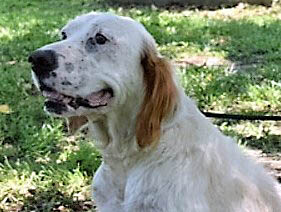 ARIELLA WALLACE – 2008-2016 – Ariella came from a North Carolina shelter with the worst case of heartworm my vet had seen. She was also suffering from several tick borne diseases. I met Ariella’s transport on my birthday and she passed 6 weeks later at home in my arms. She was so terribly ill and anemic that her heart just gave out. I had adopted her a few days before and the vet was awaiting blood for a transfusion to try to buy her more time.