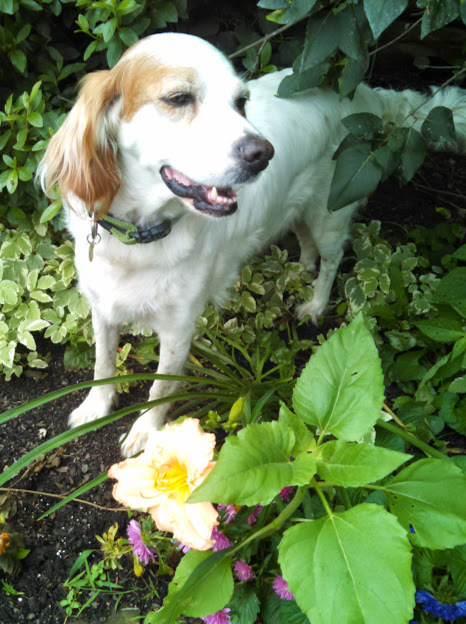 ARABELLA WALLACE – 2006 – 2014 – Arabella came to me at age 6 or 7 from an Alabama shelter, heartworm positive and with mammary tumors. After she was heartworm free, she had surgery to remove the tumors. Alas, some were benign but apparently some were not. Eventually, the cancer found its way to her lungs and she passed a little over 2 years after she arrived. I absolutely adored her. She had the sweetest nature and loved to dig. After the cancer metastasized to her lungs and walking a distance became to wearying for her, I wheeled her in a cart into the woods so she could dig out the critters that so enthralled her. She had a good dig the night before she passed in my arms.