Good with Cats:  Unknown, but she does bark at the outside cats so I think not

Behavior:  Frida is a love bug; she really loves a good lap!

Activity Level:  Like most setters, Frida is pretty laid back in the house but loves to run in the yard.  She plays with the other dogs in her foster home, and she loves to roam the yard looking for birds or squirrels.  She is fairly birdy, and she was a hunter in her native Greece.  She is not gun shy.

Fence:  Frida would need a fenced yard or a really good exercise plan, which would include some off- leash time in a fenced area.

Medical History:  Frida is spayed, microchipped, and UTD on all vaccinations.  She is on HW preventative and flea/tick preventative.  Frida did not test positive for anything, but other dogs in the kennel she came from tested positive for giardia and hookworms, so she was given preventative treatment; that has all been completed.  Frida is from Greece where Leishmaniasis is endemic. She has tested negative, but the parasite can remain dormant in the system. Potential adopters must be willing to commit to annual testing for the next 7 years. Your vet can draw the blood and send it to the lab. The test typically costs $120-150 but varies from vet to vet.

Foster Comments: This girl is just a totally sweet setter.  She is very people oriented.  She gave kisses to her foster mom the day she met her and was very loving.  Then when foster dad came home that evening, she was REALLY excited!  She really loves him, and loves climbing up in his lap for a nap.  She kennels easily, although once she learned the doggie door, she was given free roam privileges in the house.  She is very tolerant of our new 7 month old pup, and the pup just follows her everywhere.  We were told that she had 4 litters of pups in Greece, and the momma dog in her shows.  We have another foster who is 1 year old, and Frida plays with both of the youngsters, with a few “mama dog” corrections thrown in every now and then.  She would love to have a doggie companion in her new home. She is still learning English commands; she has mastered Sit and although she does come when called we have not yet mastered the Off command (for counters more than people).  She is a counter surfer; so I’ve had to remember to move things farther back or put them away quicker.  We are working on this behavior but it is not perfected yet.  She does need to be tethered or crated in the car, as she tries to get in the front seat and ride in your lap. 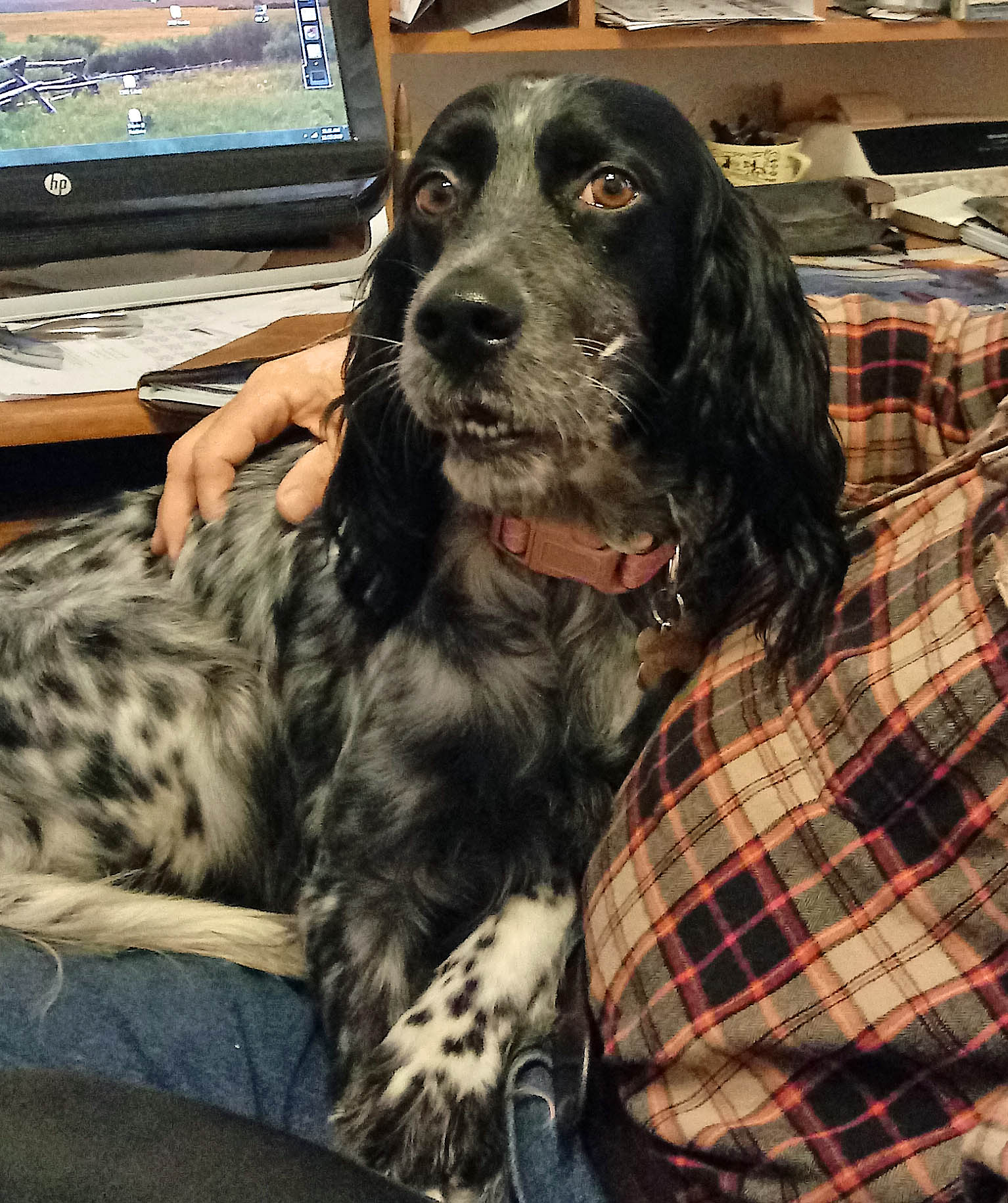 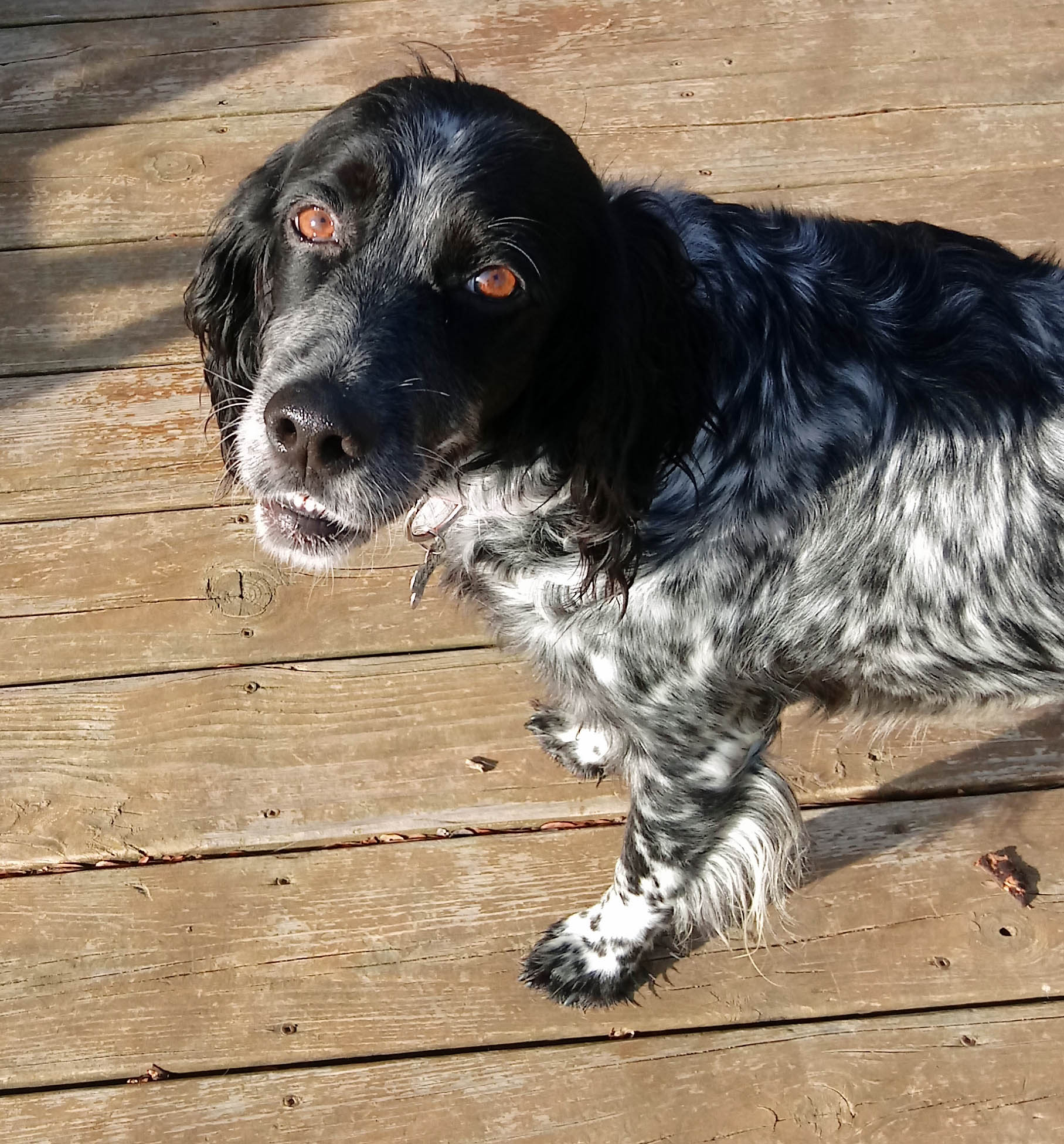 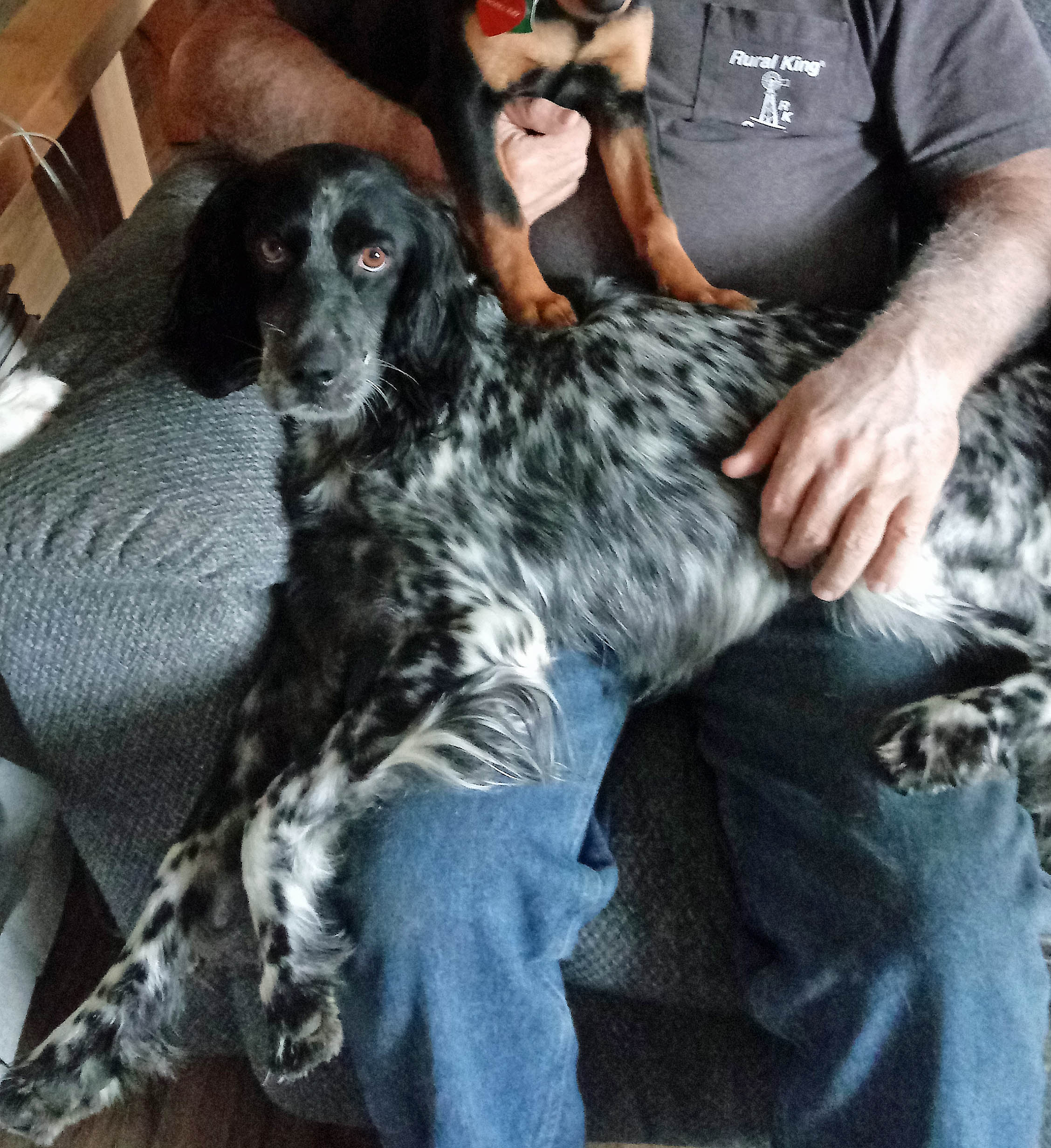 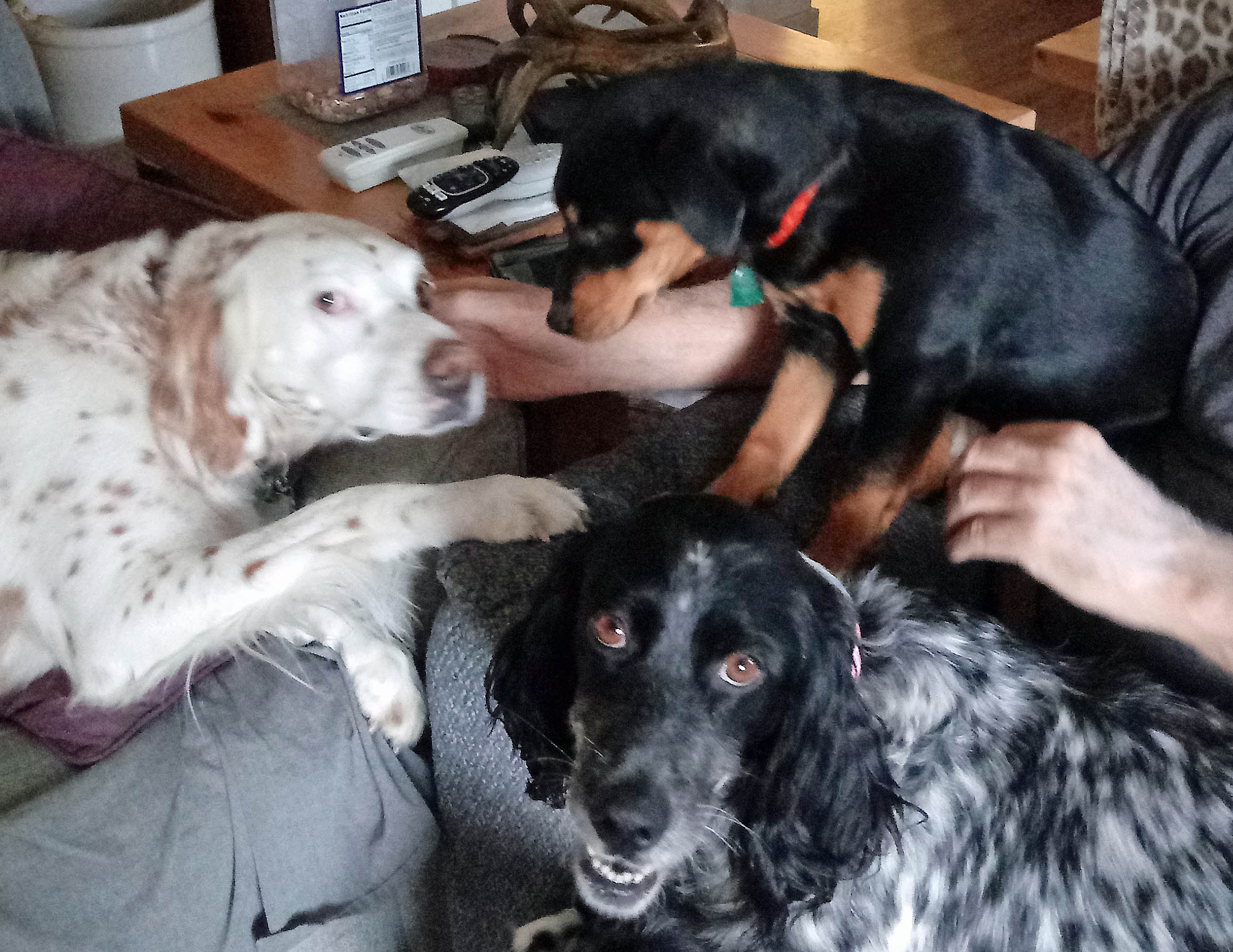