Good with Children: we believe so, he loves everyone.

House trained: We are working on that but he is making good progress.

Crate trained: Yes.  “kennel up” and a couple pieces of kibble do the trick.

Leash trained: At times he is good but he gets very excited of he sees a something he thinks is prey and will pull. If he is given a lot of lead, he will walk and crisscross (sweep) in front of you. In areas with lots of trees, he walks with his eyes to the sky looking or the birds. He has been kind of become his foster mom’s walking buddy.

Behavior: Extremely sweet and believes that everyone is his best friend. To us, he is a normal Silly Setter boy that is just learning to live the life of a family member. I’ve not found a treat that he really likes but he loves his kibble and is happy to use that in place of other treats which works just fine for me. He is a nervous car rider and will get sick, I am hoping as he learns to trust his new family, that will get better and good things come when riding in a car.

Activity Level: Active. He enjoys going outside and “hunt” birds.

Fence: physical fence is a must; he enjoys being outside watching what the birds & squirrels are doing.  He has not tested his foster’s 5’ fence.

Medical History: There are no medical issues, he is very healthy. Neutered, UTD on vaccines and heartworm negative. On flea & Heartworm preventative.

Foster Comments:  Orville was found as a stray in Utah.  Up until that point, we don’t believe he lived indoors so he is still learning how that all works. He moved into our home with a happy-go-lucky attitude that hasn’t changed at all even with all the changes he has had.

He is pretty excited when coming out of his crate in the morning to go outside and he is super excited at meal times.  He has had a hard time understanding he has to sit for his meals but he is getting the hang of it. Because of our cats, he has not been allowed on our bed but he does settle in on the couch.  We have introduced him to some toys; he isn’t too sure what to do with them.

He is has been respectful of items on the counter.  He still has some puppy mouthing that he does on my sweatshirt sleeves, which is normally during that excitement period of coming out of his crate; he is just having a hard time expressing his joy. He does use his outside voice when playing outside. He loves playing the “chase me” game or just hunting sparrow with his foster siblings. When he is outside, he is in constant motion.  When Orville first go to me, I was worried about him being outside with my toy breed dogs but he has showed no interest in them.

Orville would be the happiest with a family that is able to spend a lot of time with him on walks or trips to the dog park.  He wants to make you happy, he just needs continued guidance.

UPDATE 5/14/19:  Orville is truly one of the happiest fosters I’ve had, he is always smiling and ready to go.  He loves attention and being around his foster family. He just wants to be by your side all the time…unless there is a little critter to get. We finally found a toy he loves, he hasn’t been destructive with it either.  If bored, a regular stuffy dies.  He does let me know if someone takes a toy from him, I just find that endearing. He has not had any accidents but because he is not trusted with cats, we never leave him unattended out of his crate. When he does need to go out, he doesn’t vocalize it but he gets antsy and if you ask him if he needs to go out, he will run to the door. His first bath was very scary for him but he settled in and enjoyed it, he just needed to hear he was a good boy. Orville is extremely playful with the other dogs.  He can play pretty rough at times so we will not let him go to any homes with any small animals in the house. He is very food driven so he has “sit” down pretty well with treat reward.  He is also picking up the hand signal for that. He is learning “leave it” but if the temptation is too high (for exp. my cats.), I’ve not been able to call him off.

He needs a family with will continue to use positive reinforcement training and he will be a fantastic addition. 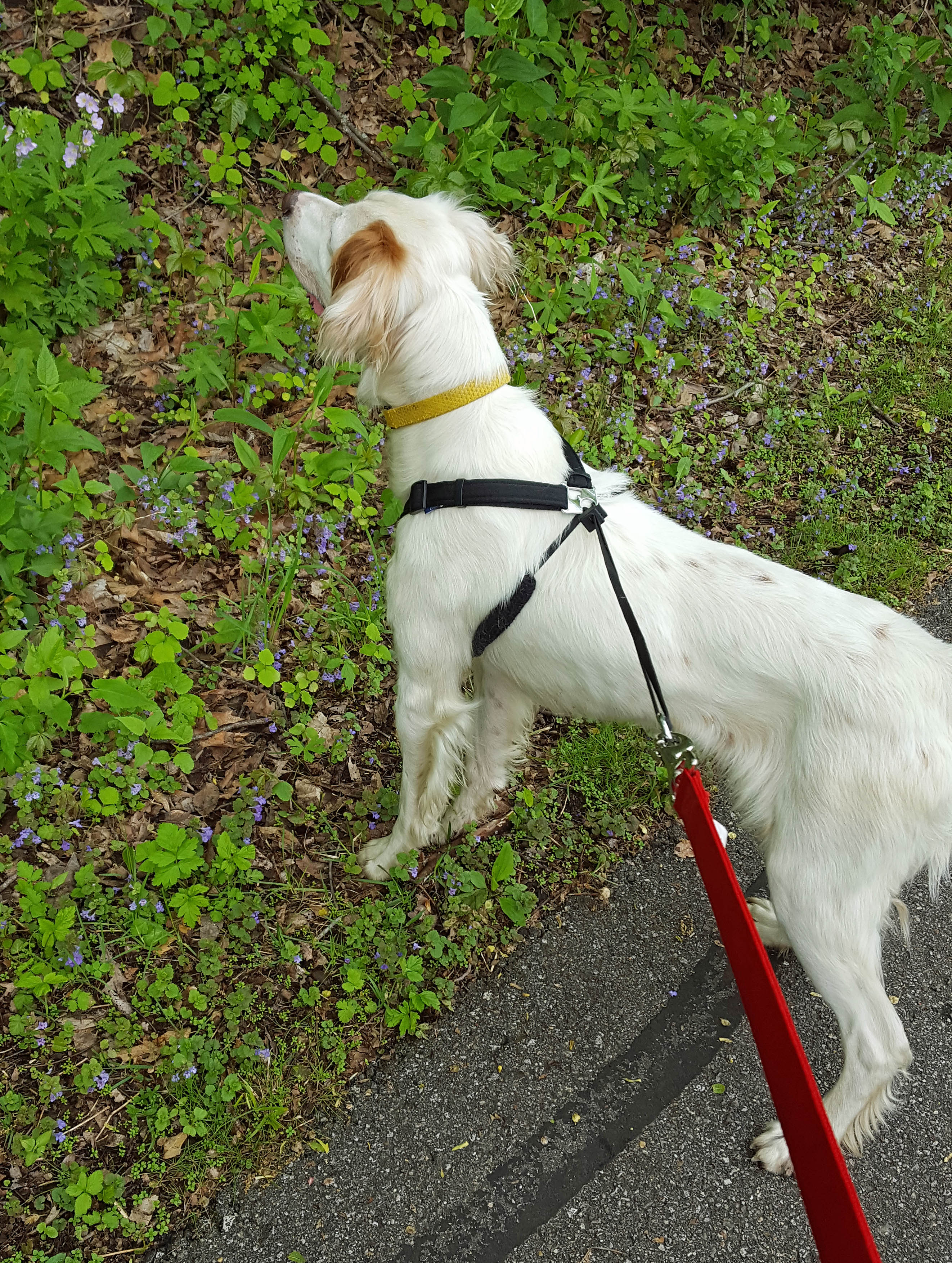 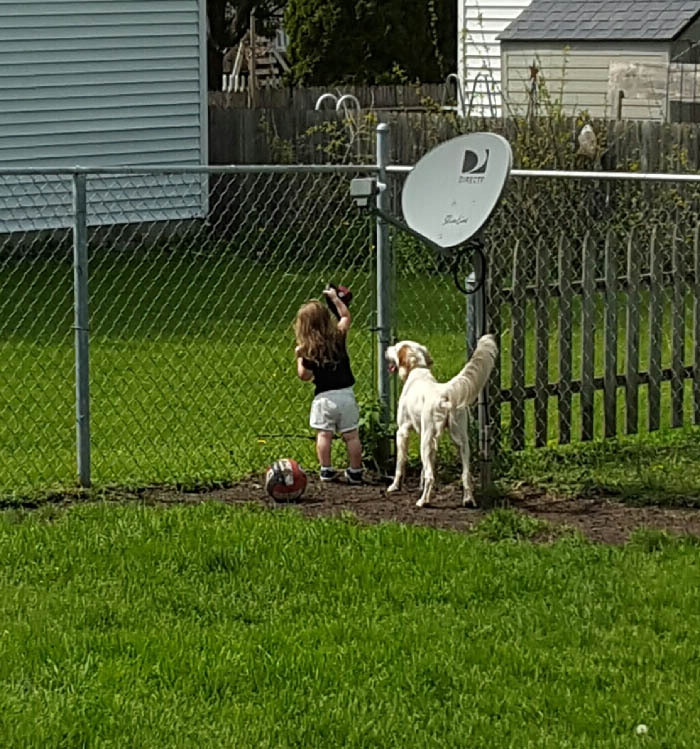 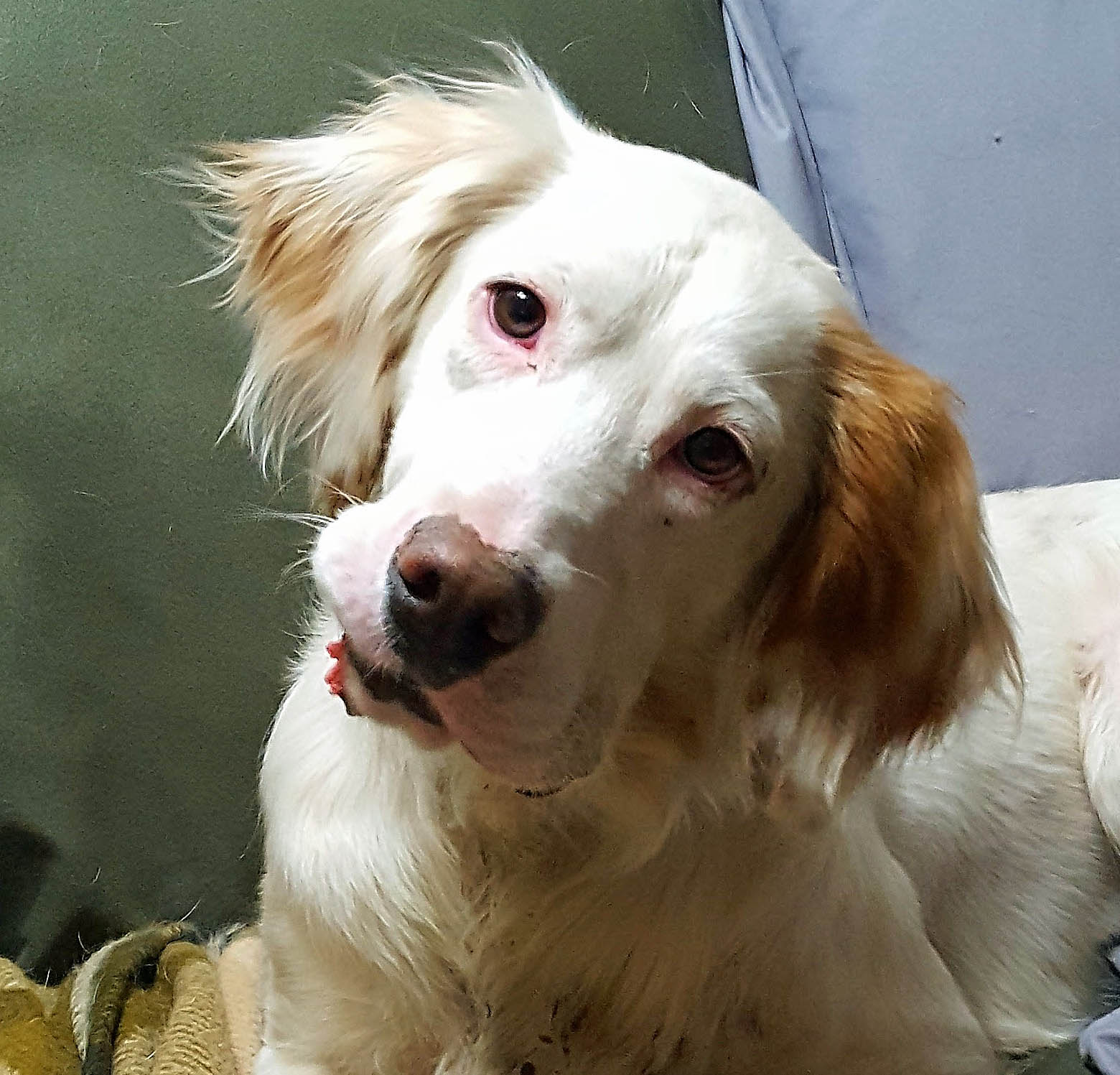 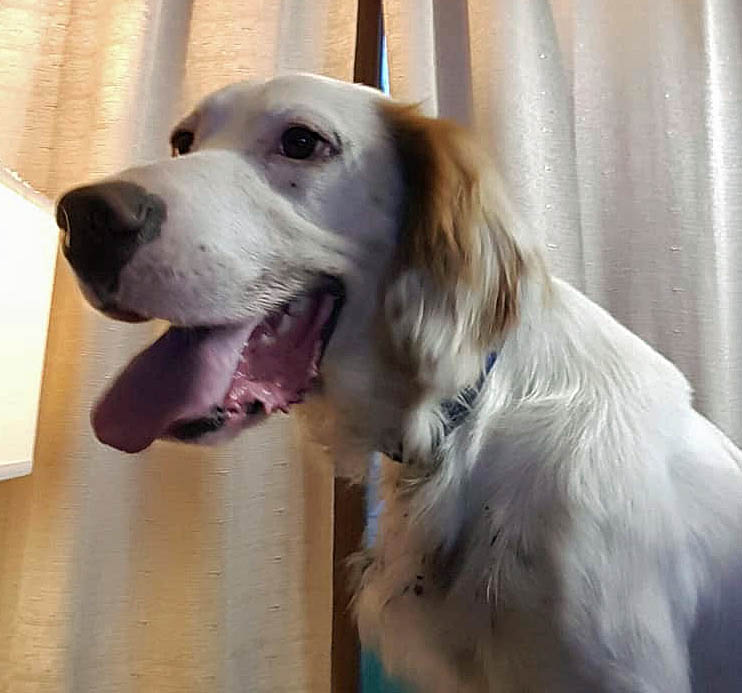 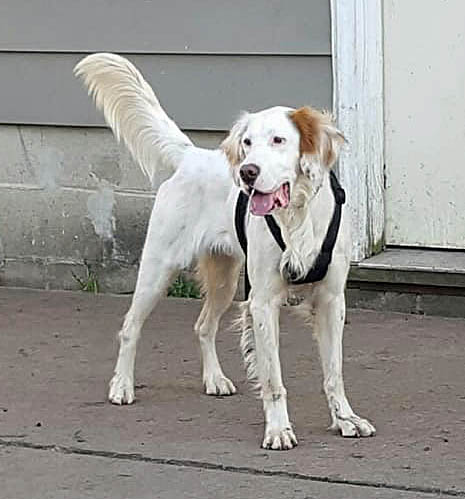 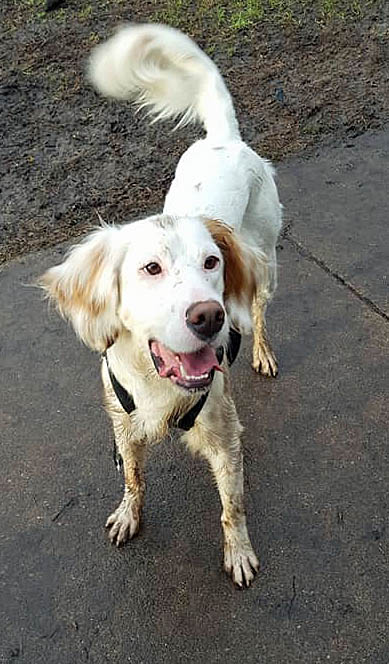 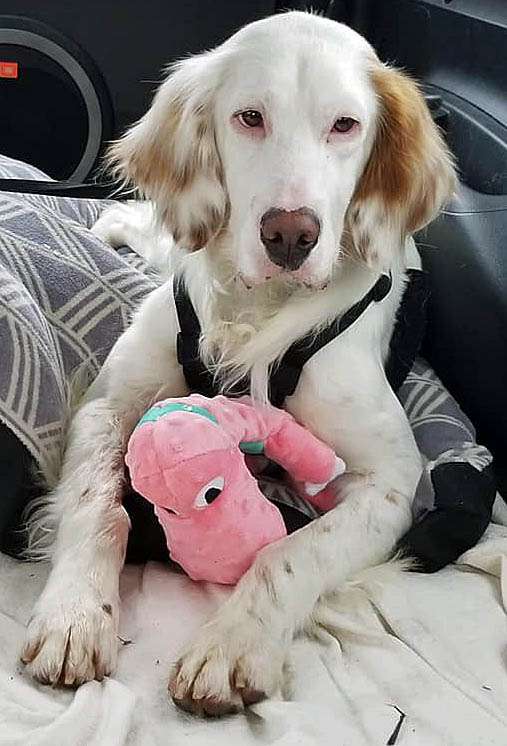 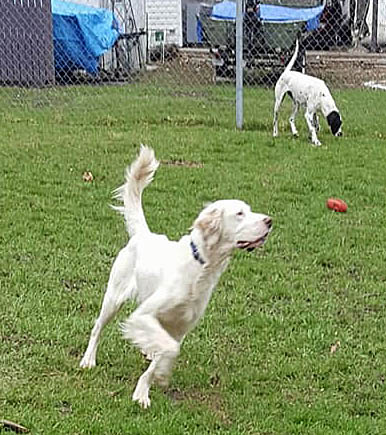 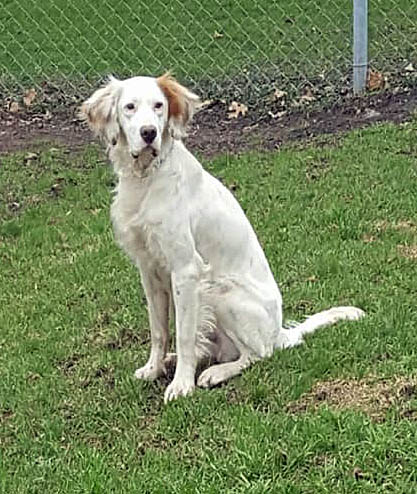