Breed:  His rescue papers indicate he’s a Springer.  He looks like a small Portuguese water dog to us.

Good with Children:  Yes.  Ralphie is great with the three children in his foster home (9 – 13 years).  He’s done well interacting with the neighbor boy who is 3 years old.

Good with Dogs:  Yes.  Ralphie is a wonderful pal for our dog and is very social with other dogs at the dog park.  He would love to have another dog to play with and keep him company.  When Ralphie’s been to the kennel for boarding, we initially put him in his own room and he cried and whined until they moved him into the same room as our dog.

Good with Cats: Yes.  Ralphie does fine with our cat.  He sometimes tries to play with the cat but basically ignores the cat, including when the cat tries to steal from his food bowl while eating.

House trained:  Yes.  Ralphie will bark to go out in the morning.  He gets regular walks first thing in the morning, mid-day, early evening and before bedtime.

Crate trained:  Ralphie has crate-anxiety.  We started keeping him in the crate at night and when we went out during the day, and he whined and cried.  We played music that seemed to help.  Even with the music, if he woke up in the early morning before anyone else, he would whine, cry, bark and chew his bedding.  We found that he does fine out of the crate overnight gated into the kitchen/dining area.  Our other dog is crate-trained, so Ralphie sleeps on a bed outside of the other dog’s crate.  During the day, Ralphie will lay down in his crate (or the other dog’s crate) and sometimes we crate him for shorts periods of time with a stuffed Kong or bone chew so he can associate positive feelings with the crate.

Leash trained:  Yes.  Ralphie loves walks.  Ralphie walks loose leash with occasional light pulling when he smells something interesting.  The kids can easily walk Ralphie.  It is evident that he’s had prior leash training.  He knows to sit to get his harness on and off.  With prompting he will “stay” until the “let’s walk” command.  On the walk, he’s attentive to his human, looks for eye contact, with prompting will sit and wait at an intersection.  With a little effort into leash training, he could be the perfect walking partner.

Behavior:  Ralphie has a happy disposition, loves getting attention and is responsive to direction.  Ralphie will greet excitedly by jumping to to get attention but responds to sit and stay commands to wait for attention. It is clear that he has had prior manners training.  He does not jump on the furniture.  If he is playing with the other dog and follows him on the couch or bed (the other dog is not as well trained!), with direction Ralphie will get down and stay off.  Ralphie appears to have good recall and will return off leash.  When was in temporary foster care, he had a big fenced yard and returned when called.  He does the same at the dog park.  Ralphie does not beg or try to get on the counters for food.  If he enters the room while we are eating, he responds to the direction to leave and stay in the hall.  If Ralph picks something up in his mouth during a walk, he will allow you to open his mouth and remove the item.  He will bark when someone approaches the front door, but is excited and happy when the person comes into the house.  He has not shown aggression toward anyone.

Activity Level:  Ralphie has normal puppy energy—he enjoys playing, running and jumping. When he’s outside and wants to come him, he barks and repeatedly does a spunky jump where all four legs spring off the ground.  When he starts running he springs his hind legs into the air, almost causing him to tumble.  Once Ralphie works off the energy, through a long walk or trip to the dog park, he’s delightful little guy.  He loves to initiate play with our dog and amusingly tries to get two tennis balls in his mouth if you throw them for him.  He likes to chew and will need plenty of chew toys lying around.  We have had no issues with him chewing on anything inappropriate.

Fence:   Ralphie’s foster home yard has a fence but it is not large area for running.  He’s shown no interest in trying to escape over the 6 foot fence or the deck railing where he spends time.  When in the fenced area at the dog park, he shows no interest in trying to escape or find an exit route.  He would do fine unsupervised in a fenced in area especially if there is another dog to play with.

Medical History:  Ralphie is healthy and current on all shots and vaccinations, including those needed for boarding at a kennel.   He is on heartworm preventive medicine and flea/tick prevention.  He had intestinal worms, completed his treatment, and got a clean bill of health.

Foster Comments:  According to Ralphie’s temporary foster, Ralphie was found in central Pennsylvania and despite considerable effort his owners could not be located.  Although he did not have tags, it seemed he must have been well cared for because he was wearing a Seresto flea & tick collar.  When he was on the run, Ralphie was most likely wearing a Gentle Leader head collar (reduces excessive pulling, barking and jumping) that he eventually freed himself from as he has hair loss across his nose where a Gentle Leader is worn.  Ralphie shows no signs of having been abused.  He has a lovely temperament and no behavior issues.  Ralphie would do well in a home with another dog, where being crate trained is optional.  He’s a sweet boy and will most certainly bring joy to his forever family. 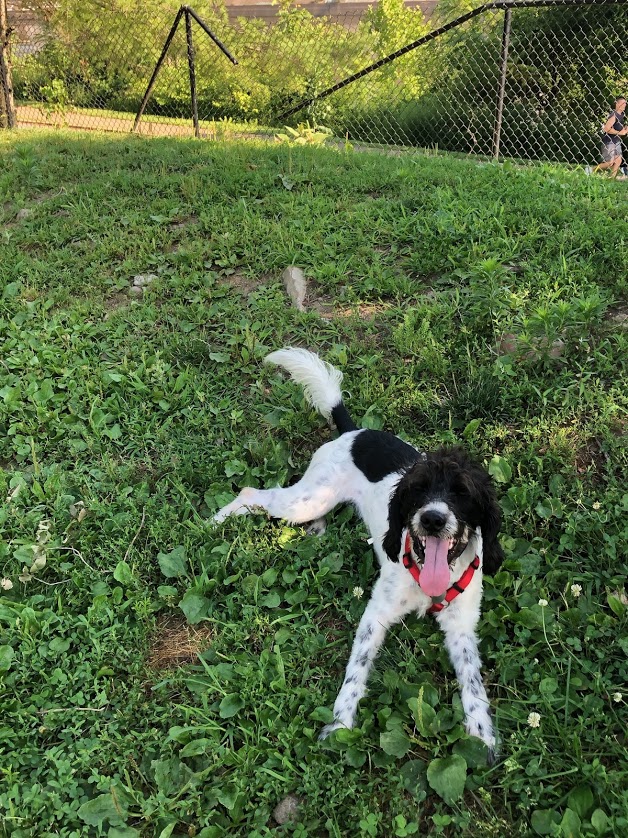 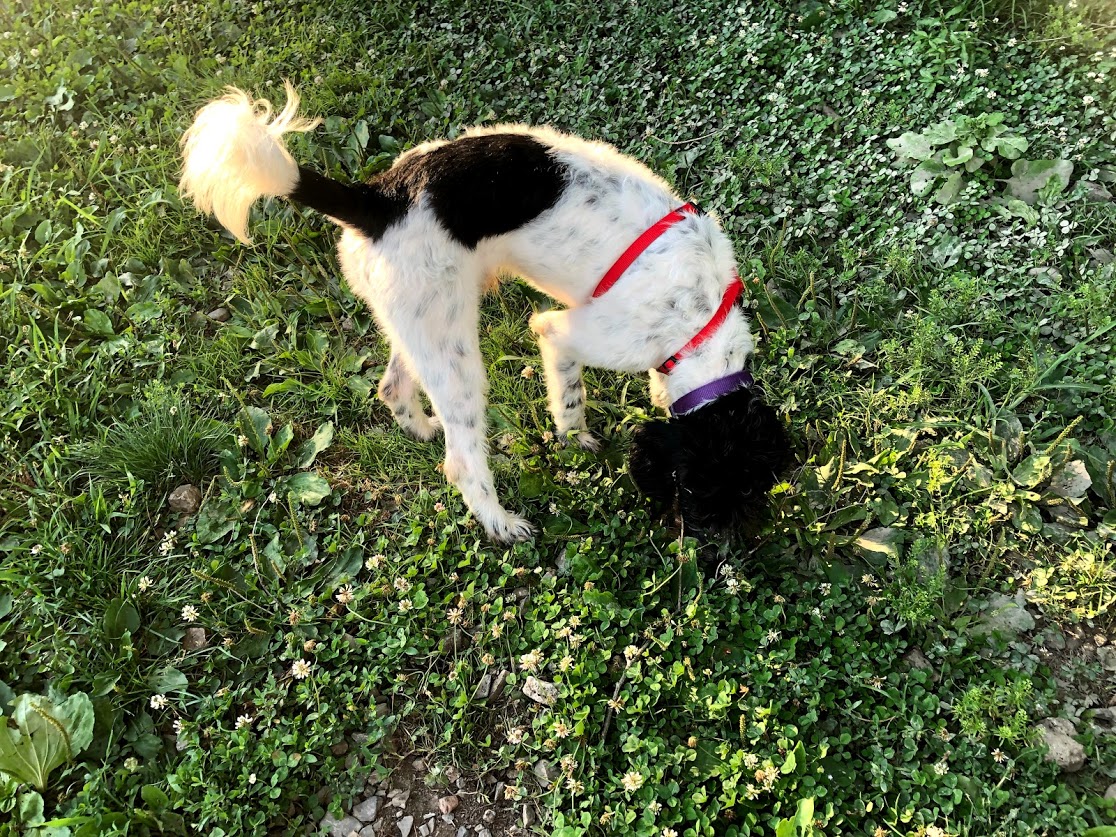 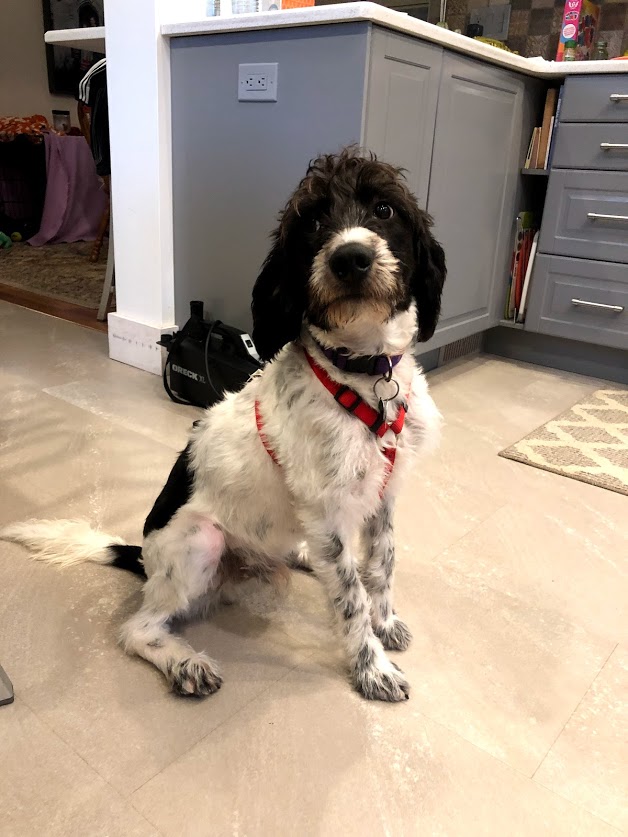 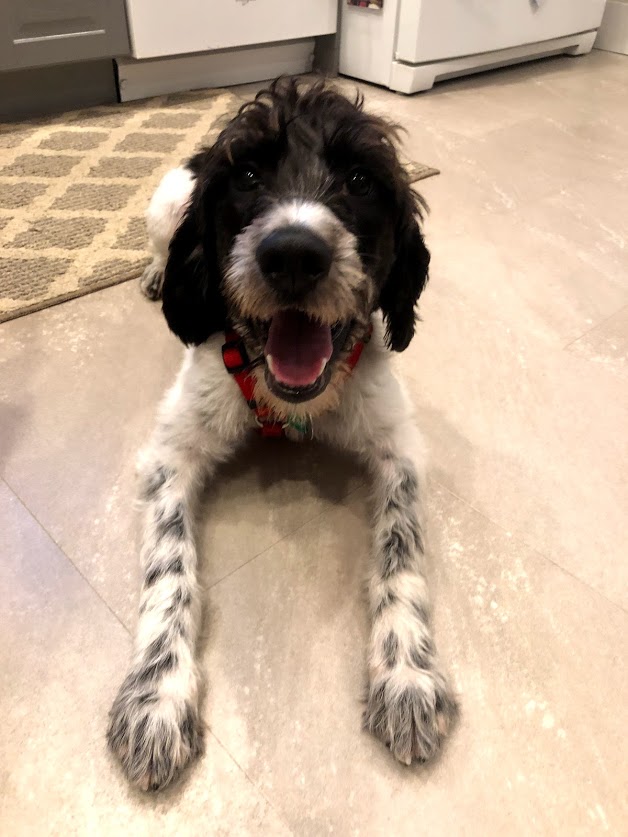