Socialization/training: Loukas has had no formal training and is still learning a second language!Right now we are doing more with acclimation to a new environment and learning that people can be his friend than commands.  He is learning treats but is not totally confident with accepting them, many times he will accept the treat then take it to another room to eat it, other times he will reject it.  He is very gentle when he takes it from your hand

Good with Children: We have not had him around children but I see no reason why he wouldn’t be good around a calm/quiet child until he is accustomed to the noise and activity of the new household.

Good with Dogs: He gets along fine with my three.  He seems happier when there is another dog around.

House trained: yes, no accidents in the two weeks he’s been with us. He is starting to go to the door and act antsy if he needs out.  Another side of “house trained” is understanding that Loukas was a scared, mistreated street dog before his rescue.  He doesn’t know what a house is and learning doors, different floor coverings, hallways, bathrooms etc is new and takes time and patience.

Crate trained: He slept in a crate the first three nights he was here.  He would whimper a little then calm down and sleep through the night.  I have not used the crate in the daytime.

Leash trained: As a rule we’ve used a 30’ lead but when on the 6’ lead he will pull a little but he is so small that the pull is not great unless he’s had a head start on a run.

Activity Level:  He is becoming more playful as he’s grown accustomed to living here.  Laid back?,He is great inside in areas that he’s comfortable with, otherwise he is scared and will quietly stay in one place usually  the sofa or bed. etc. With time and acclimation he has become much more animated on the lead.  He got away one afternoon and ended up in the field/wooded area by the house.  He didn’t go far and waited for me to come to him but he was FAST when he ran.  He would love to be able to chase squirrels and birds, he is very attuned to finding them but there is no way he’d be a hunter.  He will run to the limits of his lead and coming running back and bounce up on his handler like he’s saying I’m still here!.  He doesn’t jump up a lot and is very gentle when he does.  I doubt he could knock anyone over.

Fence: Loukas would love to be able to run, run and run some more.  He has done well inside the past two weeks but as time has passed his desire to run has come out.  hard fence?  We do not have a hard fence.  height? invisible trained?We are beginning to introduce him to our IF.

Behavior: Loukas loves attention and will soak up as much as you want to give him.  He will snuggle up on the sofa or the bed.independent? he does fine when left alone but I feel a lot of  his “independence” is out of uncertainty.   attentive? He is very aware of his surroundings.  When eating he will take a bite then look around to be sure he’s still safe and no one will attack him for his food (a human’s interpretation).  He sneaks up on his food bowl as if it’s gonna hurt him but is doing much better.  He keeps track of where his people are,  usually watching from afar until it’s safe to come.

Medical History: Loukas is neutered,   UTD on vaccinations, Microchipped, HW and Leishmania negative.  He is on Sentinel and Nexgard (Due 1/6/20 ).

Note from rescuers:*Fakidas did not test positive for anything himself, but other dogs at the kennel have come back with giardia and hookworms, so we are giving the Metronidazole and Pyrantel as a precaution.  (I followed this up with pro/prebiotics to reestablish gut flora]

Loukas is from Greece where Leishmaniasis is endemic. He was tested negative, but the parasite can remain dormant in the system.  Potential adopters must be willing to commit to annual testing for the next 7 years.  Your vet can draw the blood and send it to the lab.  The test typically costs $120-150 but varies from vet to vet.

Foster Comments: Loukas’ story as told by his Greek rescuer: "I first saw him about 4 months ago in a village of Santorina.  I was told he was wandering there for more than 4 months and was hiding and sleeping in an abandoned car.  It took him quite a while to start approaching the people that were giving him some food.

After he started trusting humans again, I received a call that someone tried to kill him.  He managed to escape and hid in a friend’s basement.  He had a deep wound by sharp object at his neck and also a hurting leg.

He was taken to a vet that said that the wound was probably knife. "  After that she contacted Jennifer and they took over…..

I have found a scar on his neck that is probably the stab wound.  It doesn’t seem to bother him now.

Loukas is a shy ,timid  gentle little guy who is learning how to accept love, attention and treats.. He has made great strides in his time with us.  Being inside is a new and scary thing.  He is still nervous with doors and narrow passages.  He has been very afraid of coming in to the kitchen and at first needed me to stand by him, sometimes with my hand on his back, before he would eat. (He has yet to eat  kibble or drink water out of the dispenser in the kitchen.  He has bowls in the bedroom where he feels safe to eat and drink).   After two weeks, today was the first day he joined us in the kitchen while breakfast was being prepared!!  He’s finally decided that he can come through both doors to the kitchen and go to the back door by himself.

He loves being on the sofa or the bed and just soaks up any attention given to him.  He sleeps on my bed throughout the night.  He has never requested to go out after bedtime 9:30ish.    His playful side is starting to emerge but he has not discovered the toy box.  He is showing interest in playing with the other dogs but being confined to a lead makes that difficult.  We are working on being able to drop the lead to see how he does.  Even with a fenced area I would move slowly letting him be free until he feels safe and knows his place and his people.  He is more attached to me than my husband but that could just be because I am with him more.

He is still very nervous and loud/different noises scare him.  Objects that have been moved from one place to another need getting accustomed to.

Over all, I feel like he has made great strides.  I worry about moving him too soon and debate within myself to whether it’s best to let him become totally comfortable here then move him and start it all over or let him move and finish acclimating in his forever home…He will need a lot of love and patience but he’s worth it.  A very sweet loving boy who didn’t deserve his rough beginning in Greece.

I think he would do best in a home where he will not be left alone for long periods and would be happier with another dog. 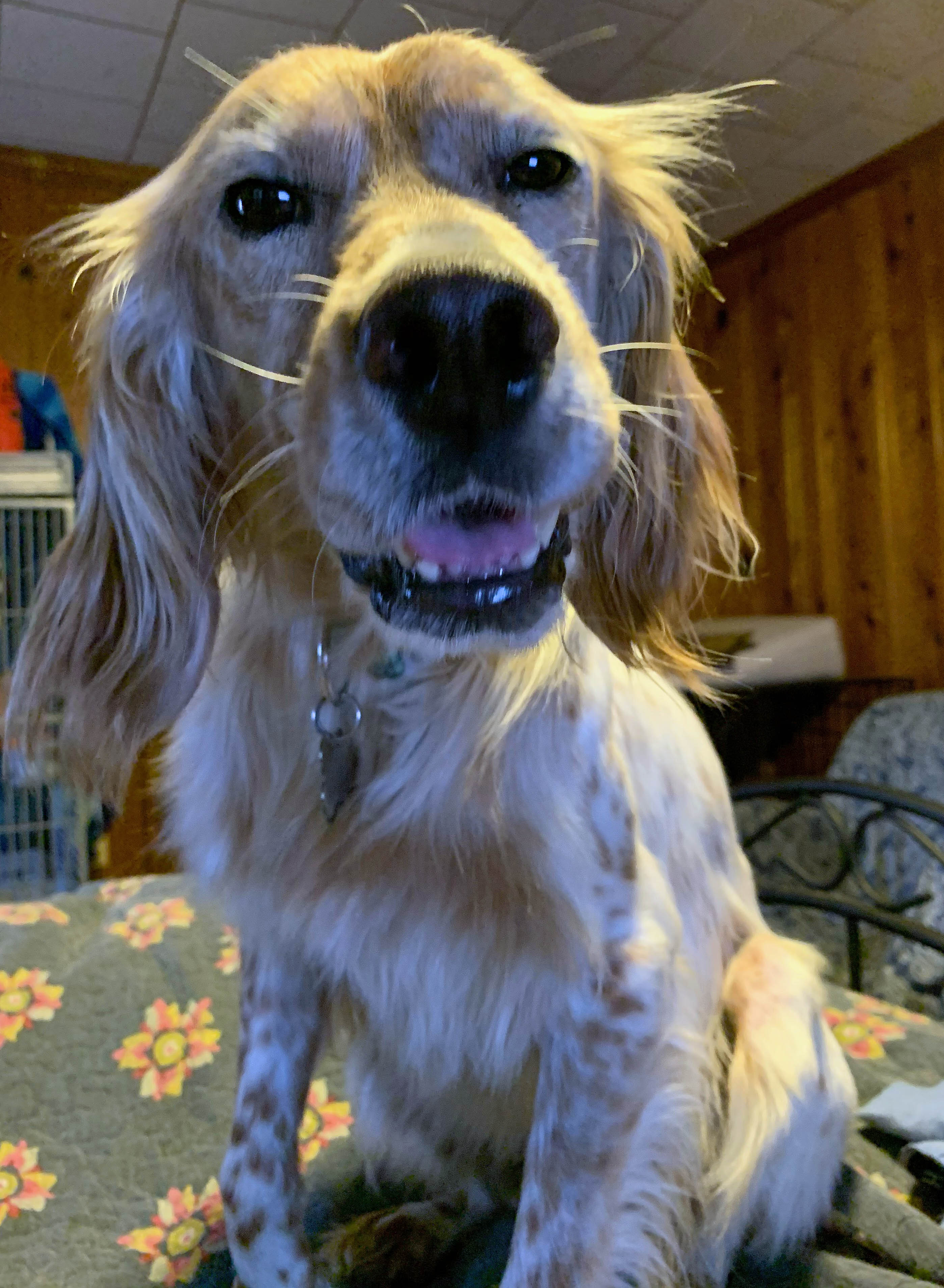 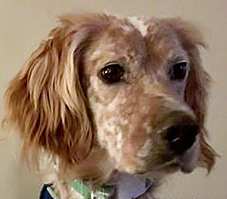