Color:  White with some black ticking and spots

Socialization/training:  Working on both, I don’t think Fiona was well socialized as a small puppy and can get in another dogs face.  I have some ex-mama dogs here who are working on it!  Training is also a work in process, but this is a very smart little girl!  And she really wants to please you.

Good with Children:  Yes, with some introductions, as she is a bit shy at first.  Then she warms up and loves to play with kids.  Probably not good with toddlers or small kids, as she is quite rambunctious and loves to jump and play.

Good with Dogs:  Yes, good with other dogs, as long as they will tolerate her puppy playfulness.  She wrestles with some of our dogs and loves to run with them.  The older ones that don’t want to play, she tends to give them kisses.  She needs an active doggie companion in her new home.

Good with Cats: She was said to be good with cats in a previous foster home.

House trained: Yes, we have a doggie door and after the first night we’ve had no accidents in the house.  Until she learned the doggie door, we took her out on a regular schedule and she was fine, no accidents.

Crate trained: Yes, she goes into her crate with the “kennel” command, and sleeps there at night.  We also crate her and one other young dog if we are leaving the house, and there have been no messes in her crate.

Leash trained: A work in progress, and we have not had the opportunity to work on this much.  She did recently receive a harness as a Christmas present, which will be good for controlling her.  She is very smart, and will learn well with some extra work on this area.

Activity Level: Fiona is very active, and is a strong dog. That said, after the first few days of total run and jump and play, she has learned to settle down in the house.  She still loves, loves, loves to wrestle and play with the other dogs, but now will also settle down with a nylabone or a toy and entertain herself for a while.  She really likes to be on a doggie bed with another dog for her morning and afternoon naps.  But after naptime, she is ready to go again!  She loves to run, and explore, in the yard.

Fence: Physical fence is preferred, I don’t know how she would do with an IF.  She needs to be able to get outside and run, as she is a very active young dog.

Behavior: Fiona is still very much a puppy!  With lots of outdoor time and other dogs to play with, she has gotten better at settling down in the house.  She still needs training, but she is a very smart girl and loves to please you.  She thrives on praise.

Medical History:   Fiona is spayed, microchipped, UTD on vaccinations and on HWP.

Foster Comments:  The first day Fiona was with us, she went running down our deck towards the yard and leaped in the air in excitement!  That pretty much describes her temperament.  Fiona is a very happy, very smart, very active young dog who loves to run and play with other dogs and toys, and love to be cuddled and petted.  She has progressed so much in the short time she has been with us, and will continue to learn with ongoing training.  I think she has great potential, and I am so proud of how far she’s come already.  I don’t think she was well socialized as a pup, and hasn’t had a lot of love and one-on-one attention in her life.  She thrives with attention!  She goes into her kennel on command, has learned Sit, and we are working diligently on Off.  She tends to jump up on you out of excitement, so we are working on that with the Off command and a water squirt bottle.  If she sees the squirt bottle, she doesn’t jump up 😊.  She will sit for her treats, and I’ve been making her wait a just a bit to get them, to work on her patience; it’s hard because there are many dogs in her foster home and she doesn’t want to sit still if they are milling around.  But we are trying to reinforce being patient.  She is more than happy to help any of the other dogs clean up pieces of treats they might have missed.  She plays well with the other dogs, and loves to play with squeaky toys and chew toys.  She can be a bit hard on toys…we try to give her toys without stuffing if possible, as those don’t last long between her and an 8 month old dog in her foster home.  She is a work in progress, but has so much potential, and a lot of love to give. 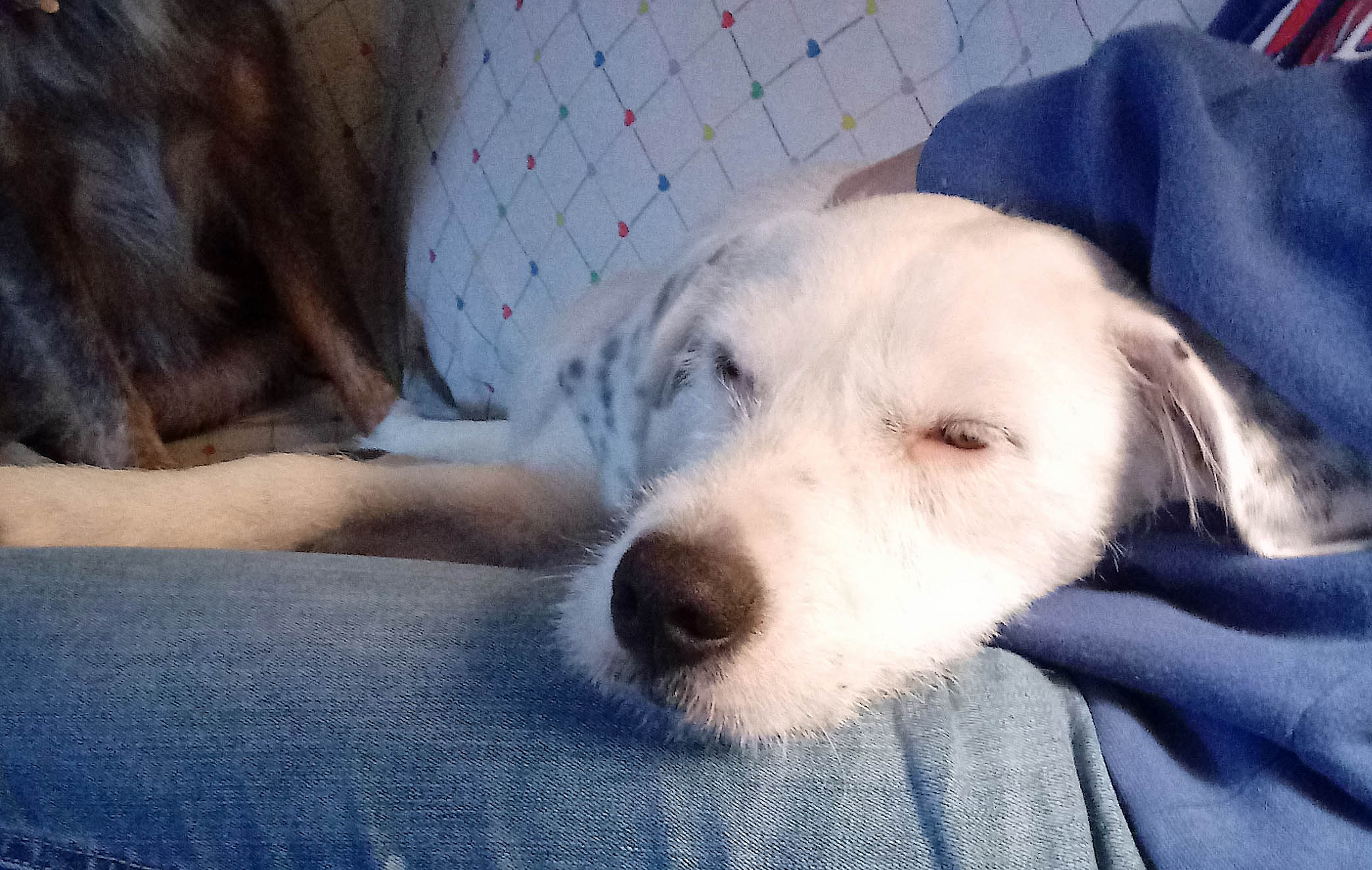 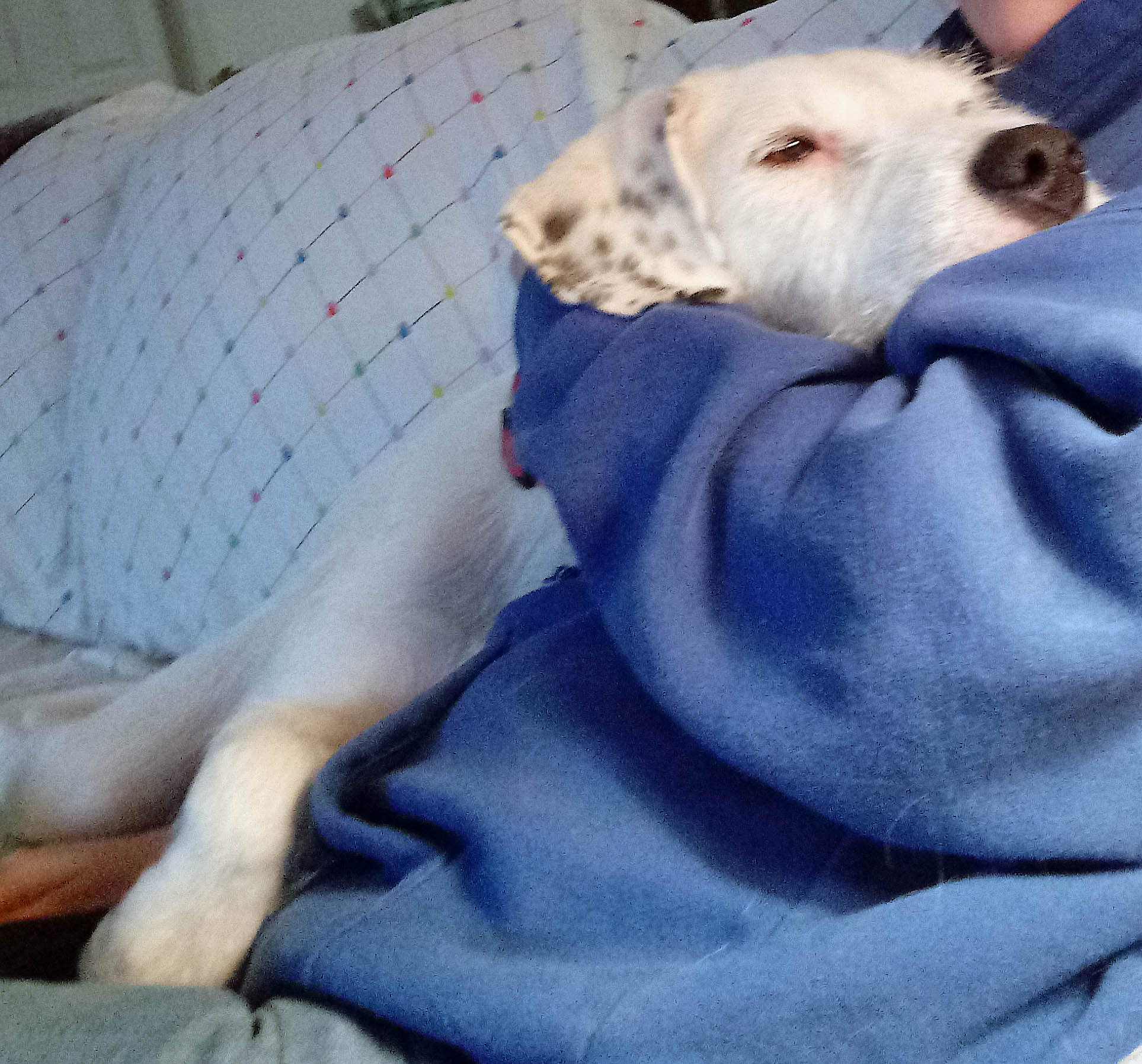 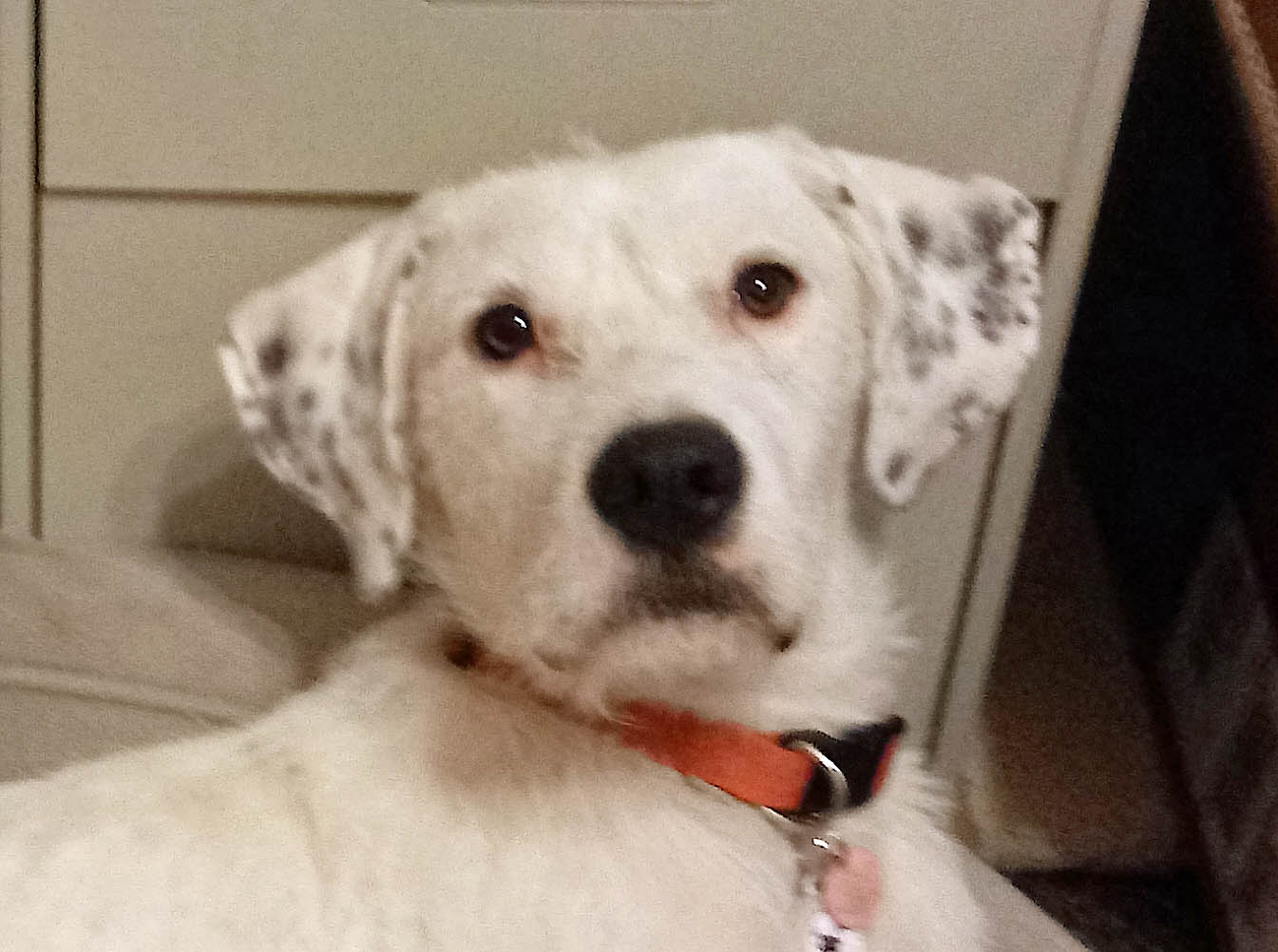 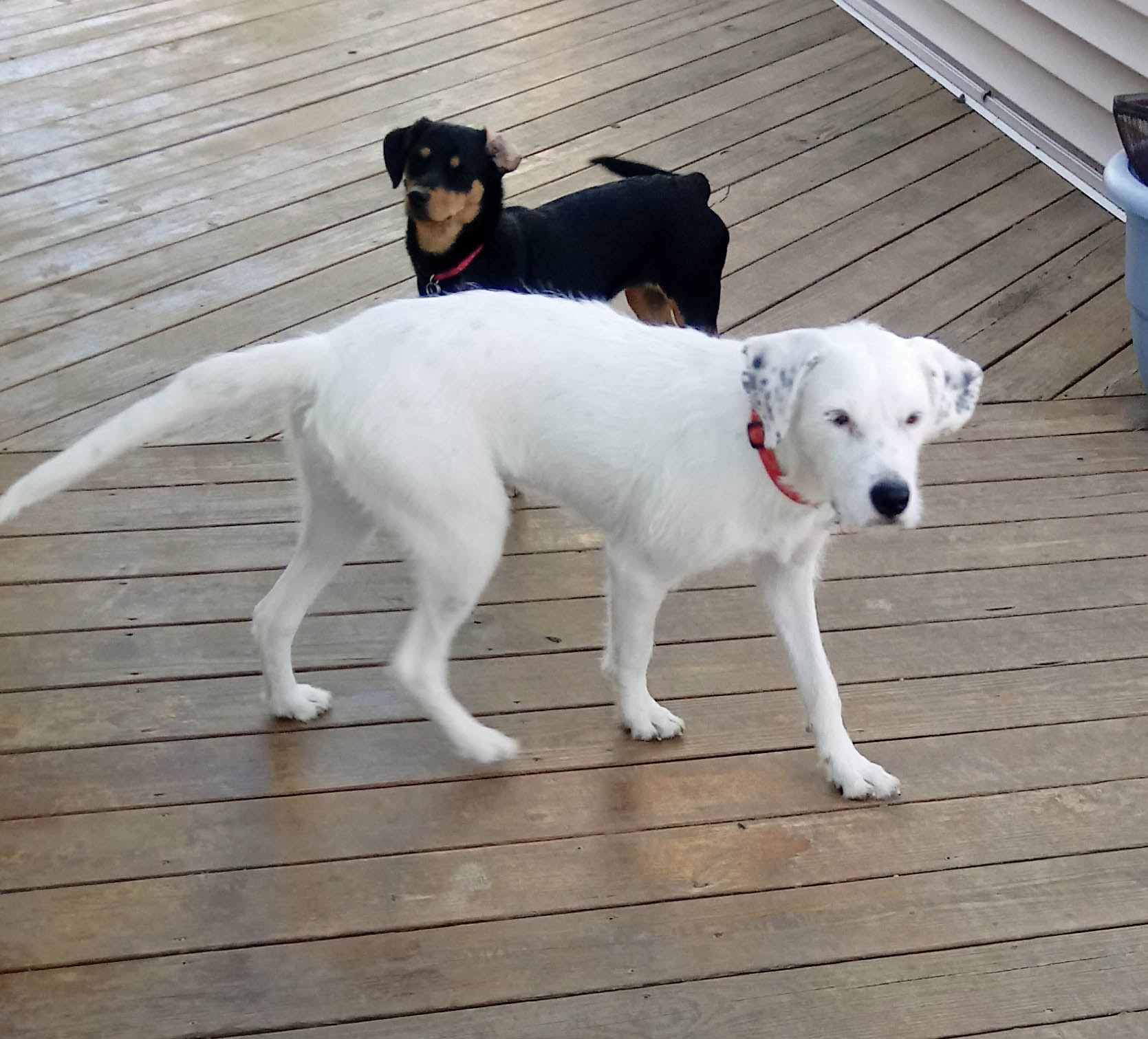 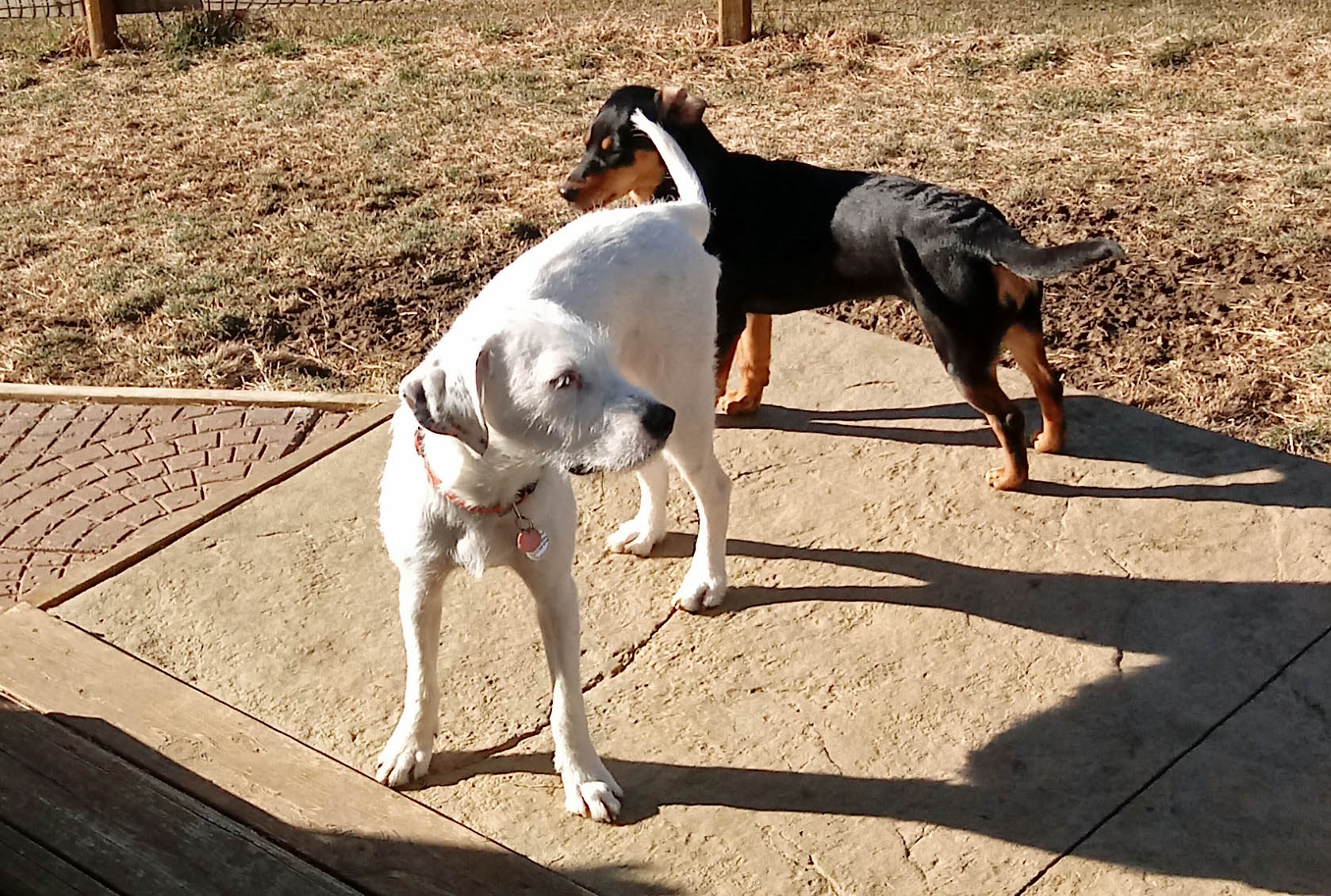 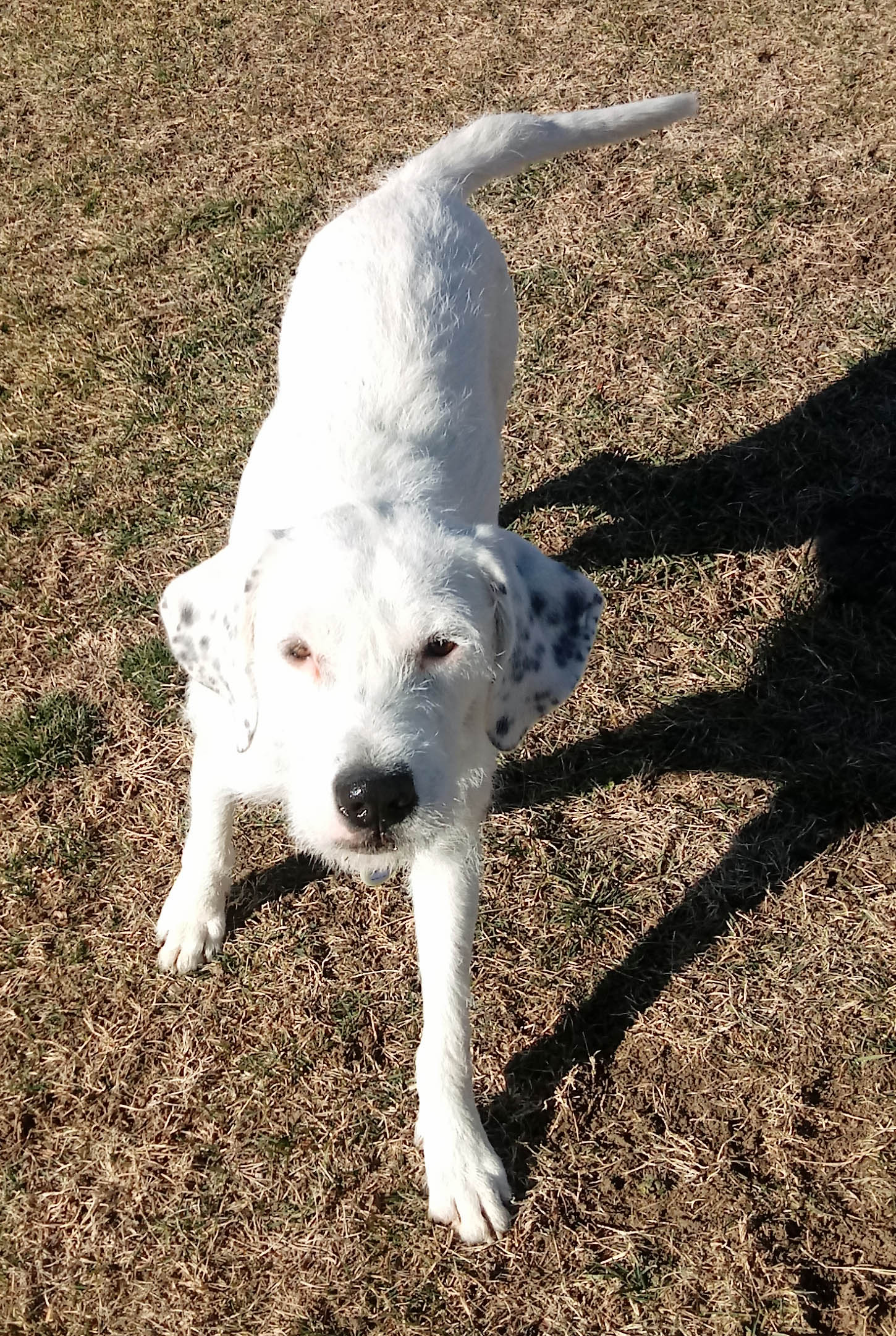