Name: Dante
Age: 15 months, birth date 10/12/18
Size: medium, weight 37 pounds
Color: black and white
Breed: English Setter from Greece so I'm assuming he's bilingual!
Socialization/Training: Lots of new experiences here in the USA for him. He's not fearful and doesn't seem skittish in new situations. I wouldn't say he's shy but he is more on the quiet side. If someone comes to the door he'll walk right up to greet them without any hesitation. His foster home has 2 resident dogs, an Aussie and another Setter both around 2 years old. He has also met and played with a few of the other neighborhood dogs. He's very friendly and more confident in the company of other dogs. I believe leash/harness walking was new to him. First time on a leash he stood there frozen, as if he didn't know what to do. With a little coaxing he took a few steps. He is doing much better with leash/harness walking. He likes to trot a little. He even chased a leaf that blew in front of him! He does not pull but will still occassionally come to halt for a second or two and then continue to walk. He knows sit, especially if a treat is involved. He responds to "come" maybe 80% of the time. We think he suffers from selective hearing when running in the yard with the other dogs. He may have picked up the selective hearing from my husband. I'm working with both of them.
Good with Children: Definitely YES! He lives with a 5 and 8 year old.
Good with Dogs: Yes, lives with 2 resident dogs and has played with others
Good with Cats: Unknown
House trained: Yes, and we cannot take credit for teaching him that. He came from Greece potty trained. He only had 2 accidents here and both times his access to get outside was blocked
Crate trained: Yes, he will go in easily if a treat is given. He is crated when we need to leave the house. He is NOT crated at night. See foster comments below.
Leash trained: doing much better but still a work in progress
Activity level: Definitely not a high energy setter! Dante is very calm and mellow in the house. He likes to take all of the toys out of the toy basket before choosing one to play with. He has also emptied the toy basket and then proceeded to play with the basket. Outside he loves to run and play with the other dogs. Sometimes inside, but not often, he has barked at the other dogs to get them to play for a few minutes. During the day he loves to chew a bone on one of the dog beds or nap on the sofa preferably next to a human. Another past time of his is to stare out the front window, we call this "watching the nature channel" or make nose art designs on the window with the other two dogs.
Fence: At this point of his life Dante needs a fenced in yard since he is more comfortable getting his exercise running in it than on leash walks.
Medical history: UTD on shots, microchipped and neutered. Dante is  from Greece so his adopters need to become familiar with leishmania and the yearly blood tests.
Foster comments: I wasn't sure what fostering a dog from Greece would be like, well let me tell you Dante is like every other 15 month old Setter. He's playful and has lots of love to share. He is also a sock, pencil, stuffed animal and anything else left on the floor chewer!!! Oh did I mention shoe and boots are his favorite. We do not crate Dante at night. He sleeps in bed next to one of the children or one of the adults or on one of the dog beds. He doesn't move at all during the night once he has his spot picked out. Sometimes he moves near the pillow and doesn't mind sharing it with you. We do keep the bedroom door closed though. He is still a little underweight so I am feeding him 3 times a day. He is gentle with taking treats. Dante is a great dog and will make a perfect addition to the right family. One of Dante's (the poet not the dog) famous quotes is "the secret to getting things done is to act" Dante, the dog, is hoping someone with act and put in application on him!
Adoption Fee: $350.00
Foster location: Schaumburg, IL 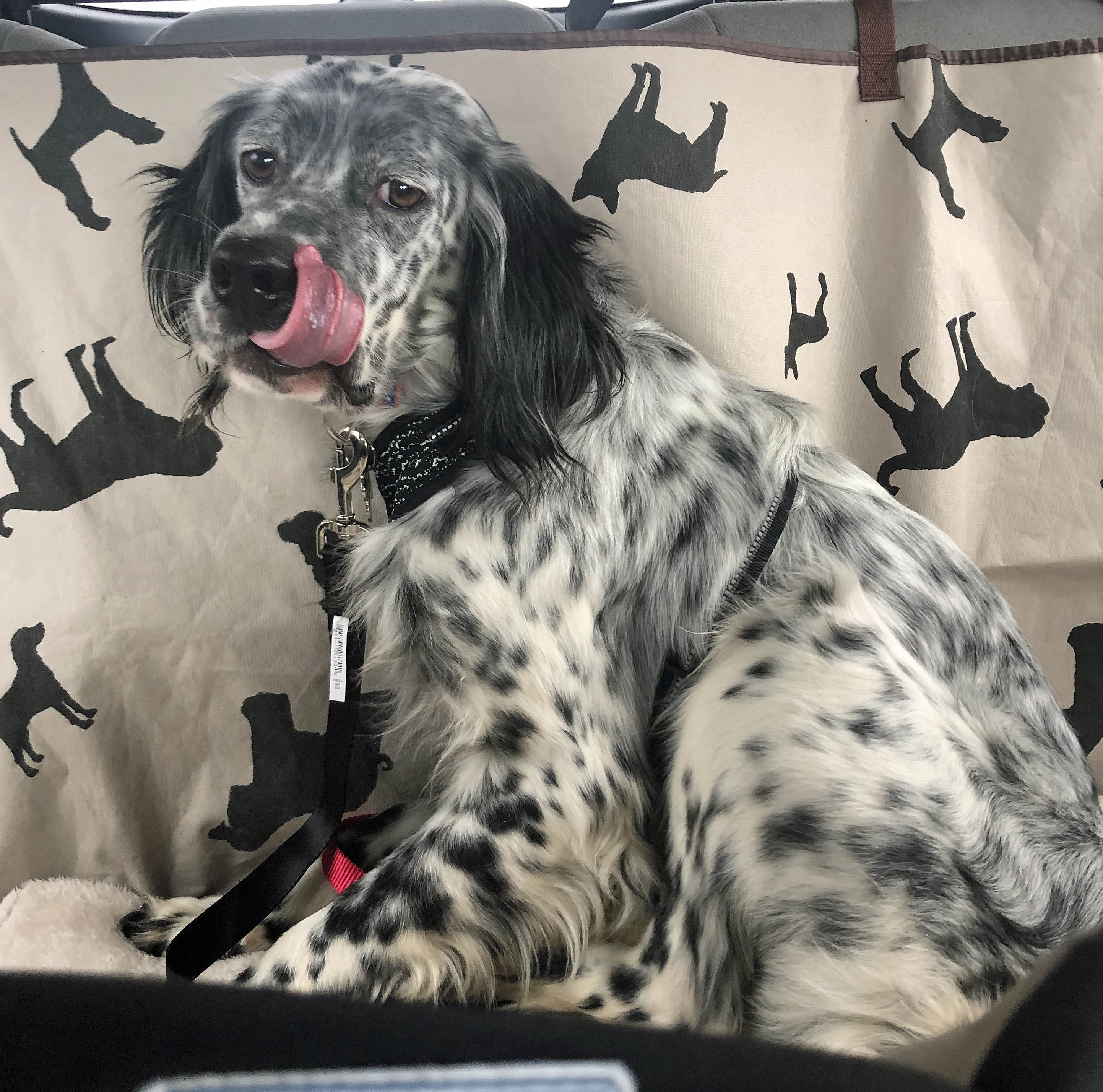 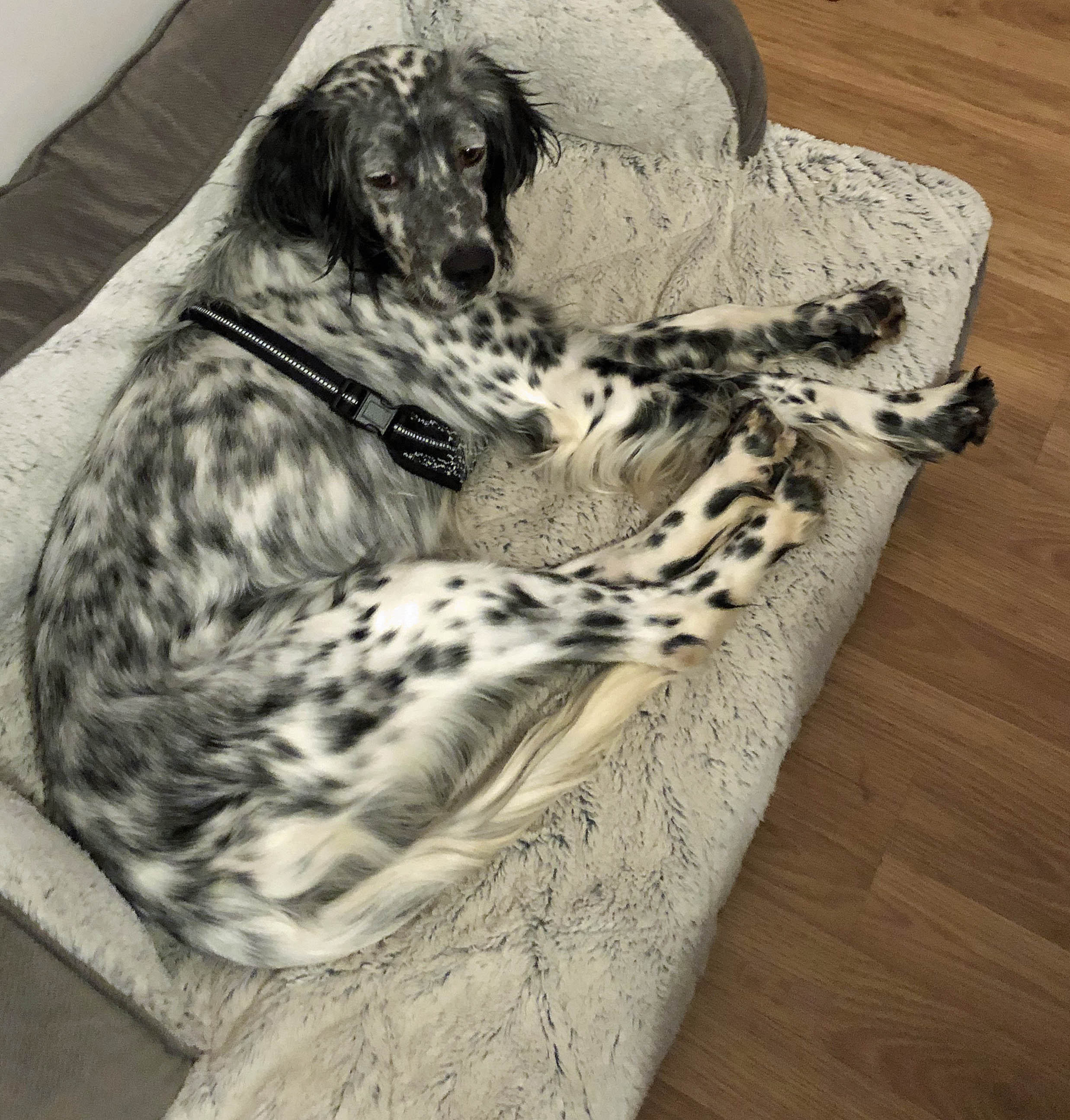 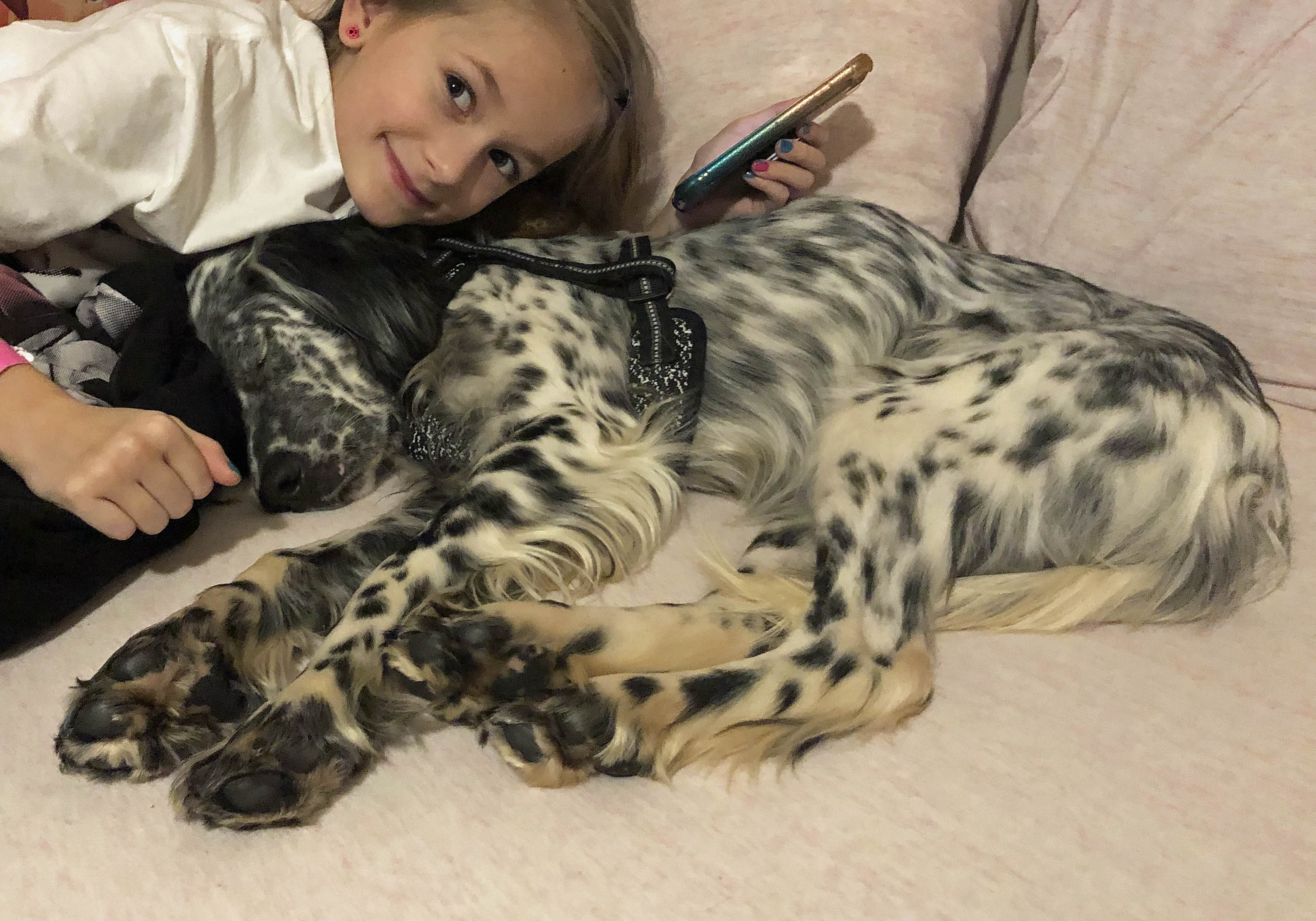 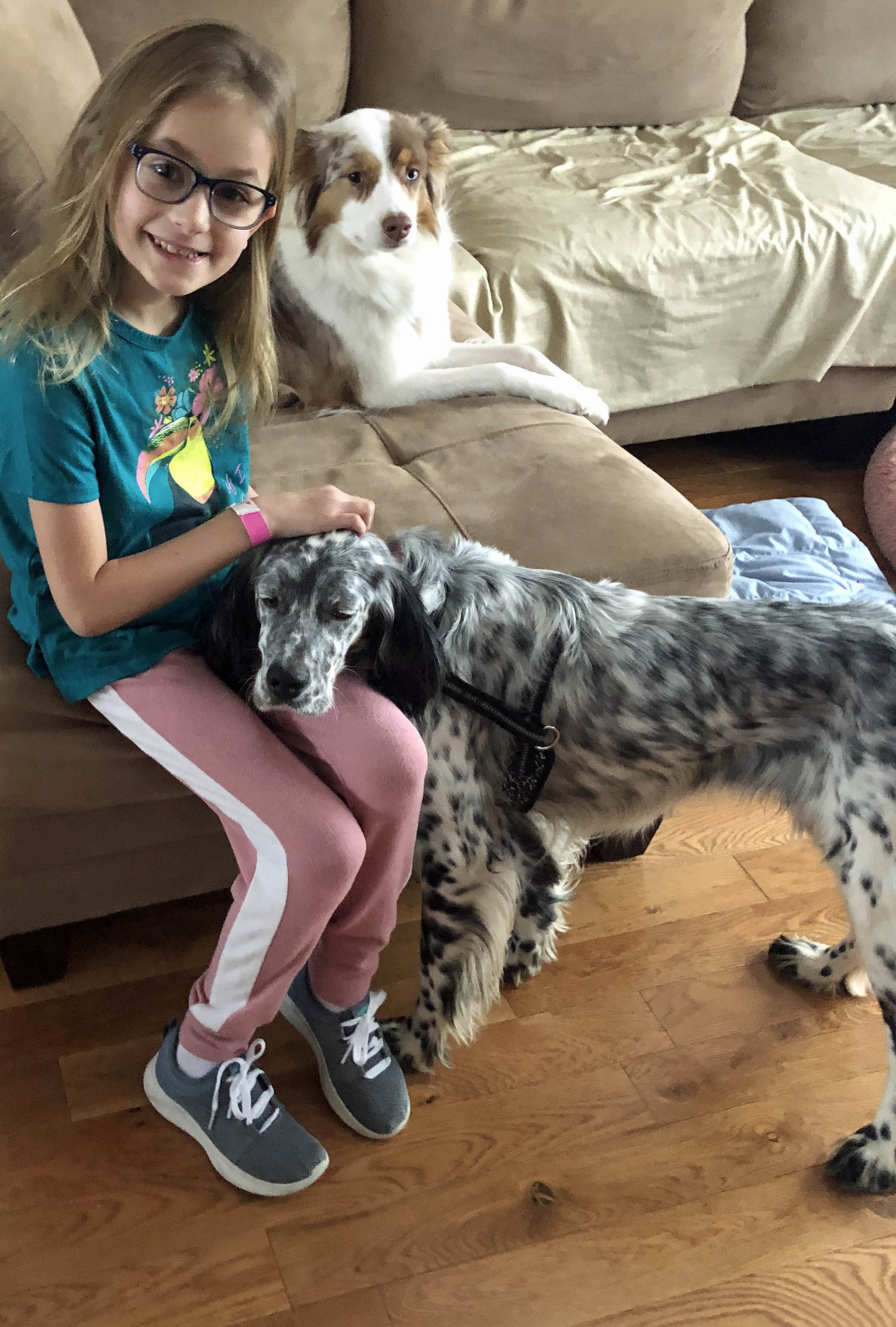 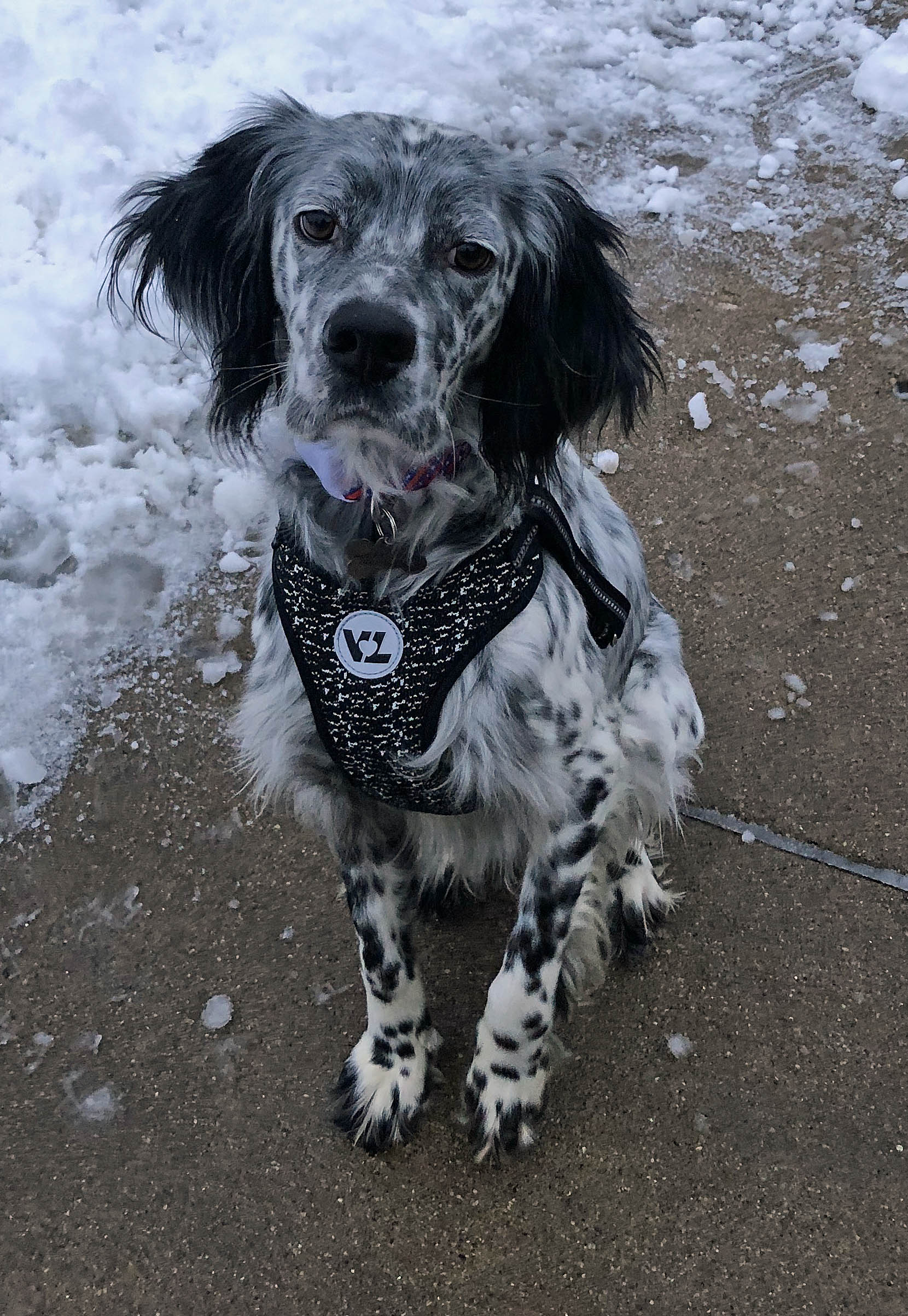 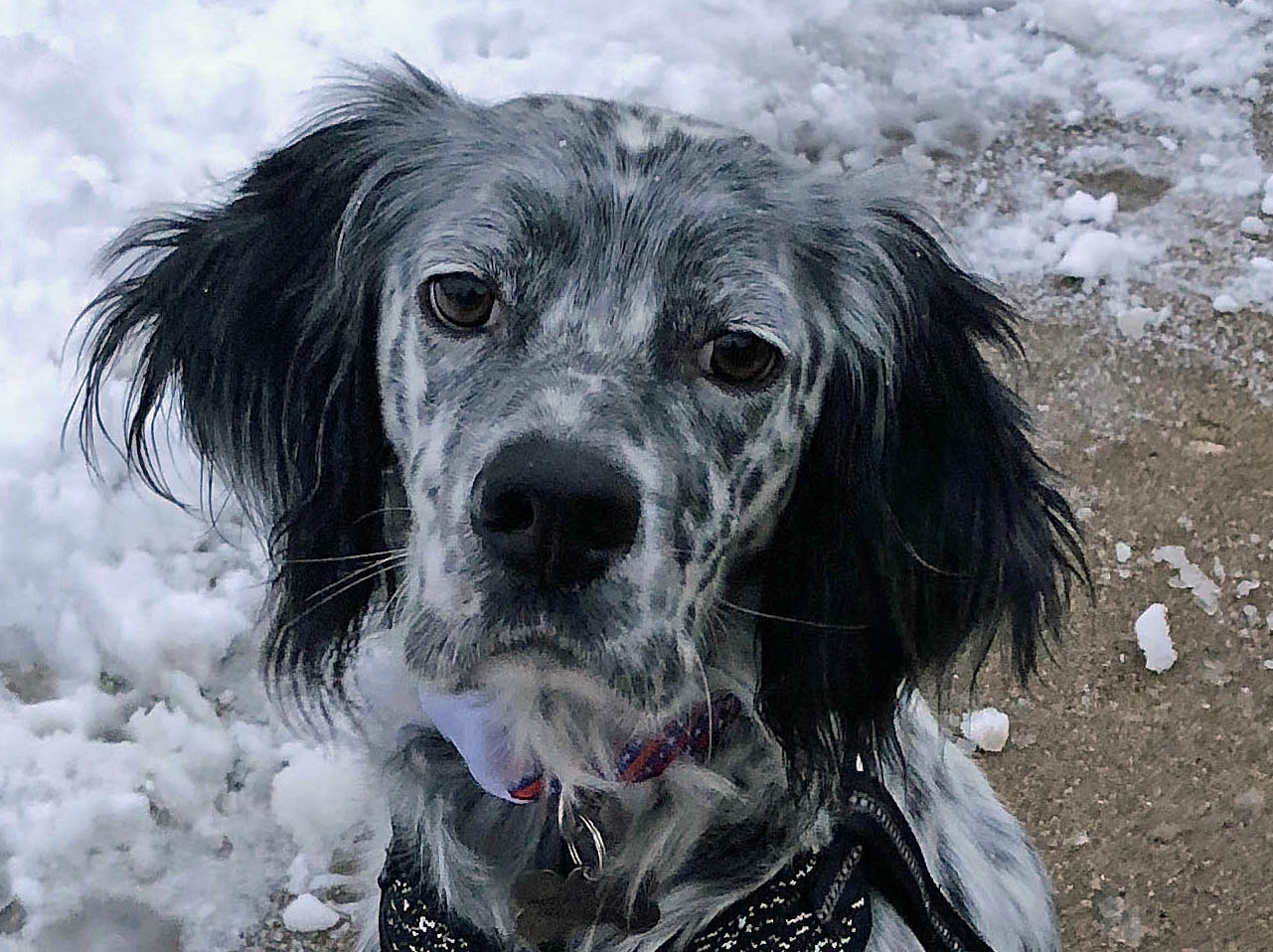