Socialization/training:  Vinny is a happy, go-lucky boy that loves to play and interact with dogs and people. He gets along well with our resident setter and any doggy friends that come to visit. He is high energy and sometimes forgets his manners when he first meets new people.

Vinny completed a puppy training course with his previous owner at Petco Positive Behavior Training. He also went through training at the Alpha Canine Training Center in Jackson, Ms. He knows basic commands such as sit, down, stay, come, and leave it. (He could very well know much more but those are the only commands we know to give.)

Vinny obeys well when he is attentive but he is very easily distracted. With more consistent work and practice I strongly feel he will be a very obedient dog.

Good with Children:  Yes. He would do best with older children merely because of his size. He often forgets how big he is.

Good with Dogs:  Yes. Vinny would do best in a home with another dog to play with.

Good with Cats:  Maybe. Before bringing Vinny into our home we had him cat tested at the local shelter. He passed with flying colors. However, he has exhibited a strong prey drive and we are not comfortable with him around our cats just yet. With some care and attention he might be able to show better constraint when interacting with feline companions.

Activity Level: He’s no couch potato! Vinny is a typical setter. He is a very playful boy with a high energy level. He requires a home that will provide him with daily exercise and play time. He is highly intelligent and loves toys. Any interactive toys that make him think or work at something would be perfect for him.

Fence: A fence is required. Vinny loves to run and chase squirrels/moles but does not have good recall. A solid, 6 ft fence is best.

Behavior: Vinny is extremely observant. He is also extremely food motivated, which has proven to be both a positive and negative. Because he is highly motivated by food he is easy to train. He also has a bad habit of counter surfing but we’re working on it! He gets better and better each day.

He enjoys being in the company of people and fellow dogs. He also has an independent streak and will explore his surroundings without worry of where anyone else is.

Once Vinny has settled down he enjoys a good nap on the couch/bed with everyone but I wouldn’t call him a cuddle bug. He loves a good head pat and belly rub but he doesn’t have the need to always be by your side.

Medical History:   Vinny is neutered, UTD on all vaccines, microchipped, and on flea/tick/heart worm preventative. When we first got Vinny he was on the hefty side. The vet mentioned that he is over weight but doesn’t see any concerns. With a healthy diet and plenty of exercise Vinny will do just fine.

Foster Comments: Vinny is one of a kind and we couldn’t have asked for a better soul to introduce us to the world of fostering. His smile just lights up a room! He loves unconditionally and makes quick friends with everyone he meets, dogs and people alike.

He is intelligent, gregarious, and always up for the next adventure.

His charming personality and handsome good looks make him hard to pass up.

With some patience, grace, and an experienced setter home Vinny is sure to make the perfect family pet. 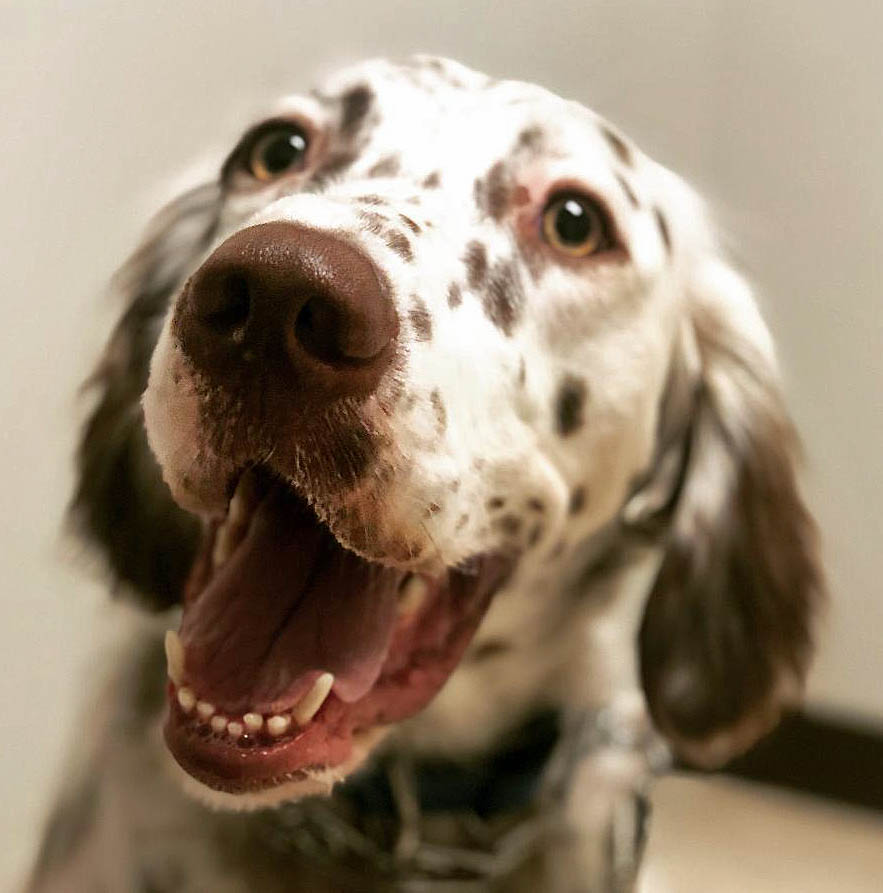 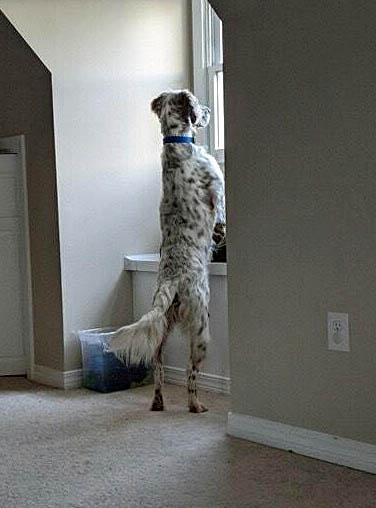 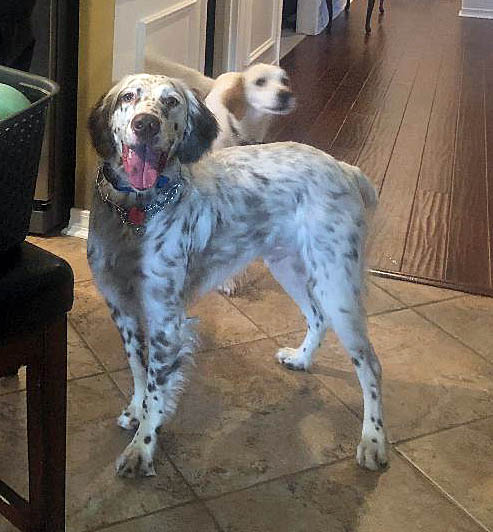 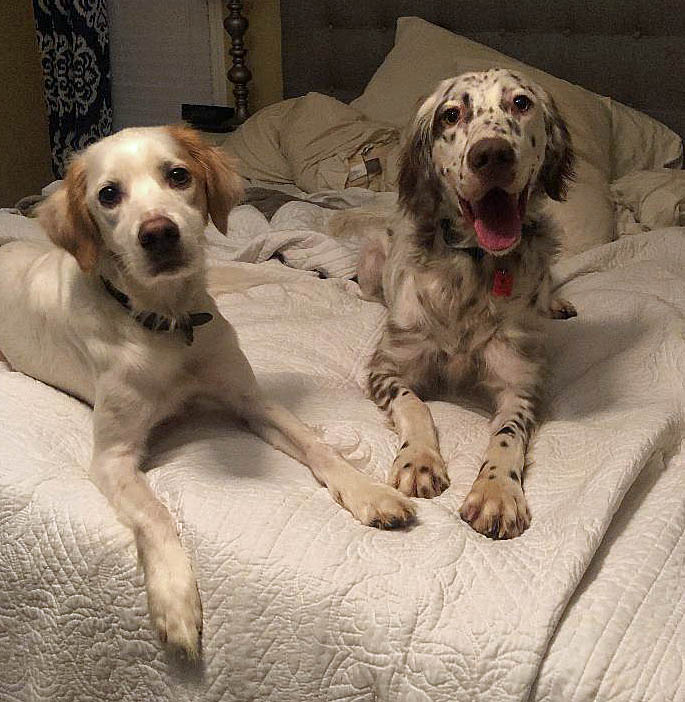 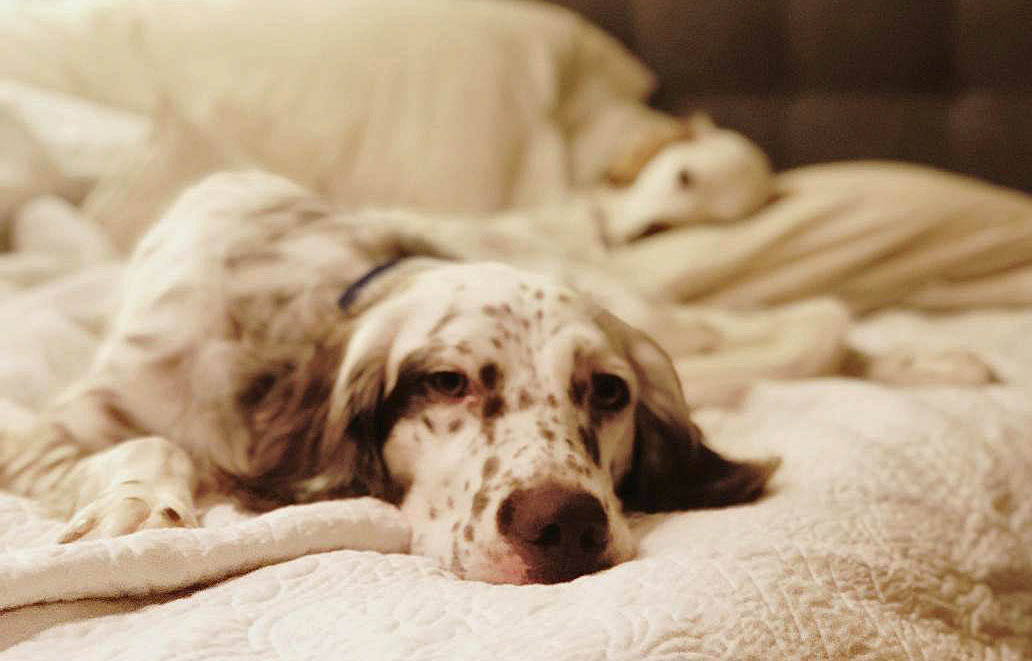 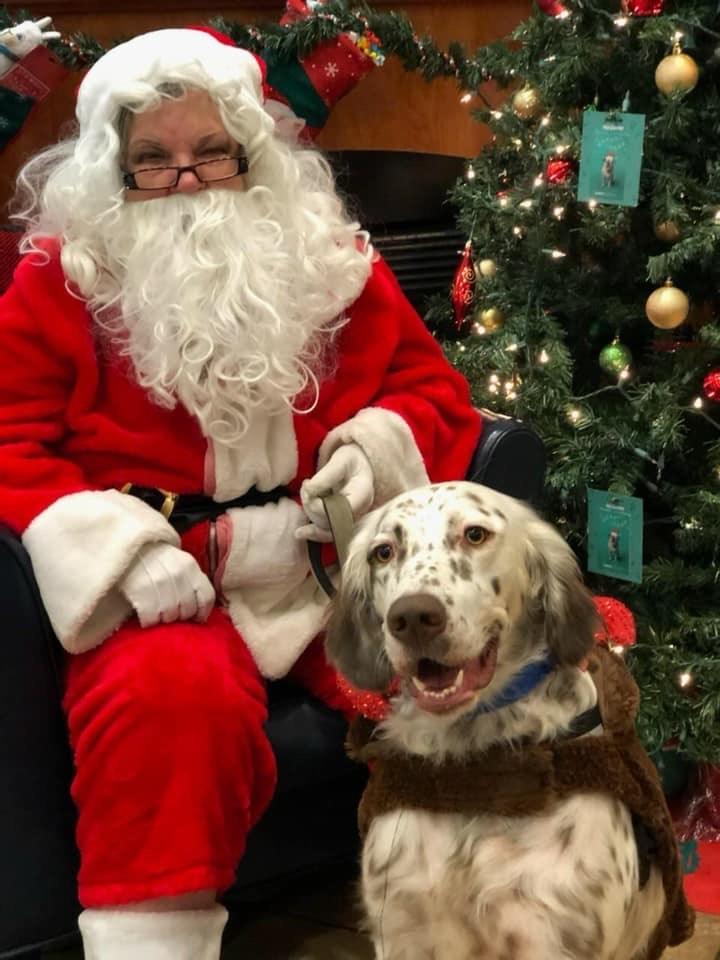