Good with Children:  Seems fine with the ones he’s met on outings.

Good with Dogs:  Loves them, playful, fostered with another male + 2 females in foster, fine with puppies.

Good with Cats:  unknown, but fine with horses, a goat, and rescue pigs he met

Leash trained:  Pulls initially and tends to pattern sniff instead of moving forward but he’s learning quickly.  A harness would be helpful.

Behavior:  Sokratis (Sox for short) has been a easy dog to foster.  He just goes with the flow, joining the 3 resident hounds in the daily routine from the start.  He loves playing chase with the youngest hound and really had appropriate play down when he got a set of 18 week old Irish terrier pups as foster brothers for 2 weeks.  Inside he settles down quickly and quietly while his foster mom works.  He also crates quietly at night.  No resource or food guarding.

Activity Level:  Fairly active outdoors, he settles easily near the humans indoors.  He does show a talent for lure coursing, and his foster mom has a video of him running flat out at a demo field at a pet fair.

Fence:  Mostly likely.  He charges around the yard after his foster sister or settles in a corner with a chew toy but since his recall is still spotty if something grabs his attention, a fenced yard is most likely needed.

Medical History: Up to date on all shots, neutered, HW- and healthy.  Needs to put on a few pounds. Sox originates from Greece where Leishmaniasis is endemic. He tested negative before coming to the USA . The parasite can remain dormant in the system for many years, so potential adopters must be willing to commit to annual testing for the next 7 years.  Typically, the test needs to be sent to a special lab, but any regular vet can draw the blood and send it to the lab.  The cost of the test seems to vary widely by area, but I pay ~$150 at my vet.  University vet hospitals tend to be less expensive.

Foster Comments:  Sokratis came from Greece where hunting dogs are basically discarded at the end of the season.  He’s fairly independent and entertains himself when out in the yard, but is usually up for a game of chase, and checks in with the humans from time to time for more attention. He’ll defer to the resident dogs if told to go away.  Indoors, he does group pets with the hounds or if he can get a human to himself, he’ll put his paws on their lap for ear scratching.  Fairly quiet, Sox occasionally barks when the others do, and stops with told ‘It’s fine, get inside & stop that’  He likes being groomed and can be touched all over.  He gets tethered in the car and just quietly hangs out.  This handsome boy gets lots of attention for his coloring, mostly black/white but with just enough brown speckles on his face & lower legs to draw the eye.  But it’s his warm personality that really makes him special. 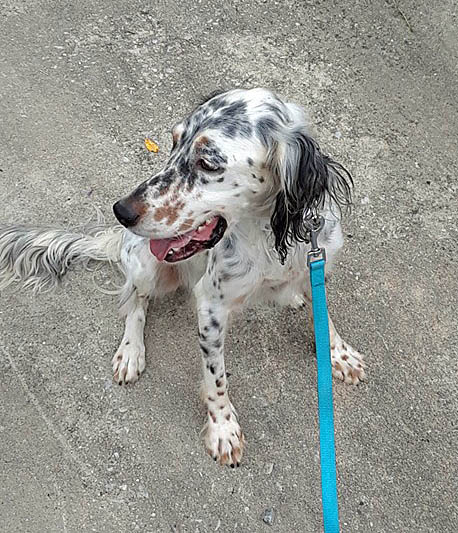 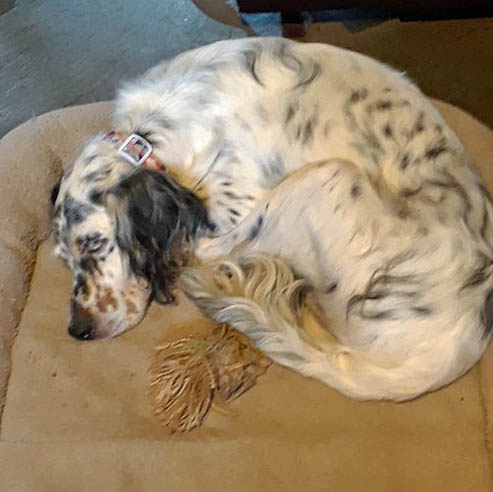 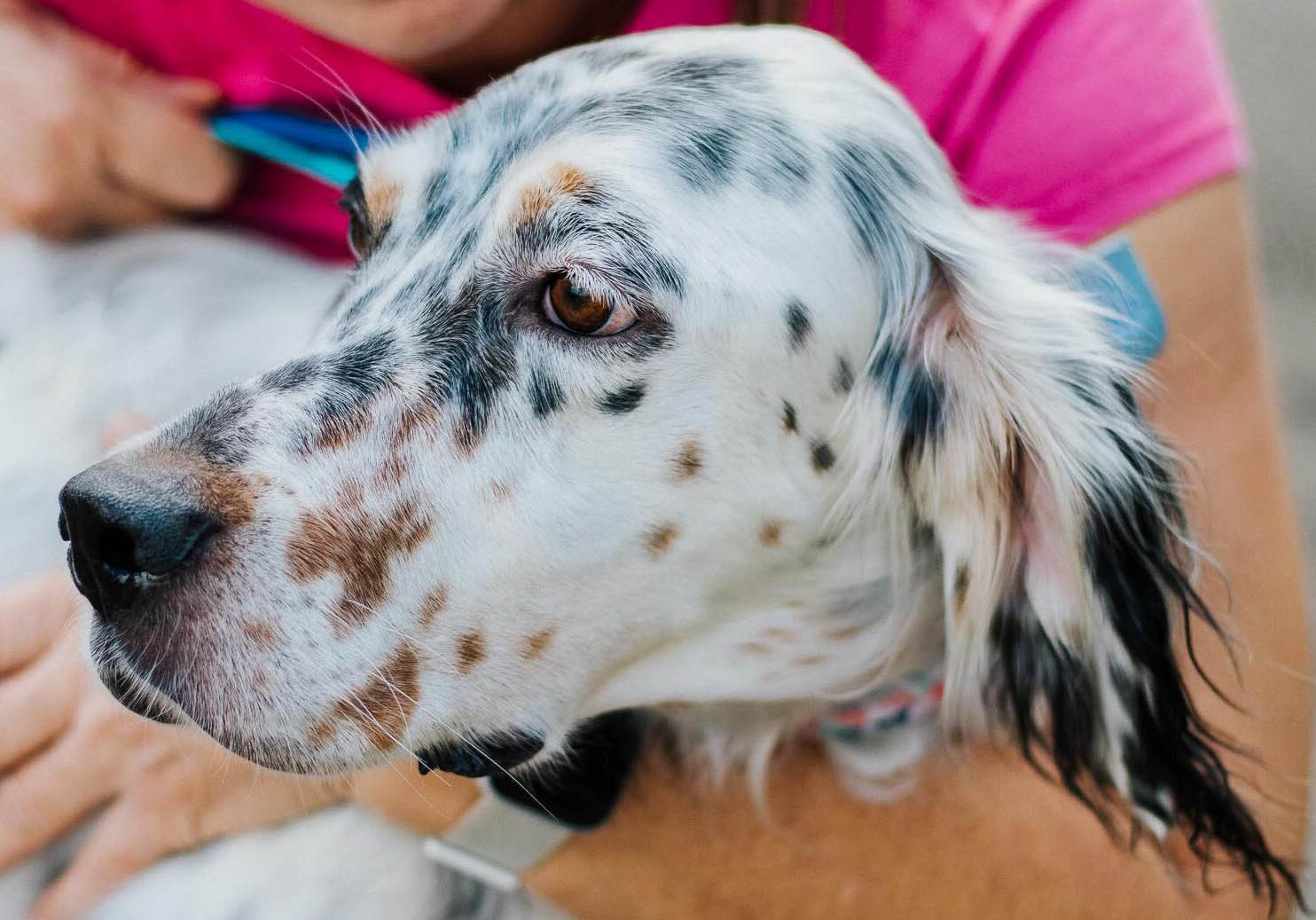 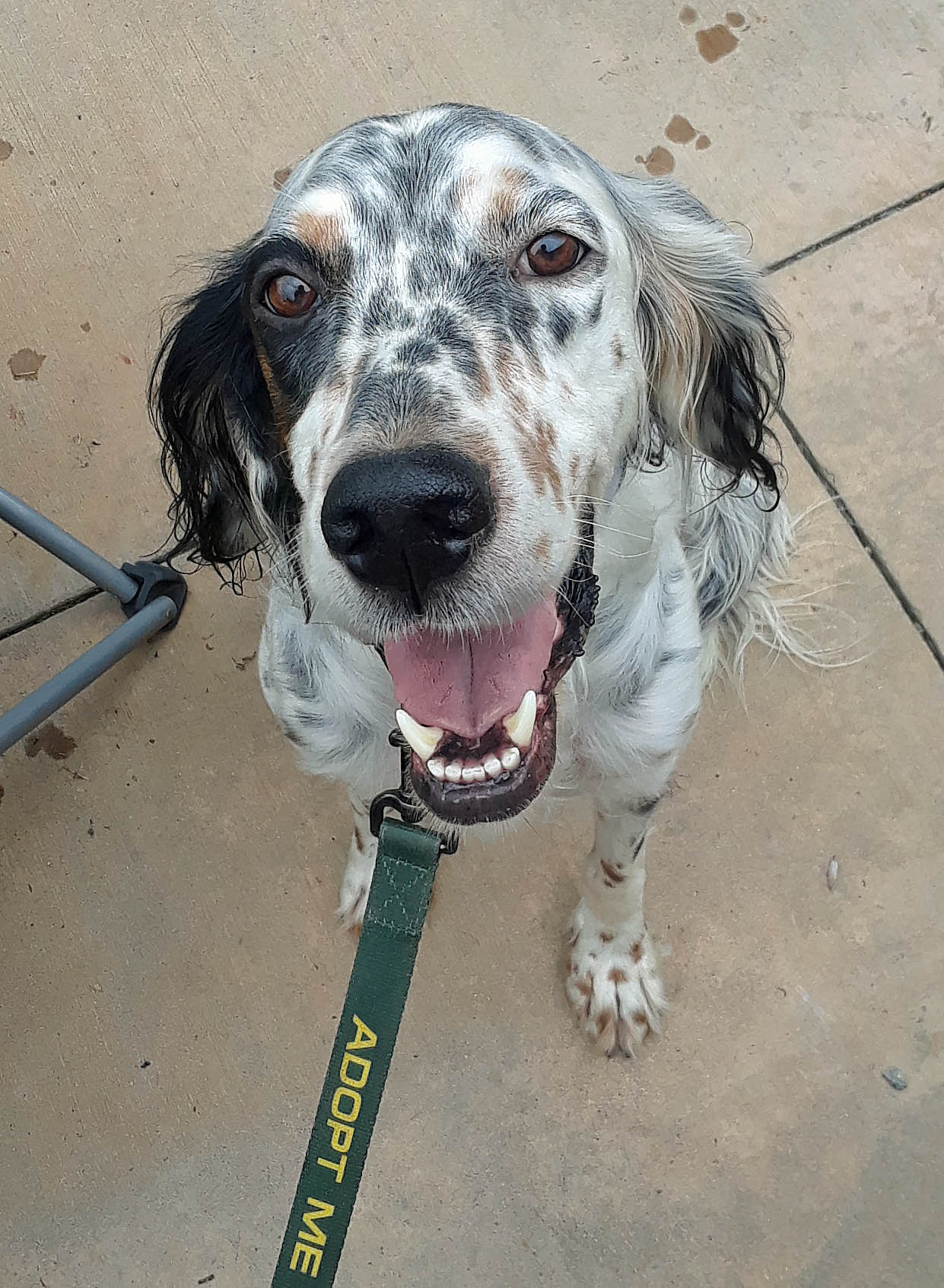