Foster Comments:  Jack is a gem!  He is built like a polar bear and sweet as can be, soaking up affection from people of all ages.  He’s very loving and likes to lean into whomever is giving him attention or better yet, flop on to the bed next to them!  We think he is very smart!  Housebroken and polite, he will watch you eat and let you know he’s open to trying new foods, but he’s not a counter-surfer or even a dishwasher.  The whole foster family thinks he’s a super dog and have been trying to talk the elderly dog into a timely exit so Jack can take his open spot.  Our loss is your gain.  He is really a lovely fellow.  His ideal home would have a big fenced yard and a bunch of active kids.  He would probably do fine with small children, but he is a big dog and you know it when he steps on your feet.  He doesn’t chew on anything except his own toys.

Jack has had a succession of homes.  His first owner passed away and someone took him in for a few years.  When that family moved, he was given to a third family.  They felt that apartment living was not right for Jack, so he came into rescue at that time.  Let’s help Jack find his last home.

Good with Children:  Yes.  He is super with kids and especially seems to love the teenage boy.  He lays in their laps on the floor soaking in the affection and plops next to them in bed at morning wake-up.

Good with Dogs:  Yes!  Jack is not aggressive at all; he’s always very excited to meet other dogs.  Both the skittish dog and the grouchy dog at the foster house love him!  They lay on the floor together.

Good with Cats: Yes!  Funny how the resident cats seem to know when to take a sabbatical in the basement.  They stayed put for Jack and though the scaredy-cat wasn’t too keen on him flopping on the bed next to her the first time, she didn’t actually leave.  He will occasionally chase the cats in a playful way, but mostly ignores them or sniffs then moves on.

House-trained:  Yes!  In a month at our house, there have been two legs lifted among three boy dogs, but just like the kids, they all blamed it on the invisible brother, “Not Me.”  We have never seen Jack go anywhere inside the house despite being recently neutered upon arrival.  A few transitional accidents should always be expected when adopting a dog.

Crate-trained: Yes!  Jack walks in the crate on command and sometimes goes in himself when tired.  He sleeps in the crate at night at his foster house and when the people leave, but he would be very, very pleased to sleep on someone’s bed.

Leash-Trained:  Jack certainly has been leash-walked, but he is a MAJOR force and pulls very hard.   He’s not really birdy, but he will lunge forward to smell something and takes whomever has the leash with him.  Please don’t underestimate his strength:  his current foster family includes a daily weight-lifter who has done an impression of Superman flying when a bunny streaked across the yard and Jack went in pursuit.  Jack could not safely be walked easily by even a middle school-aged kid.  He does better on a long walk with the leash then on short bathroom breaks, not pulling as much when at a brisk walk.  He would probably do well with a harness.  He really needs a fence.

Activity Level: Medium.  Jack is very calm in the house, not hyper at all.  He likes to plop down in the home office window seat during the day to keep guard, sometimes with his eyes shut and breathing heavily.  He likes de-fluffing toys and plays with tennis balls.  He has little interest in birds.  At the foster house, he has taken to running to the different windows on different ends of the house to bark (in an excited way) at people walking dogs.  He’s very spatially aware!  He knows that if someone is walking on the north end of the house to run to windows on the east or west side depending on which direction they are going!

Fence: Jack lived in an apartment last and was given up because it was not a good fit for apartment living, so he will need a house for his last home.  A physical fence for Jack would be ideal, but an electric fence would be considered.  The first attempt on training him on the electric fence at his foster home before the snow hit involved a lot of running around the neighborhood and being thankful he was still stopping to mark every tree; he is FAST and did not blink when he got zapped, so please keep that in mind if you are considering an electric fence.  Truly a physical fence would be ideal for Jack.

Medical History: Jack is fully vetted, recently neutered, and microchipped.  He looks to be in great health! 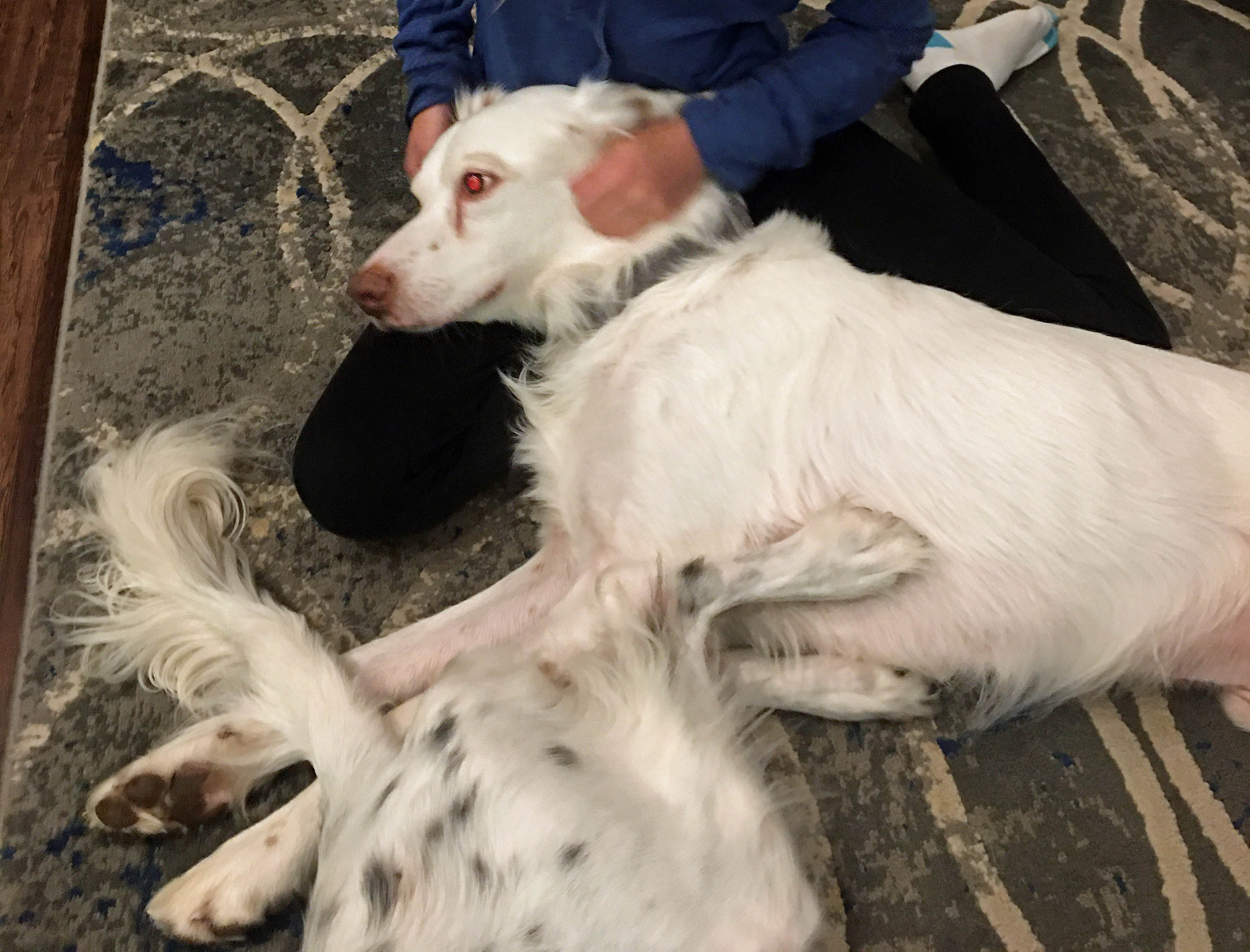 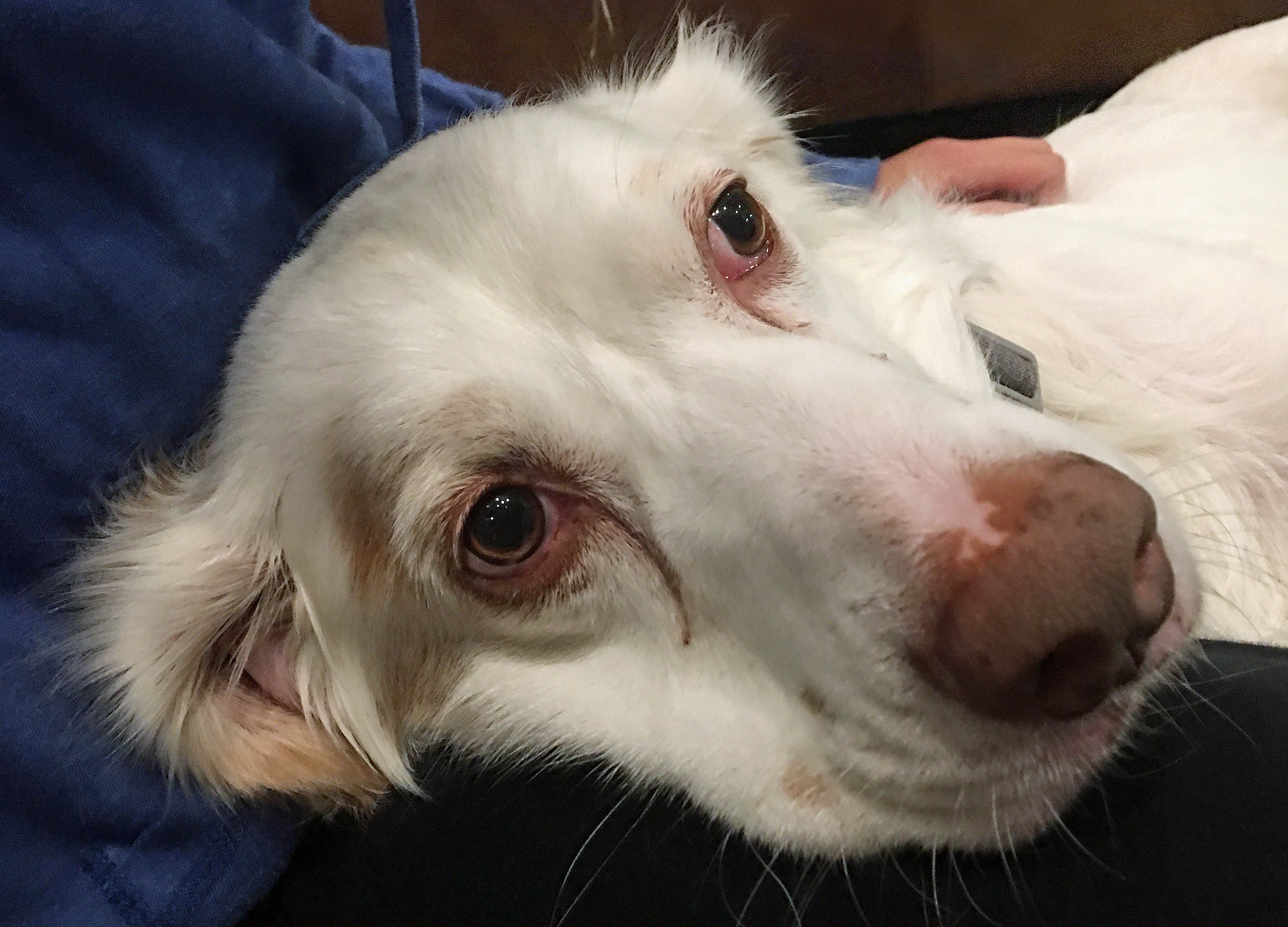 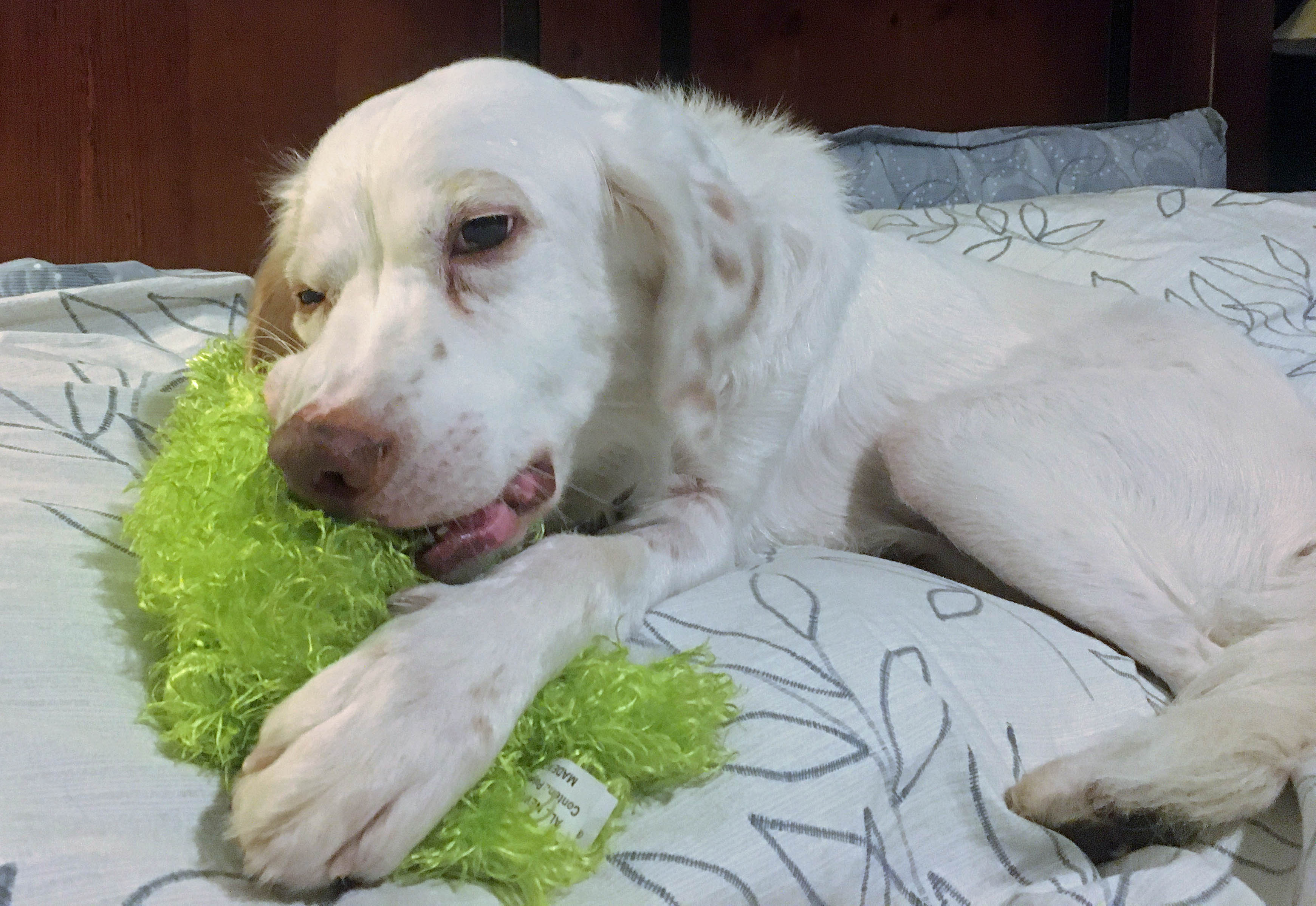 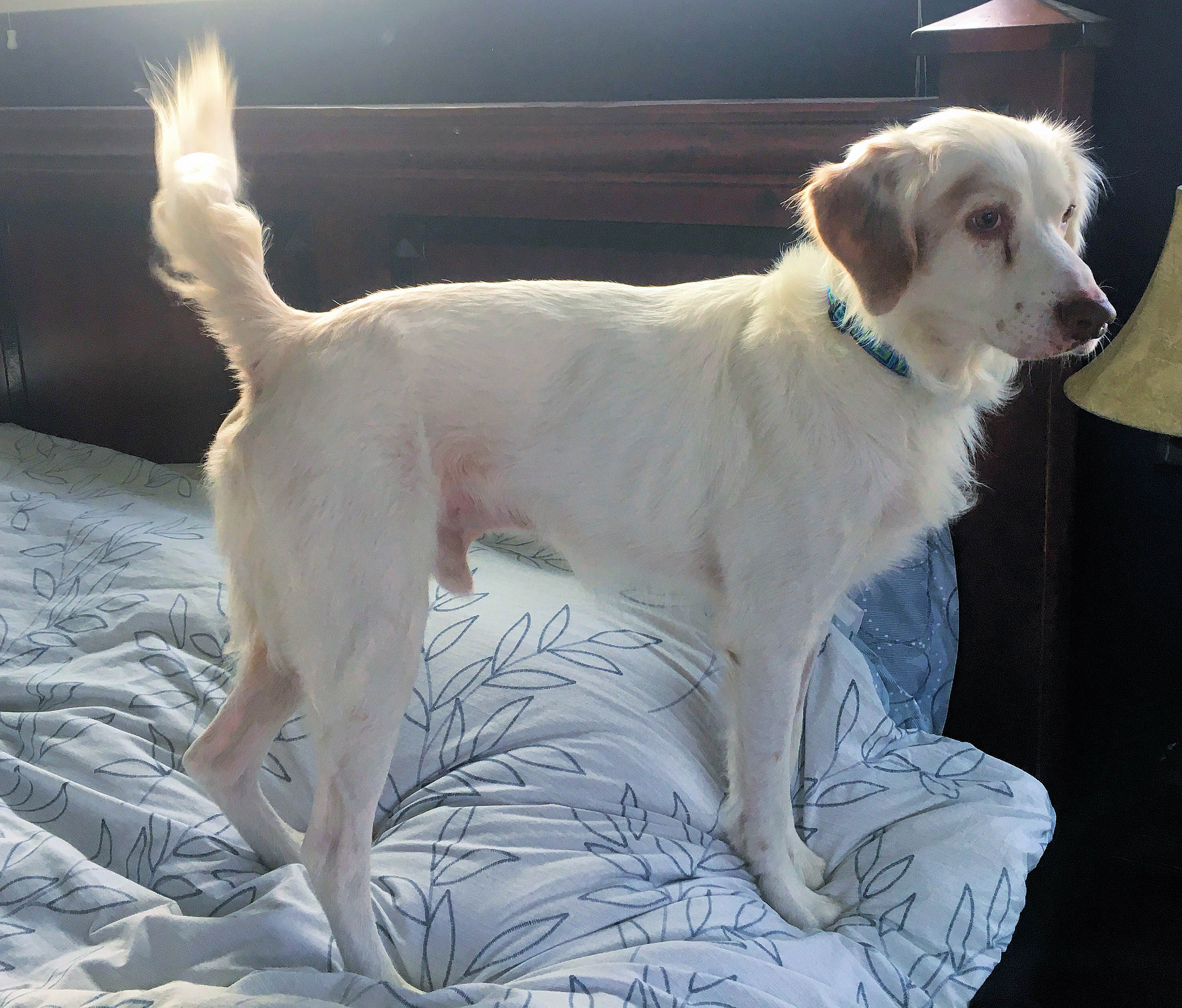 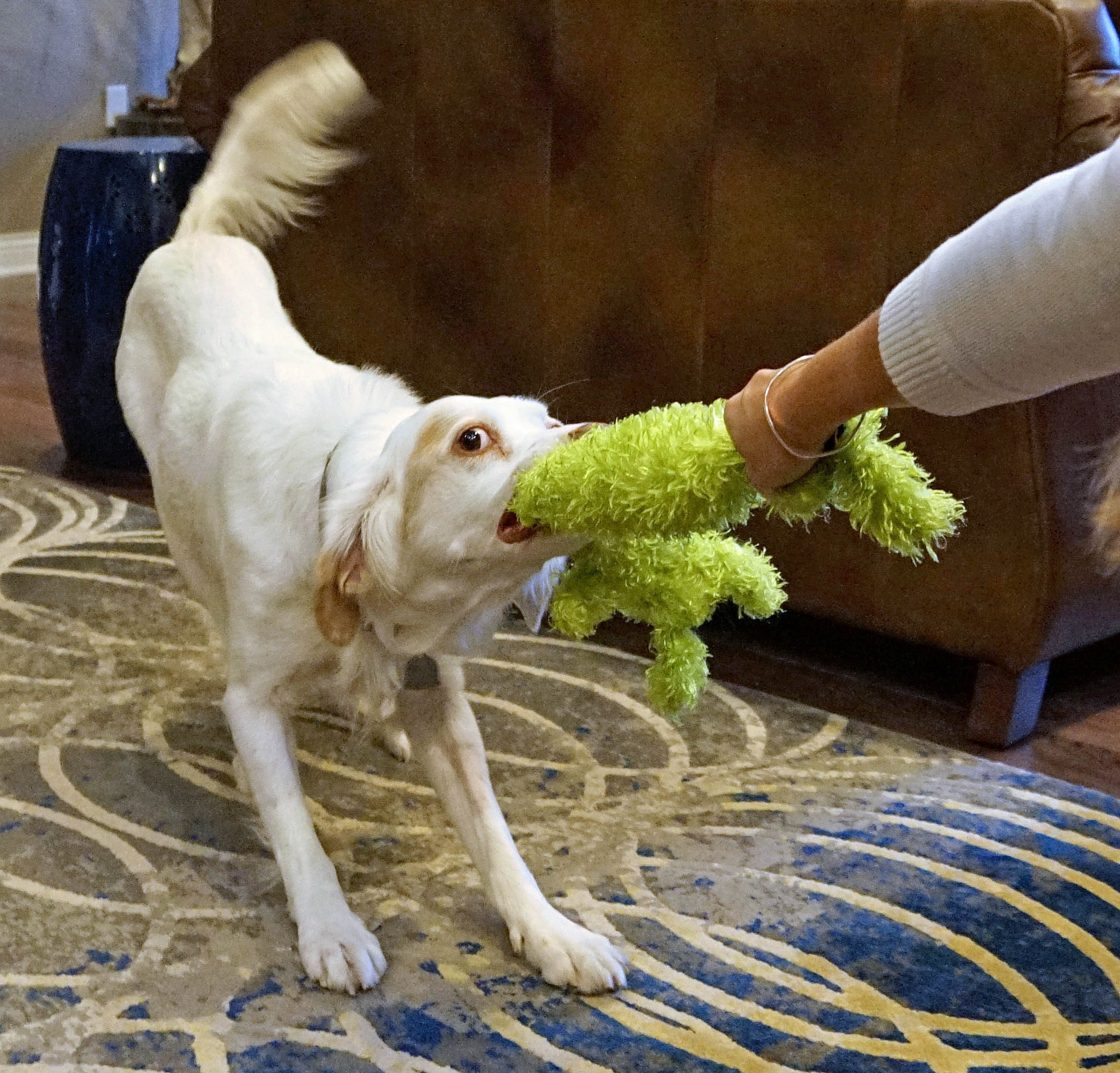