Socialization/training: Jack is very nervous around dogs he doesn't know well. He doesn't like letting other dogs sniff his butt, and will often growl at them if they try. He is better about this when he is off leash. On leash, he can be reactive towards other dogs; he barks and lunges.   When he is off leash at the big, wooded dog park in town, he is generally okay with other dogs, and will even let them sniff his butt at times. Positive reinforcement when he doesn't bark or lunge and lots of treats seems to work for him, but he is still working on not reacting to other dogs by barking and lunging.

Good with Children:  Yes, but he needs a calm environment.  Jack guards his toys and his space, so no young children where a child’s toy could be mistaken for a dog toy or actions might be unexpected.

Good with Dogs:  Yes, after careful introduction and familiarity.  He is reactive to unknown dogs.  There are 3 dogs in his foster home that he plays with, all setters, one 14 year old male, one 7 year old female and one 3 year old male.

Good with Cats:  Yes- curious, but non aggressive.  He mostly ignores them.  His current foster home has two cats, a four year old male and a 12 week old kitten.

Activity Level: Laid back in the house, self exercises outside, likes to lounge on his dog bed or sofa inside. Quiet indoors, likes to play tug with toys with humans and other dogs he knows.

Fence:   Fence required. He loves to RUN and he doesn’t have much recall.

Behavior: Loves human attention. Likes to cuddle, be involved with family activities. Playful with our other dogs.

Medical History:   Jack is neutered, UTD on all vaccines, microchipped, and on HWP

Jack is a really smart dog, and he's always looking to please his people. He picks up new tricks very quickly, and remembers them whenever he's inside. He's more selective when he's outside, where birds and squirrels often command more of his attention than his humans. He loves to cuddle and snuggle inside, and run around full speed outside. He's very sensitive to what's going on around him, and can get scared by raised voices. He does well with a consistent routine and predictability, but he gets a little out of sorts when his routine is changed up. He gets extremely eager for his walks in the morning and in the evening. He loves to run and would thrive in an environment where he could have lots of off leash time. He also loves to play tug of war with his stuffed animals and other toys.

Jack will do best in a home with 1 other dog and no small children. He is very playful, will play tug with the other dogs (on his terms) and romp around the house playing.

Volunteer transport can be arranged in the Continental US within a 1,000 mile distance between adopters & foster home. Interstate transport of dogs by Above and Beyond English Setter Rescue to adopters,  requires a nominal fee of $50.00 for an Interstate Health Certificate (required by law). Typically, we are able to transport your adopted dog to within 2 hours of your home. *Dogs can be adopted outside the 1000 mile transport distance; however, adopters must be willing to either fly their adopted dog, drive to a location within the 1000 mile transport range, or make independent transport arrangements for their adopted dog. Transports to far West states, from Eastern states, may have additional restrictions. 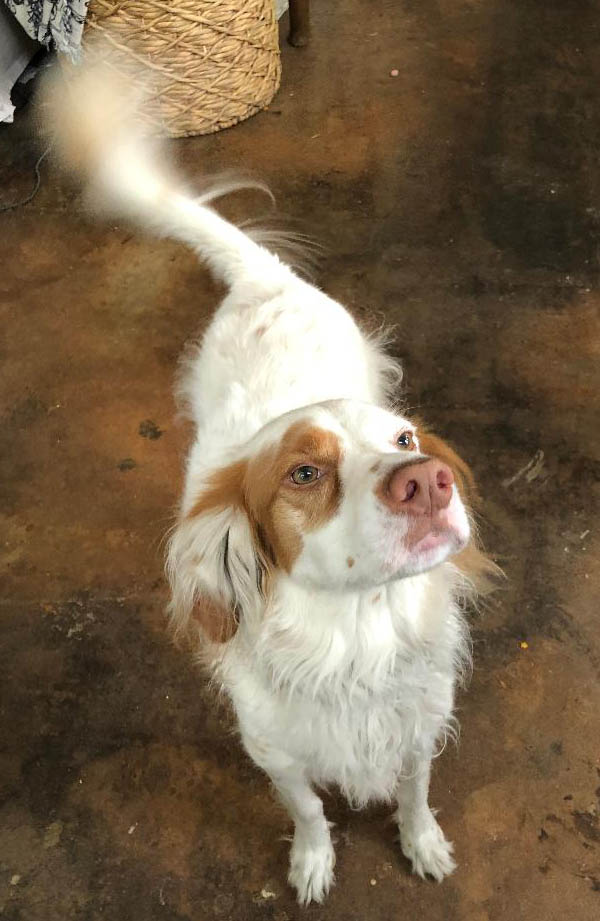 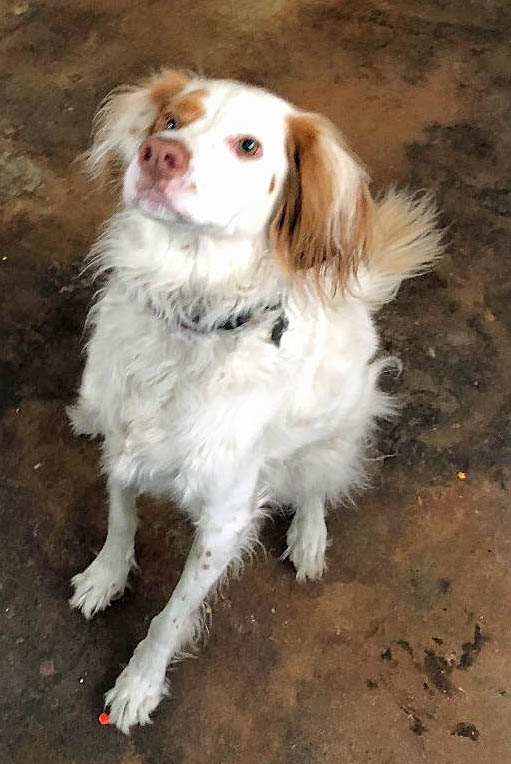 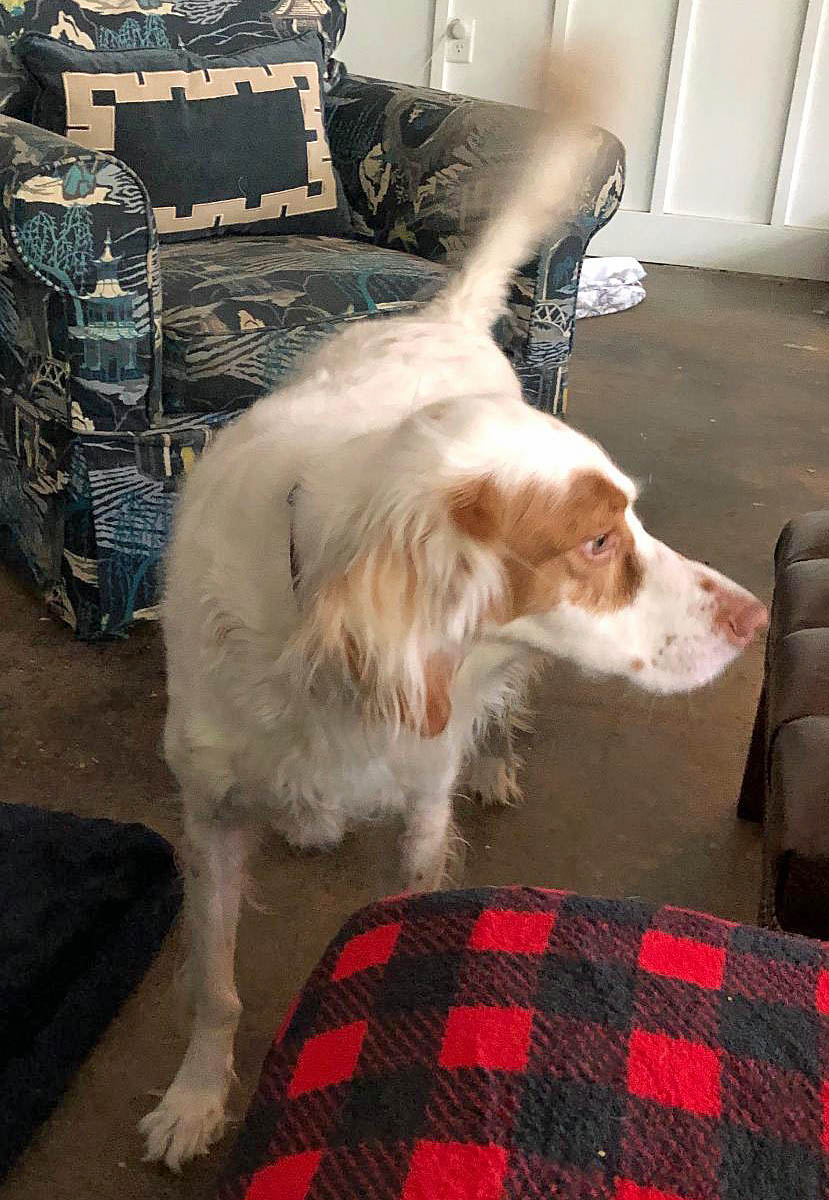 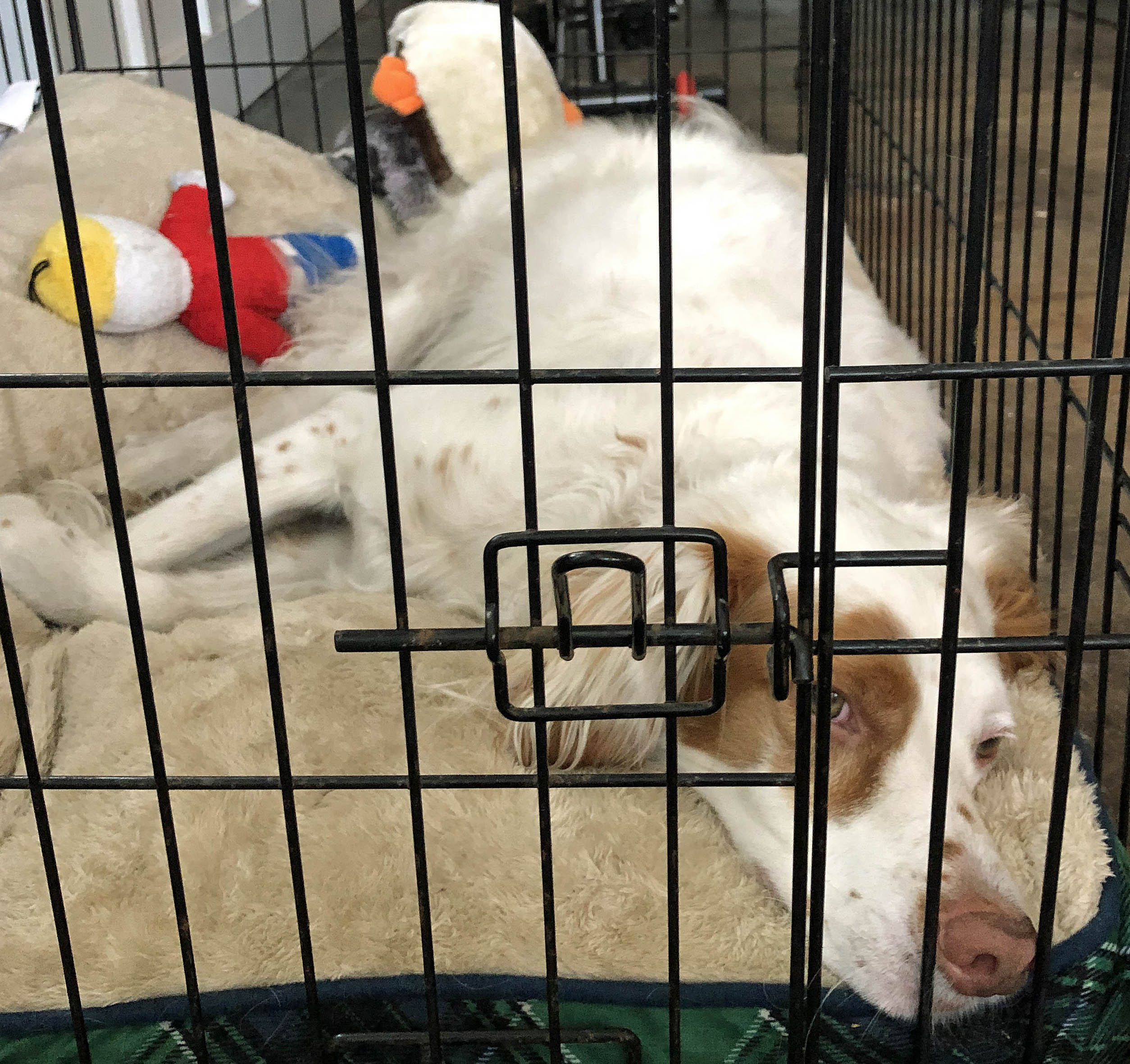 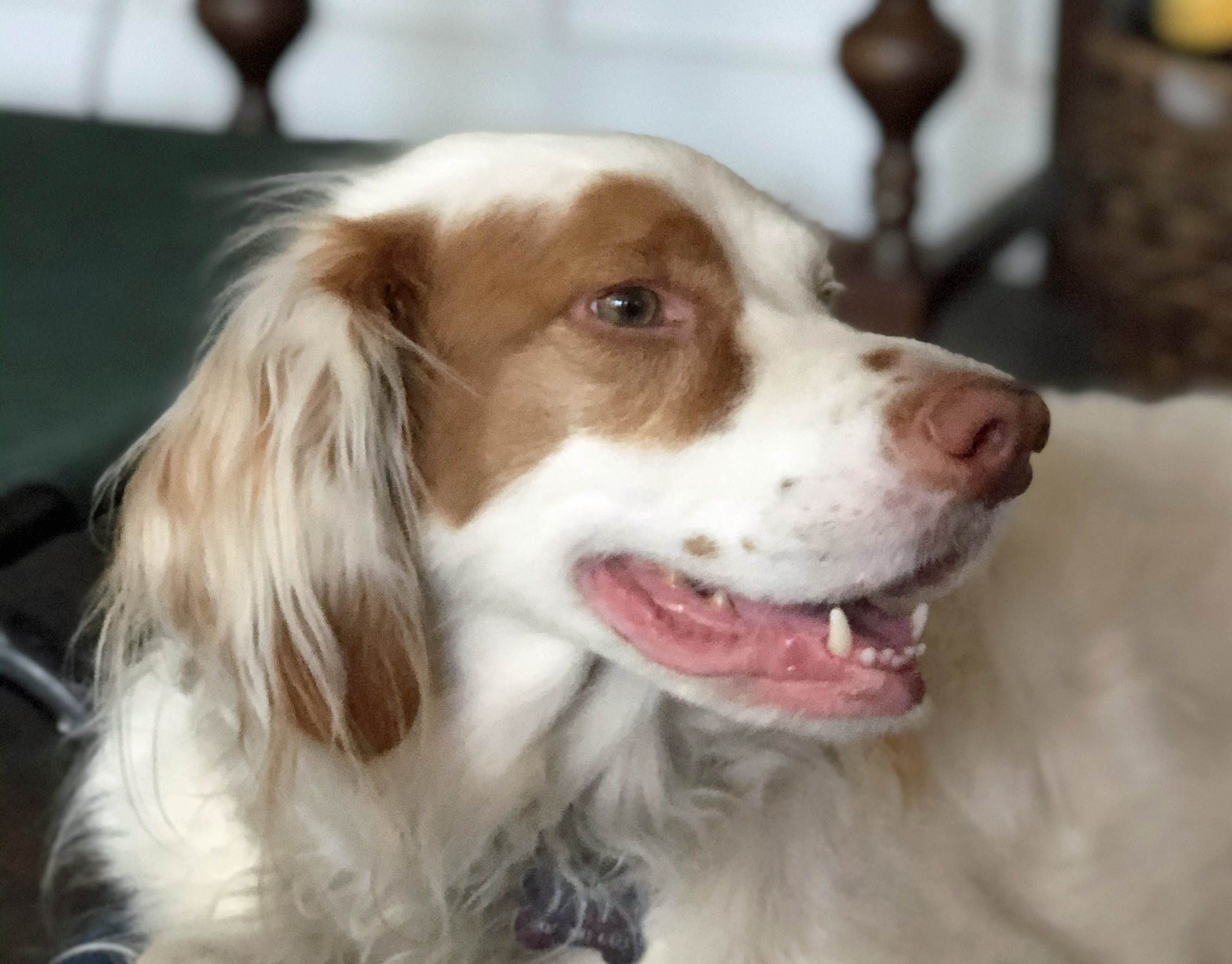 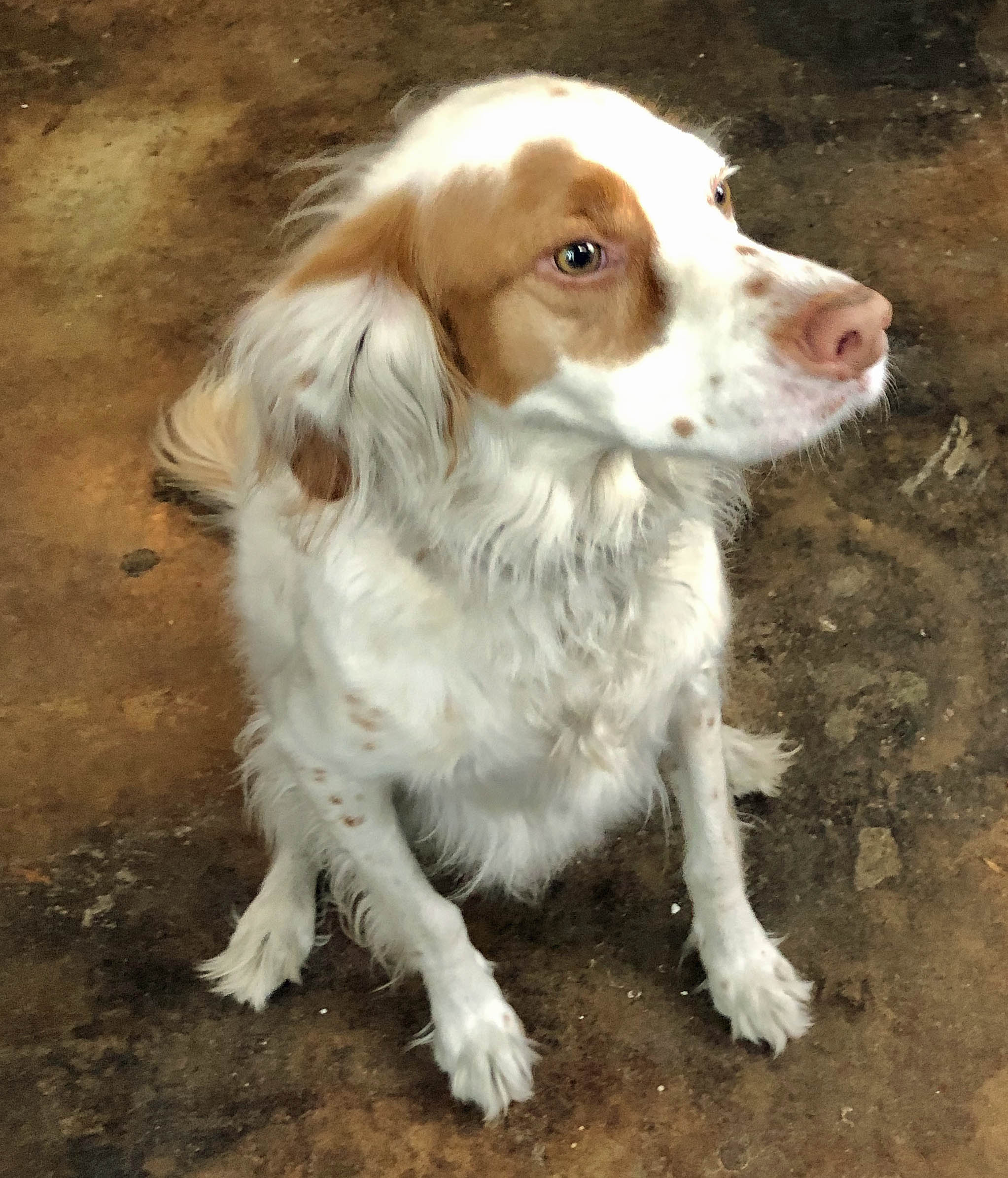 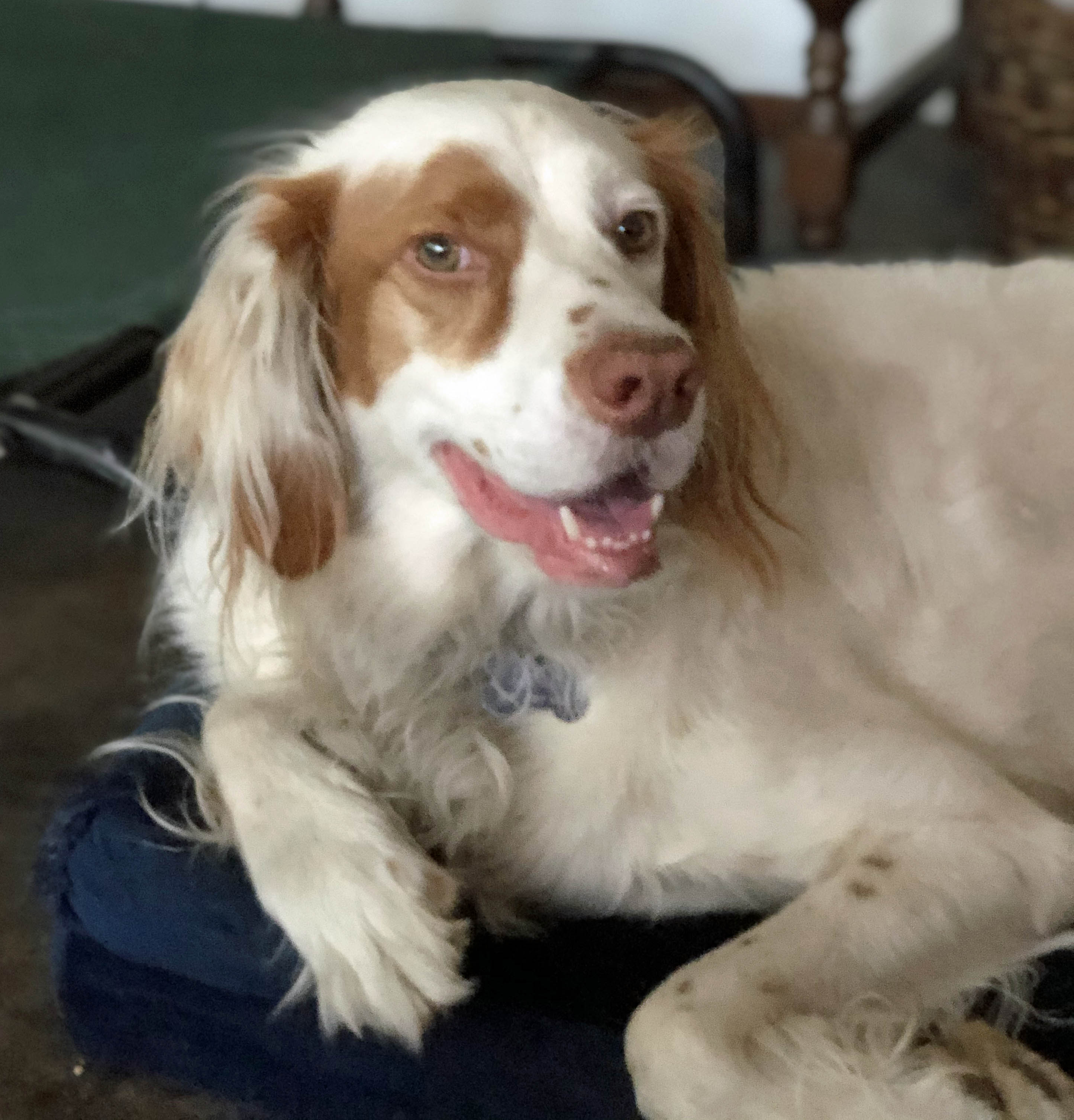 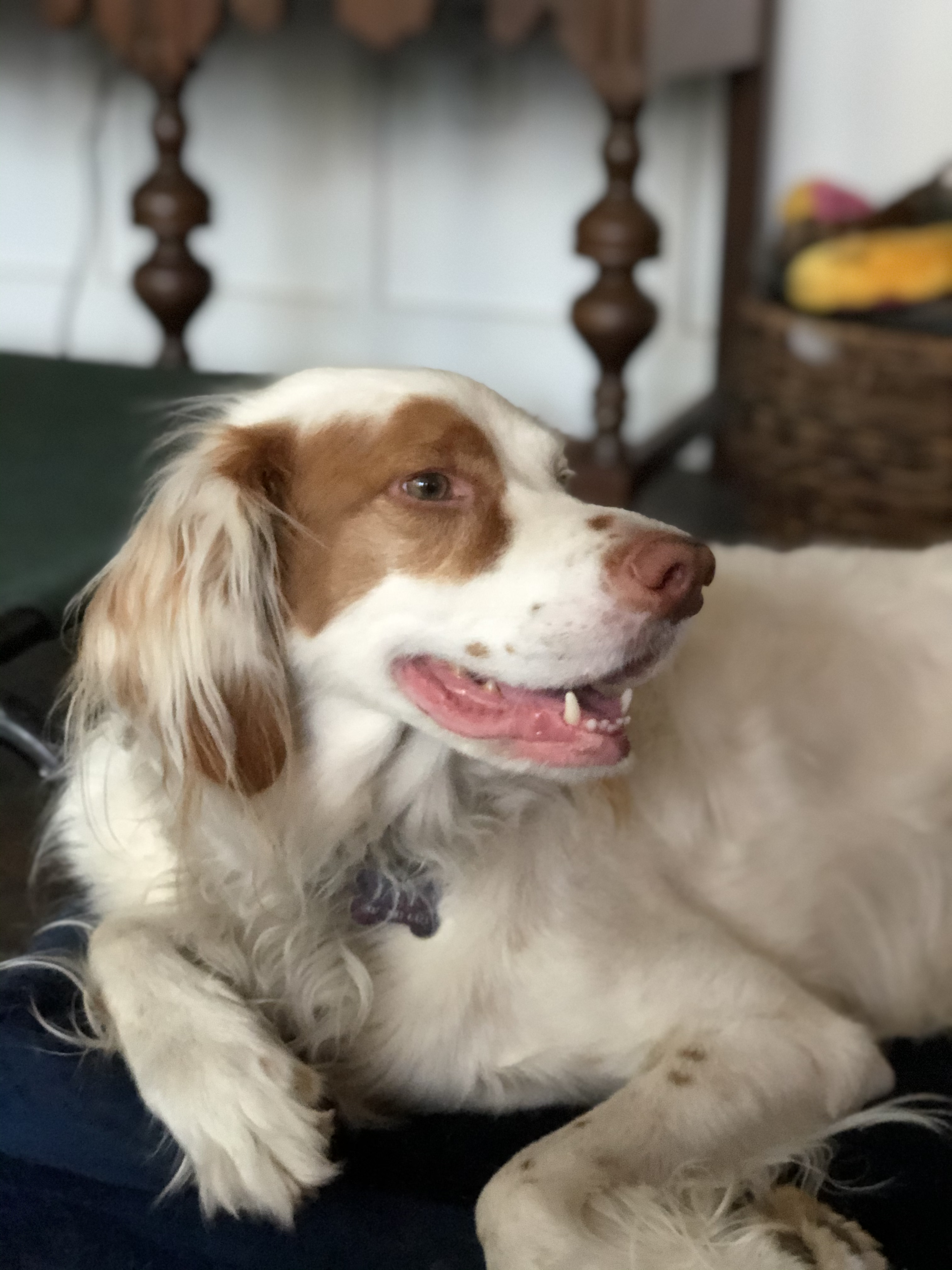