Socialization/training: Eros rides very well and loves to visit pet friendly stores. He likes to hug people and enjoys cuddling with humans. As part of a pack of 4 to 10 dogs, he gets along well with everyone. Meeting new dogs has gone well on a leash. When walking, Eros is learning to ignore the dogs that bark from their yards, rush out at Eros and his friends walking.  He has learned to sit for treats, come when called, wait for his dinner bowl to be placed for him and not to push his friends off their food. He does not resource guard or beg at human’s mealtime.

House trained: Almost totally, an accident at night instead of going out the dog door.

Activity Level:  Moderately active as a puppy should be.

Behavior: Manners are improving. Eros is typically gentle, affectionate and very sweet.  Has learned what bones and toys are for with the help of his friends. He rolled all over a bone the first night he came as he did not know what to do with it. Eros played tug with the blankets on the furniture at first but plays tug with toys and the other dogs. He uses the dog door on his own. His preferred sleeping arrangement is to be in bed with his foster parents and another dog or more. Eros has just begun to be left out with the other dogs when his foster parents need to be away for a few hours. Thus far a tissue box and 2 lace chair toppers did not survive. Since one of the other dogs that are free is very close to the same age as Eros, the blame is likely evenly placed, but we do not know who the culprit is. Eros will bark to alert or when appropriate but is generally quiet.

Medical History: Up to date on vaccines, neutered, no significant medical history. Eros originates from Greece where Leishmaniasis is endemic. He tested negative before coming to the USA, but the parasite can remain dormant in the system for many years, so potential adopters must be willing to commit to annual testing for the next 7 years. Typically, the test needs to be sent to a special lab, but any regular vet can draw the blood and send it to the lab. The cost of the test seems to vary widely by area, but is approximately $150.

Foster Comments: Eros has settled in very well as part of a pack. He is a smaller guy who is about as big as he will be. We think it is possible he is mixed with a French Brittany due to coloring, size and some features. Having been rescued from the street, Eros is a very sweet and loving dog. Now that he has settled into the household routine, we are noticing Eros using his nose much more. It is too soon to be able to say for certain what level prey drive he has or will have. Sniffing on the daily walk and leading the pack have just begun.  His foster Dad says he is an excellent lap dog due to his size and not being one to wiggle around. When he is sleeping in bed with us, he is not an active sleeper. 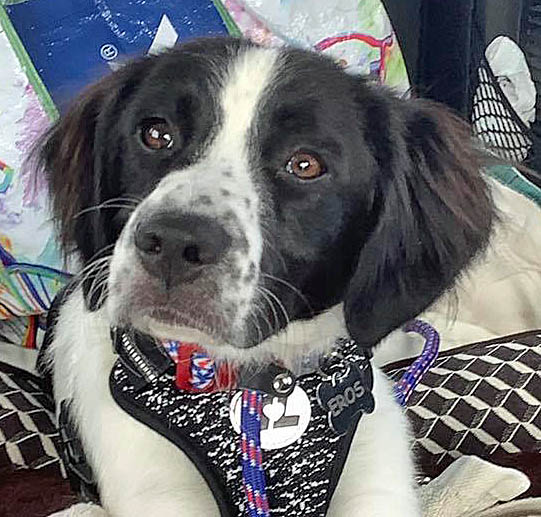 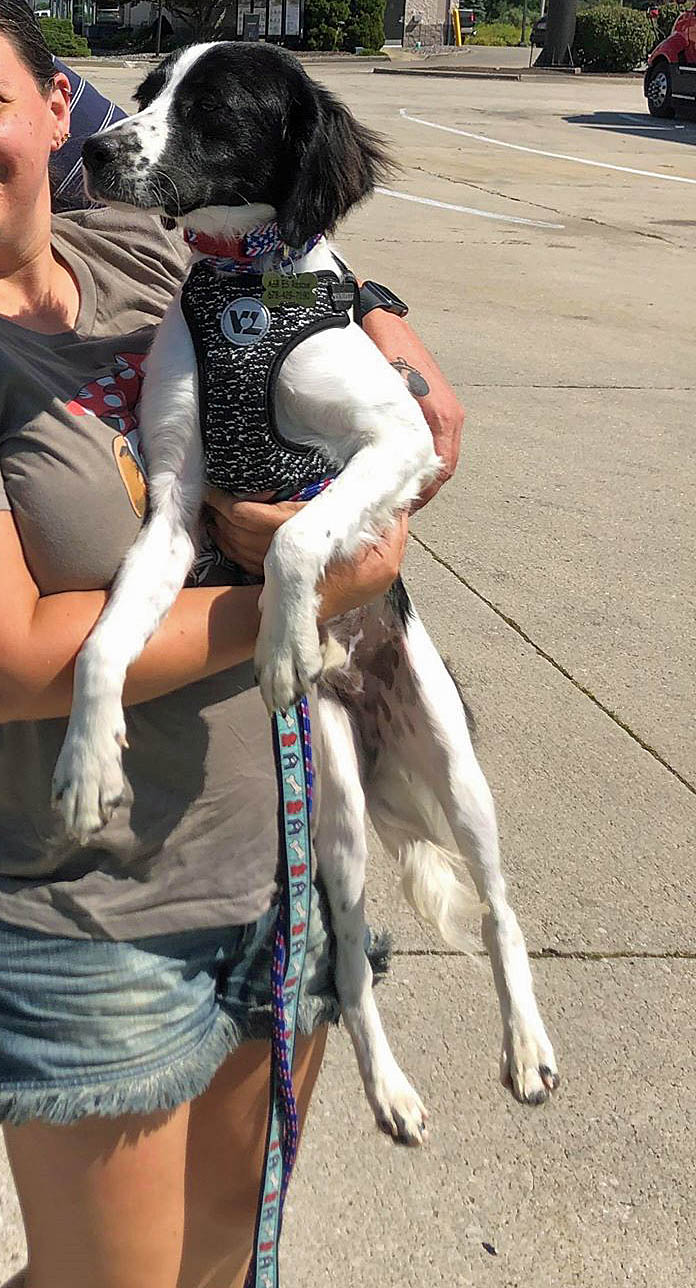 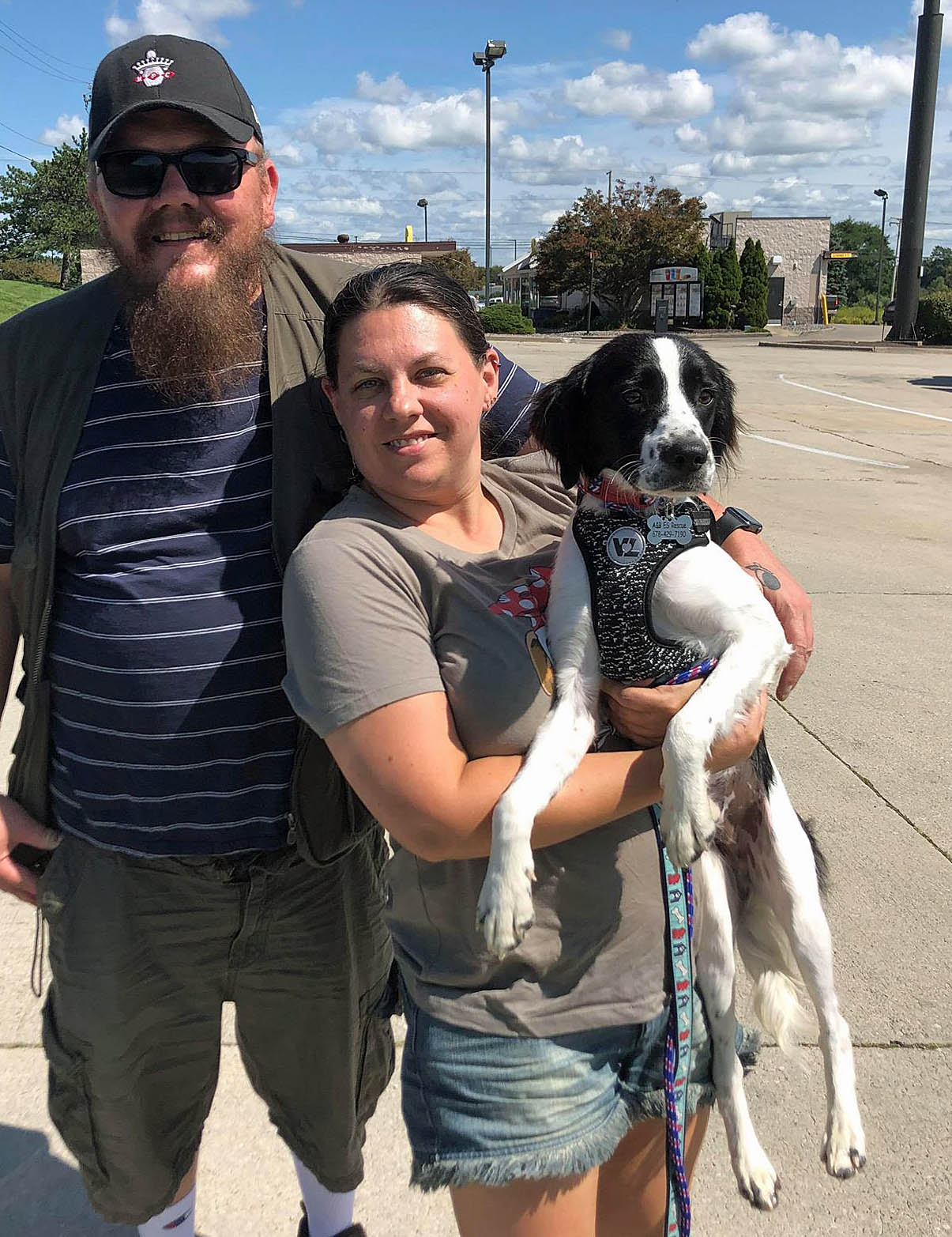 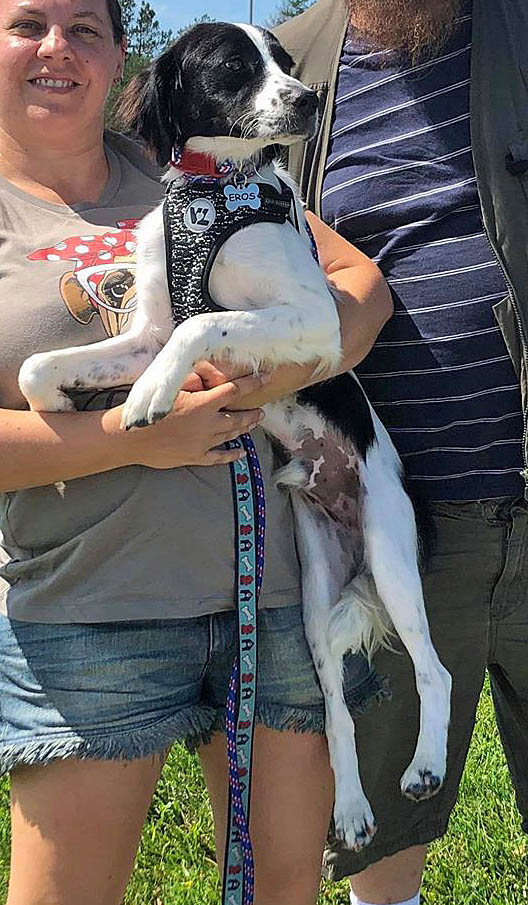 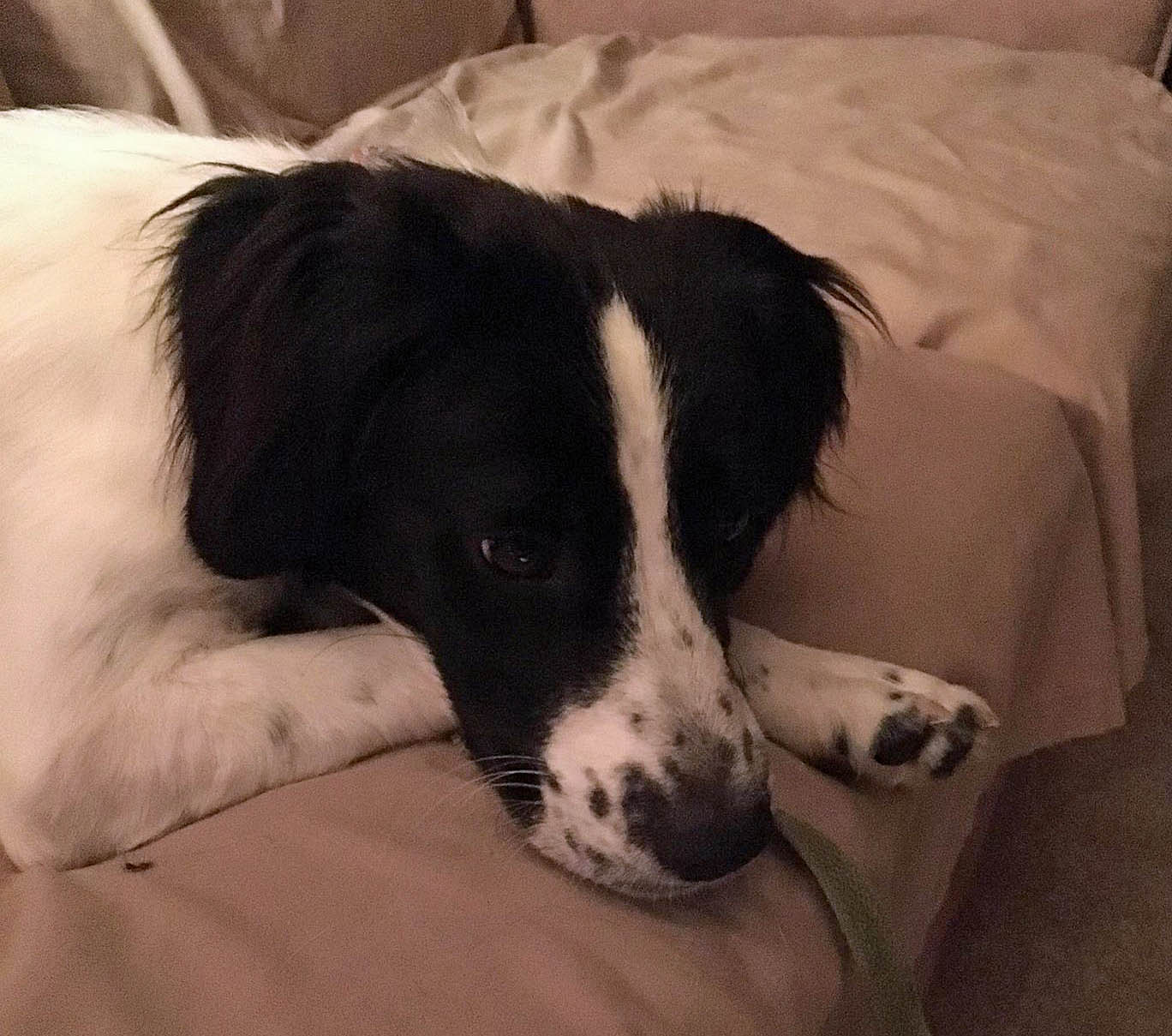 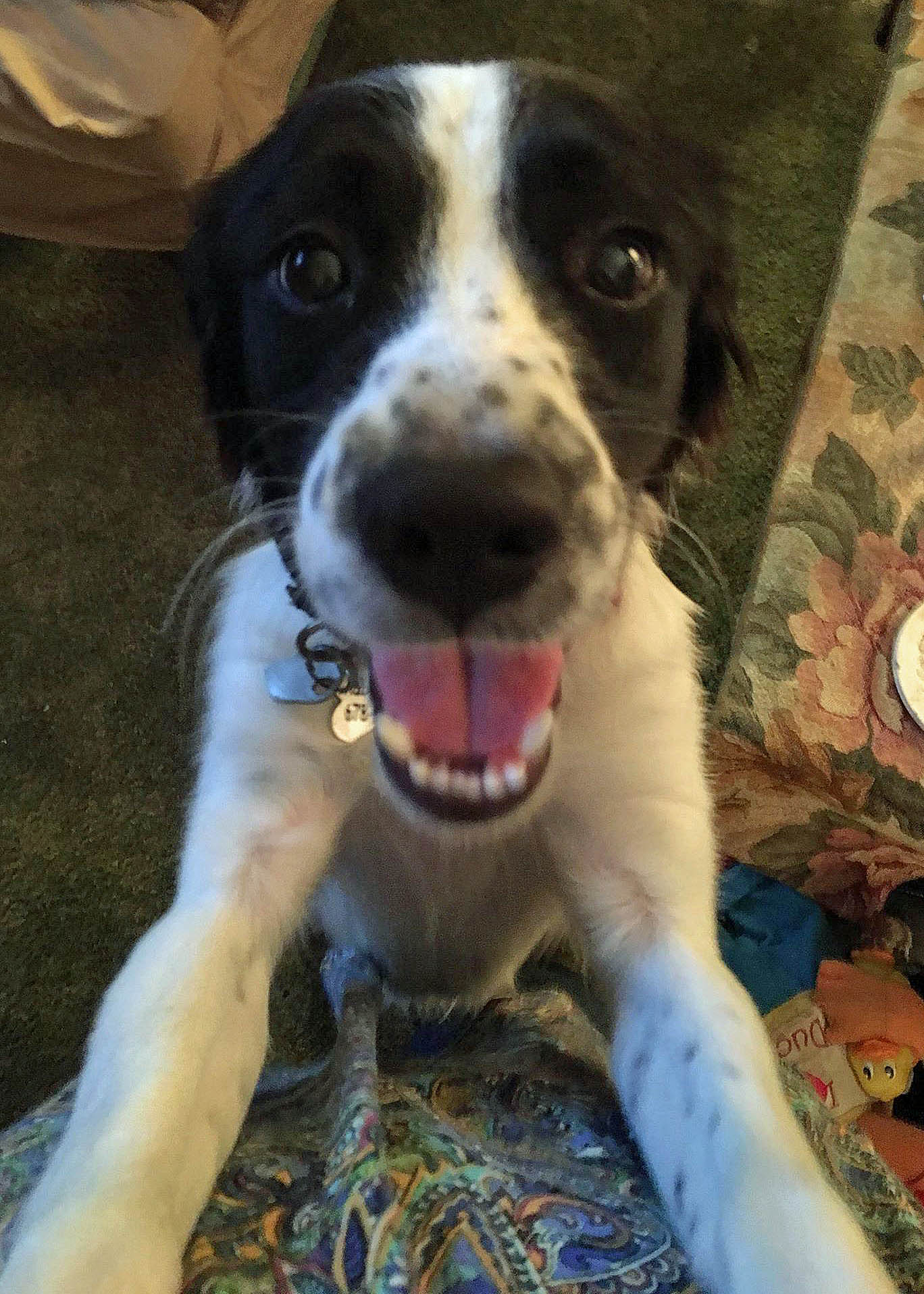 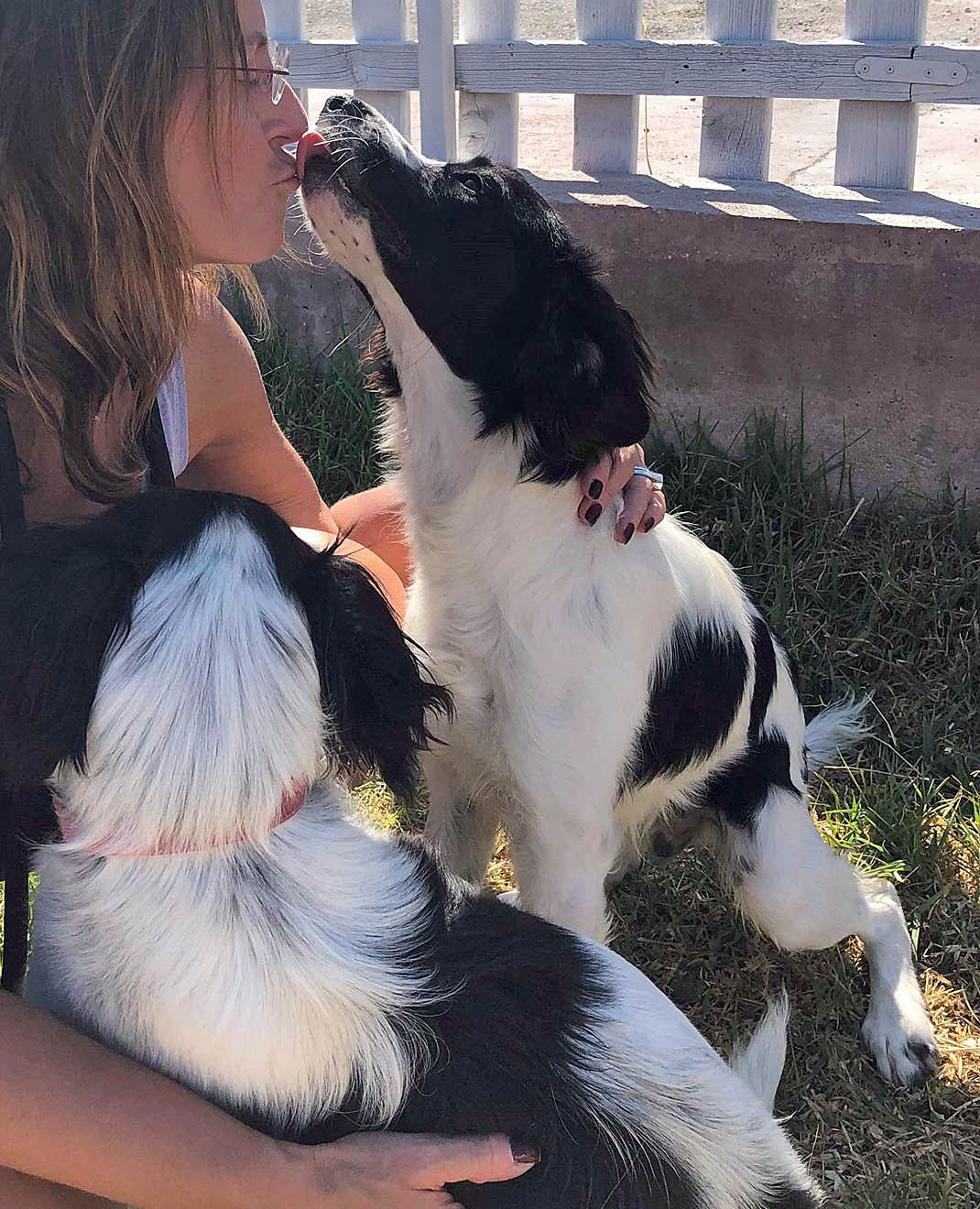 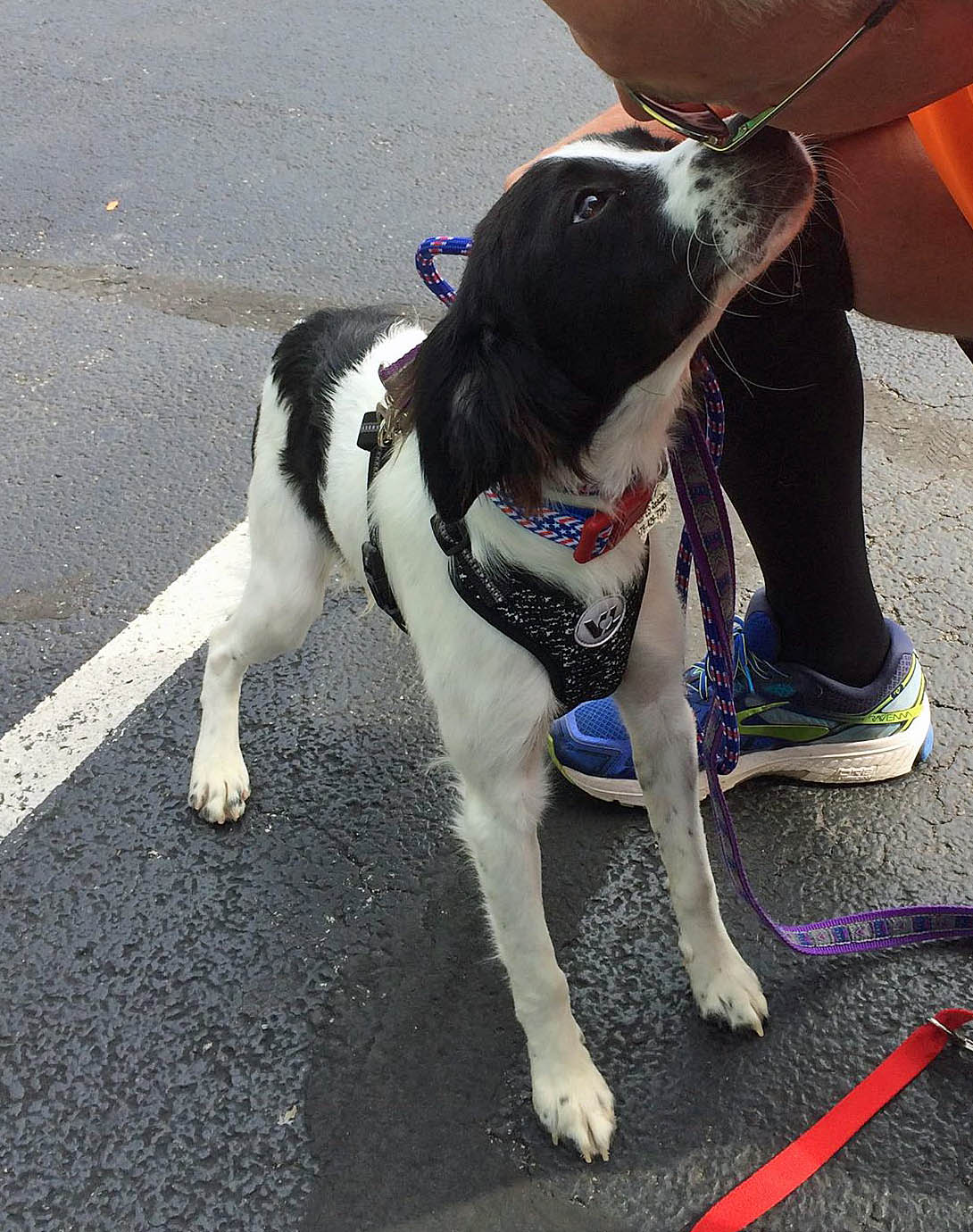 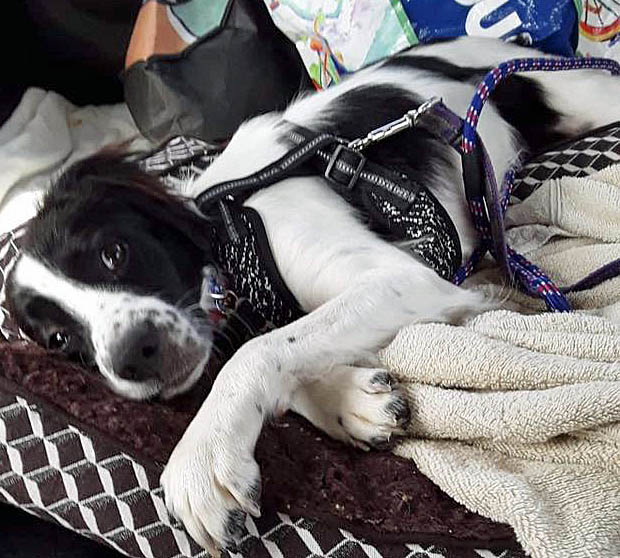