Good with Children: Yes.  There are no children in Dorian’s foster home, but his temp foster had 2 school-aged boys and Dorian was wonderful with them.  They loved him, and the feeling was mutual.

Good with Dogs: Yes, absolutely.  Dorian lives in a foster home with 9 other dogs and has also lived with a number of other foster dogs, and he gets along well with everyone. Dorian loves to play and cuddle with other dogs and would like to have a canine brother or sister.

Good with Cats: Unknown, but maybe ok.  There are no cats in Dorian’s foster home, but he has not demonstrated a very big prey drive, so he might be able to learn to be ok with cats.

House trained: Still a work in progress.  Dorian does not defecate in the house or in his kennel, but he still has pee accidents.  We are using a belly band, and he does sometimes wet in his belly band if he isn’t closely watched.  He drinks a lot of water and then struggles to hold it.

Crate trained: Yes.  Dorian goes right into his crate for his food or a treat and he settles down well inside and is calm and quiet.  Although he is well-behaved in his crate, he would much prefer to snuggle on the couch or bed with his family.

Leash trained: Dorian has a large yard in his foster home and multiple setter foster siblings, so we don’t leash walk a lot.  He is reasonable on leash – not a perfect heeler, but he doesn’t pull your arm out of the socket either.

Activity Level: Typical young setter energy.  Dorian needs a healthy amount of exercise and the opportunity to run and play, but once he’s had a good run, he is happy to come inside and cuddle and hang out calmly with the family.  Like the classic English Setter, he is very active outside, but calm inside.

Fence: Strongly preferred.  Dorian likes to run around the yard exploring and chasing his setter siblings.  He needs the opportunity to run free, so a fenced yard is best for him, but I would also consider a home with regular trips to the dog park if there was a solid exercise plan.
Training/Behavior: Dorian has not had a lot of formal training, but he has a naturally wonderful temperament and a strong desire to please.  He generally comes when you call him (although like most setters, his recall is not completely reliable) and he is very responsive to your body language and tone of voice.  He has struggled a bit with potty training, but otherwise has been well-behaved in the house.  He is extremely social, has a happy nature and seems to like everyone.

Medical History: Dorian is underweight and definitely needs to put on about 5-10 pounds, but he is otherwise healthy.  Dorian originates from Greece where Leishmaniasis is endemic.  He was tested right before coming to the USA and his tests were negative, but the parasite can remain dormant for up to 7 years, so his new family must commit to testing him annually for the next 7 years.  He is neutered, up to date on all his vaccinations and current on flea/tick and heart worm prevention.

Foster Comments:
Dorian was found in the streets of Preveza, Greece half-starved and afraid.  He was found by a rescuer that I work with often, so she contacted me and asked if I would take him in.  He was nervous and shy with people when he was first rescued, but he very quickly decided that people could be kind, and he has become a huge love-bug.  Dorian has a fabulous nature – he is neither dominant nor submissive with the other dogs… just friendly and happy-go-lucky with everyone.  There was one dog in Greece that he did not get along with, but he has been fabulous with more than 12 different dogs in his foster home since coming to the USA.

Dorian loves to play with his setter siblings and toys and he enjoys chewing on bones and kongs.  He also loves to eat.  He tends to scarf down his food as fast as he can – which isn’t surprising given how he was found or how skinny he still is.

Dorian also loves his human family.  He is content to explore the yard with other dogs for a while, but then wants to come in and be with his people.  He LOVES to cuddle and is always looking for affection.  He loves having his face rubbed and he enjoys being groomed as well.  As long as someone is giving him attention, he is happy.  He likes to be close to you and will rest his head in your hand or your lap and close his eyes peacefully. If you are willing to let him lay beside you on the couch, he is quite content to calmy just be near you.

I would like a home for Dorian where he will be welcome on the couch with his people and where he will not be home alone for very long hours.  He is too social and really wants the company of people and other dogs.

Dorian is an absolute love and his new forever family will be very lucky to have him! 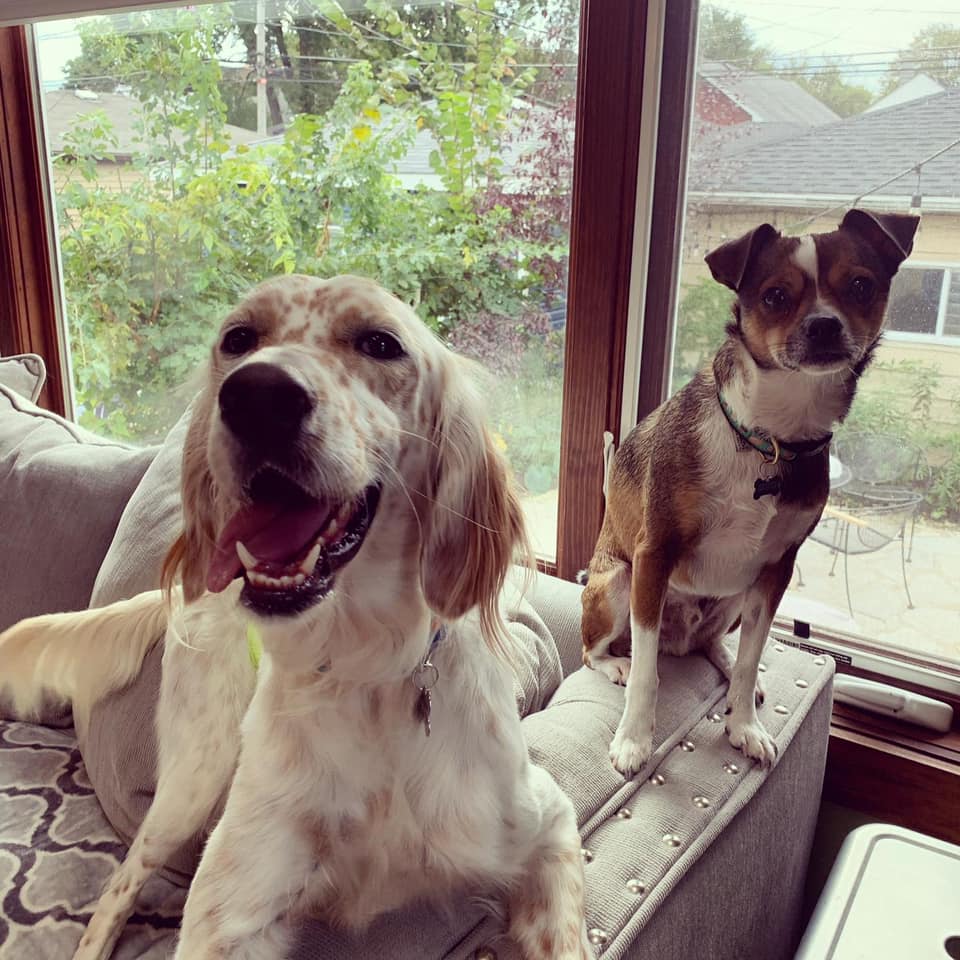 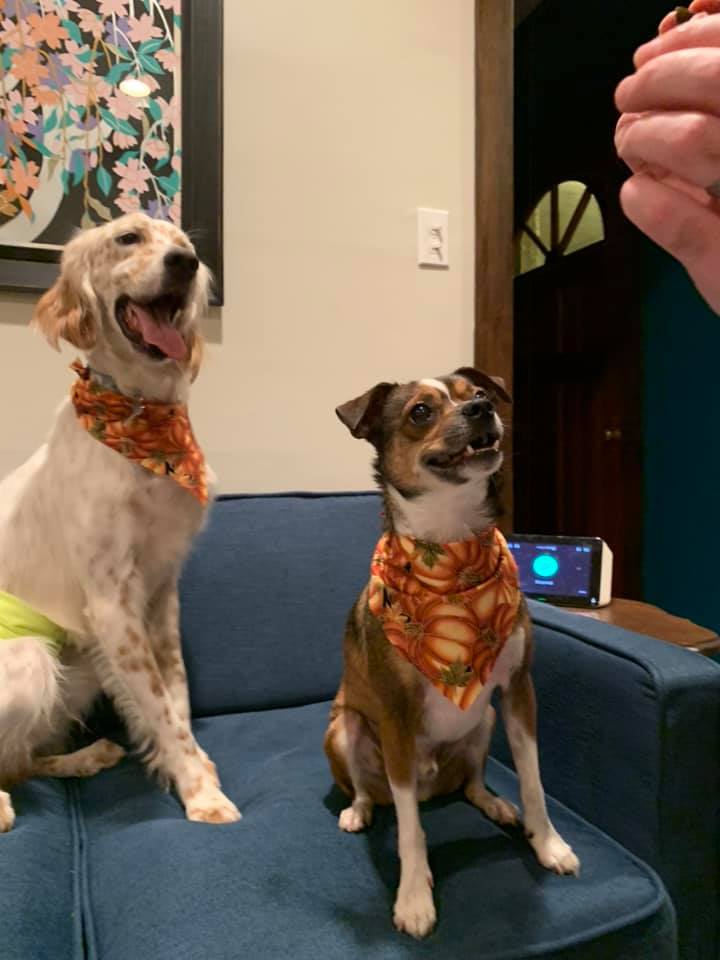 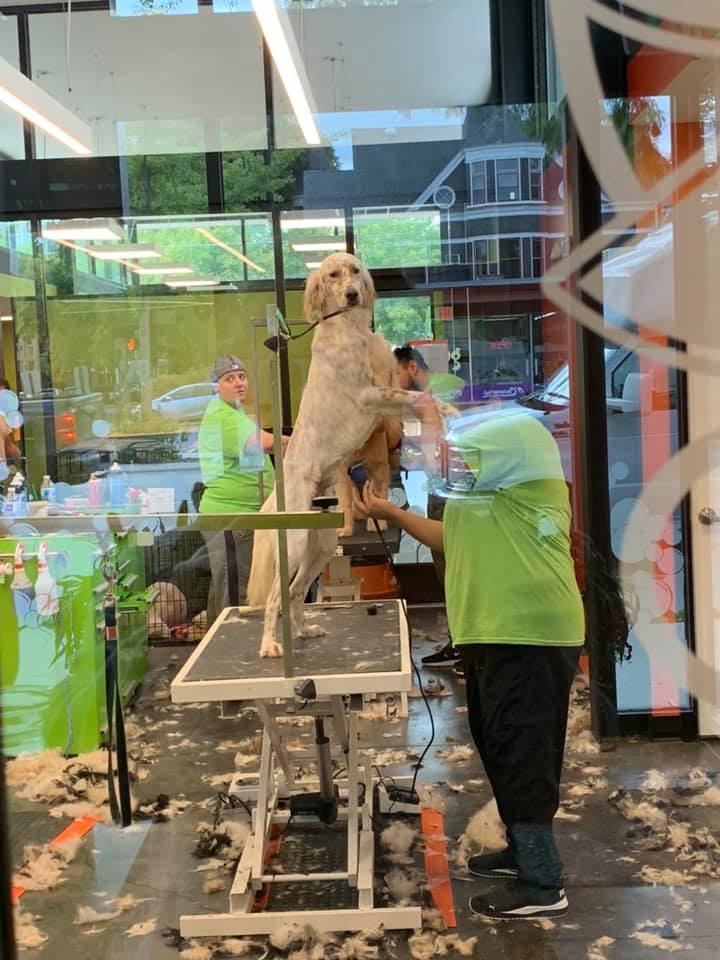 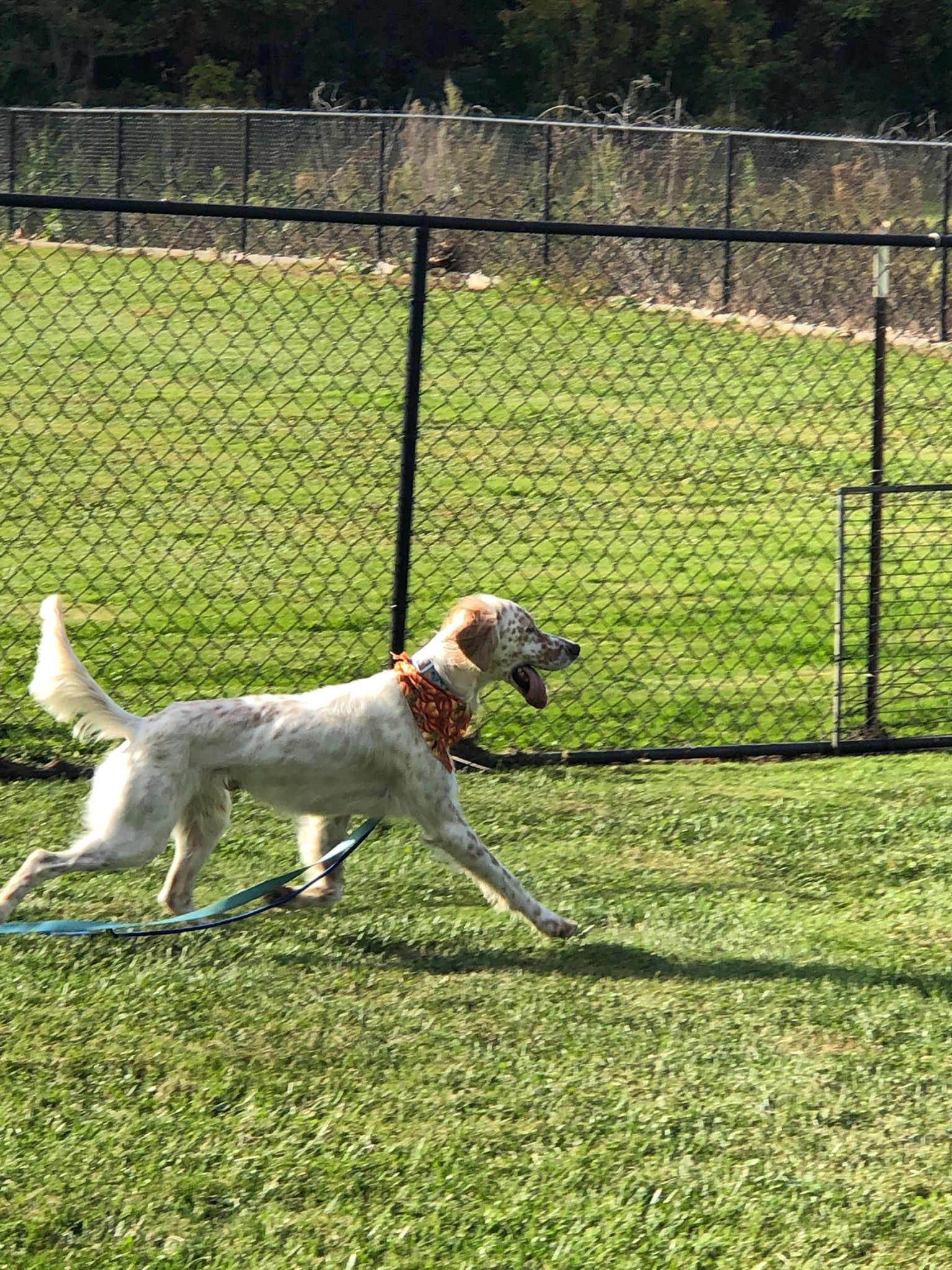 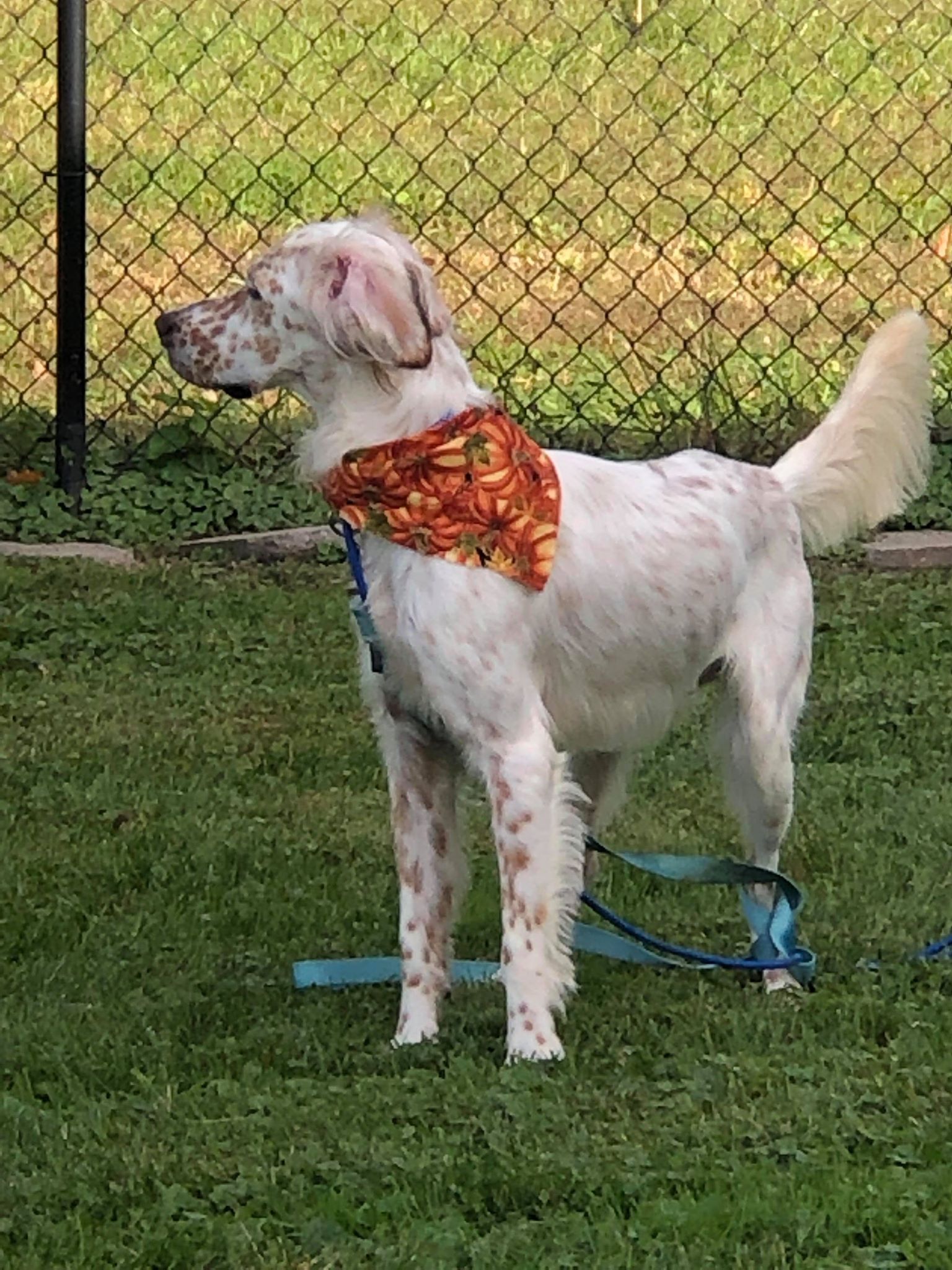 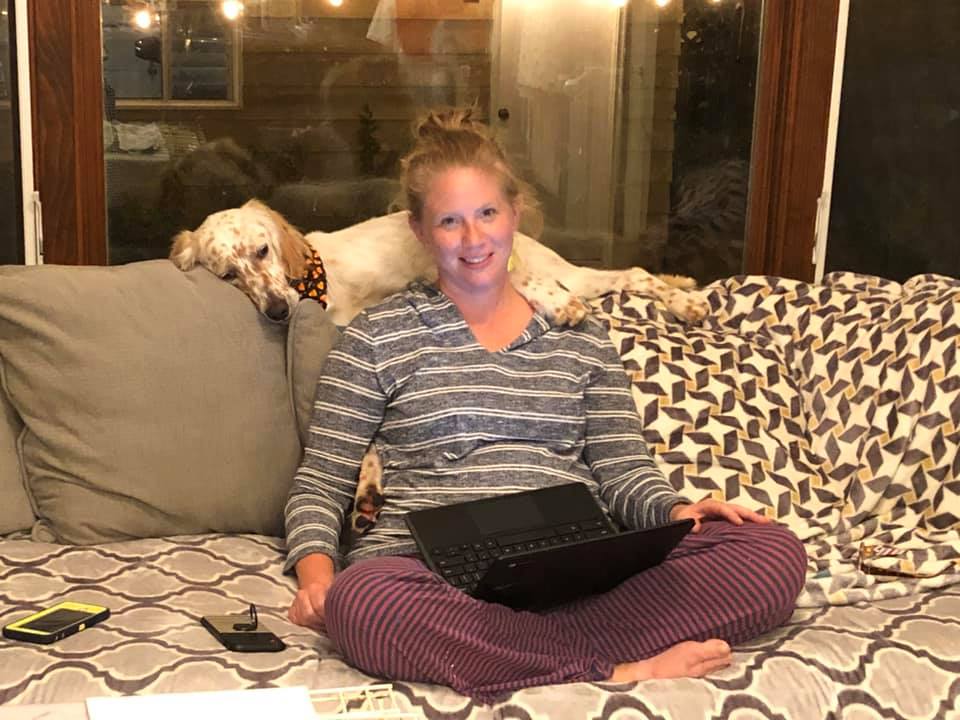 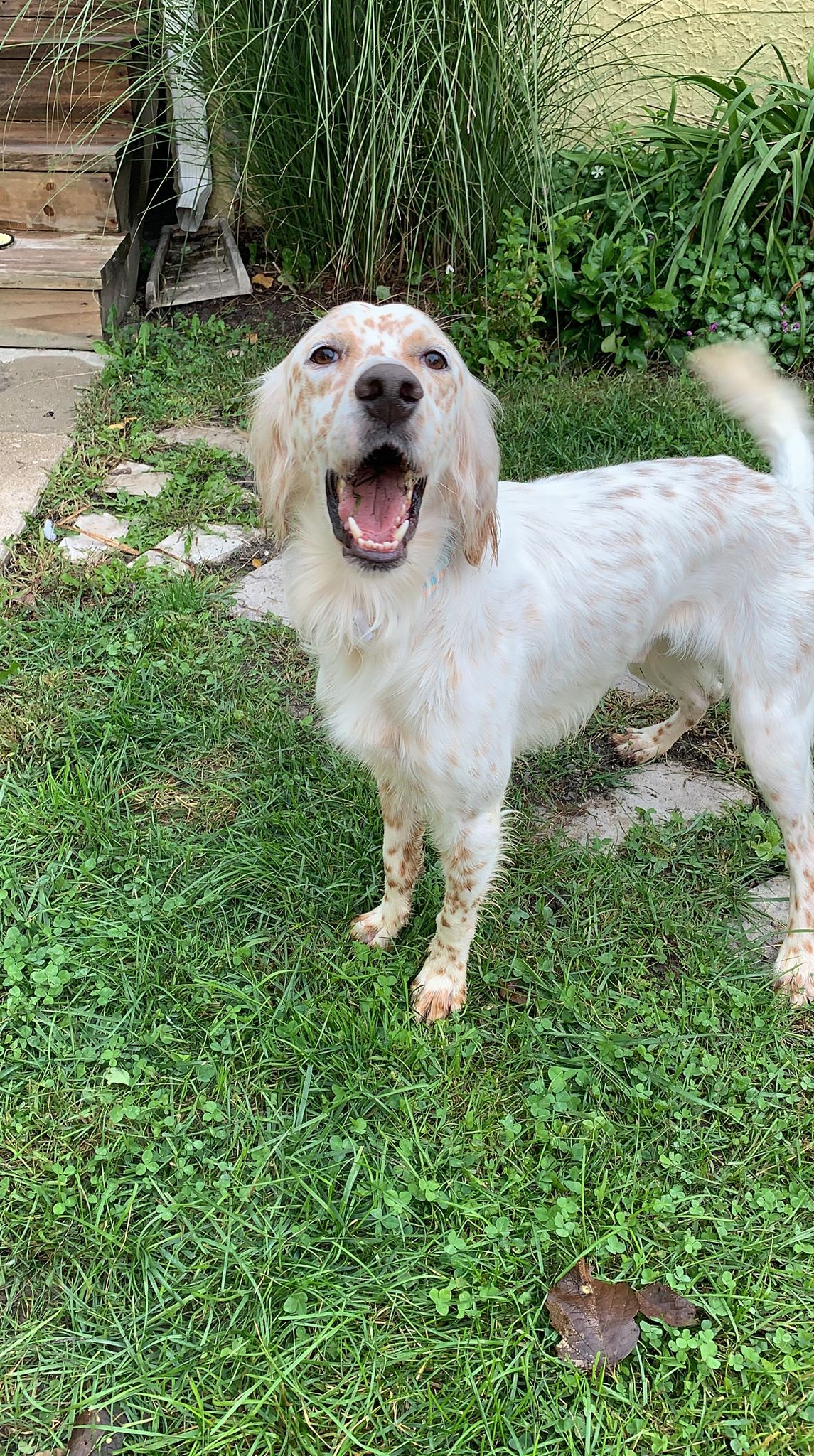