Good with Children: Apollo hasn’t been around children, but he is such a passive, gentle dog I can’t imagine he would have issues.  It would be important that he is introduced slowly and that the kids have a good understanding of how to properly interact with a dog.

Good with Dogs: Yes, super good with other dogs…small, medium and large.  He has 2 foster brothers and a “half-brother” who comes to visit quite regularly.  He engages appropriately with all of them. He also goes to the dog park every day and has a blast there with the other dogs.  I have never seen him show any signs of being aggressive with any other dog.  He loves to play and loves, loves, loves to run.  He is fast!  He is a bit “birdy” and is aware of squirrels!

Good with Cats: Unknown, he is very curious so he might get in their “business” more than they would like but it wouldn’t be to hurt them…just very interested in them.

House trained: We are going on 2 weeks of no accidents in the house.  He used the doggy door almost immediately but didn’t realize that also meant he could go potty while he was outside.  We started back at the beginning of training and he has really done well.  He now goes potty immediately when he goes out rather than sitting there wondering why we were out there! 😊 It took him awhile to understand that grass could also be used for poo.  He used the patio and sidewalk but has now moved into the grass.  I’m happy with his progress…he just didn’t know any better!

Crate trained: Apollo has not been in a crate at all while he’s been with me.  I don’t know if he is crate trained.  He has been sleeping with me and my other dogs since the day he came to live here.  He is SUPER good in bed…. finds his spot and stays there.  He doesn’t get up during the night and is very good about waking me up in the morning before we head out to the backyard.

Leash trained: I have a huge backyard so the only time he is on a leash is when we go to the dog park.  He pulls hard but is getting a little bit better.  He is heading for the gate, so I think the pulling is because he’s so excited to get there.  I will stop him and have him slow down…that seems to help.

Activity Level: Apollo likes to play…if his buddy, Gus, comes over they will go non-stop, inside and out.  But…when he’s here with my 2, he is quite content to check out the back yard and make sure the squirrels leave the yard alone.  When we go to the park, he is ALL setter and runs the whole time he’s there. He settles down right away when we get home and most normally falls asleep in the car on the way home.  He’s usually down for the night around 8:30 or 9:00 p.m.

Fence: Strongly preferred.  Apollo is fast and I think he would run if he had the opportunity.  He is impulsive and if he saw a squirrel or a bird, he’d go after them.  He loves to play in my backyard.

Training/Behavior: Apollo hasn’t had much training, but he is getting progressively better at following directions and listening.  He is good at “ignoring you” if he is doing something he likes.  He will counter surf, but I think it’s more because he’s snoopy rather than wanting anything that might be up there.  I’ve only found a couple of things on the floor when I come home, and it’s always been a utensil of some sort.  He loves to curl up on your lap and really loves looking out the window and keeping track of everything happening.  He will jump on people but will stop when told to.  My favorite thing he does is when he is at the dog park and getting tired out, he’ll stand up and put his paws on my shoulders and his head down on his paws.  Cutest thing ever!!

Medical History: Apollo is healthy, UTD on all vaccinations, and is on flea/tick and heartworm prevention. He received his Bordetella shot when he arrived at my house.

Apollo originates from Greece where Leishmaniasis is endemic. He tested negative before coming to the USA and his lymph node biopsy was negative also, but the parasite can remain dormant in the system for many years, so potential adopters must be willing to commit to annual testing for the next 7 years.  Typically, the test needs to be sent to a special lab, but any regular vet can draw the blood and send it to the lab.  The cost of the test seems to vary widely by area.  University vet hospitals tend to be less expensive.

Apollo is such a kind-hearted boy.  He loves everyone and enjoys playing with anyone willing to play with him.  He has had no trouble with other dogs at all, whether at home or at the dog park.  He adores my little guy, Ramsey.  Ramsey weighs 10 pounds and Apollo dotes on him like he’s his baby.

Apollo really wants to please his people and, when he does get scolded, he is so remorseful it almost breaks your heart! 😊 He is quite the lap dog, too.  Loves to cuddle and give you kisses.  I call him a “gumby” dog because he’s still at the age where his legs go in all different directions at the same time!  He does a great “frog leg” when he’s on the floor!!  I think a home with another dog or two would be important for Apollo.  He is so social he needs that interaction.

He will make a great addition to any family…he is a rock star! 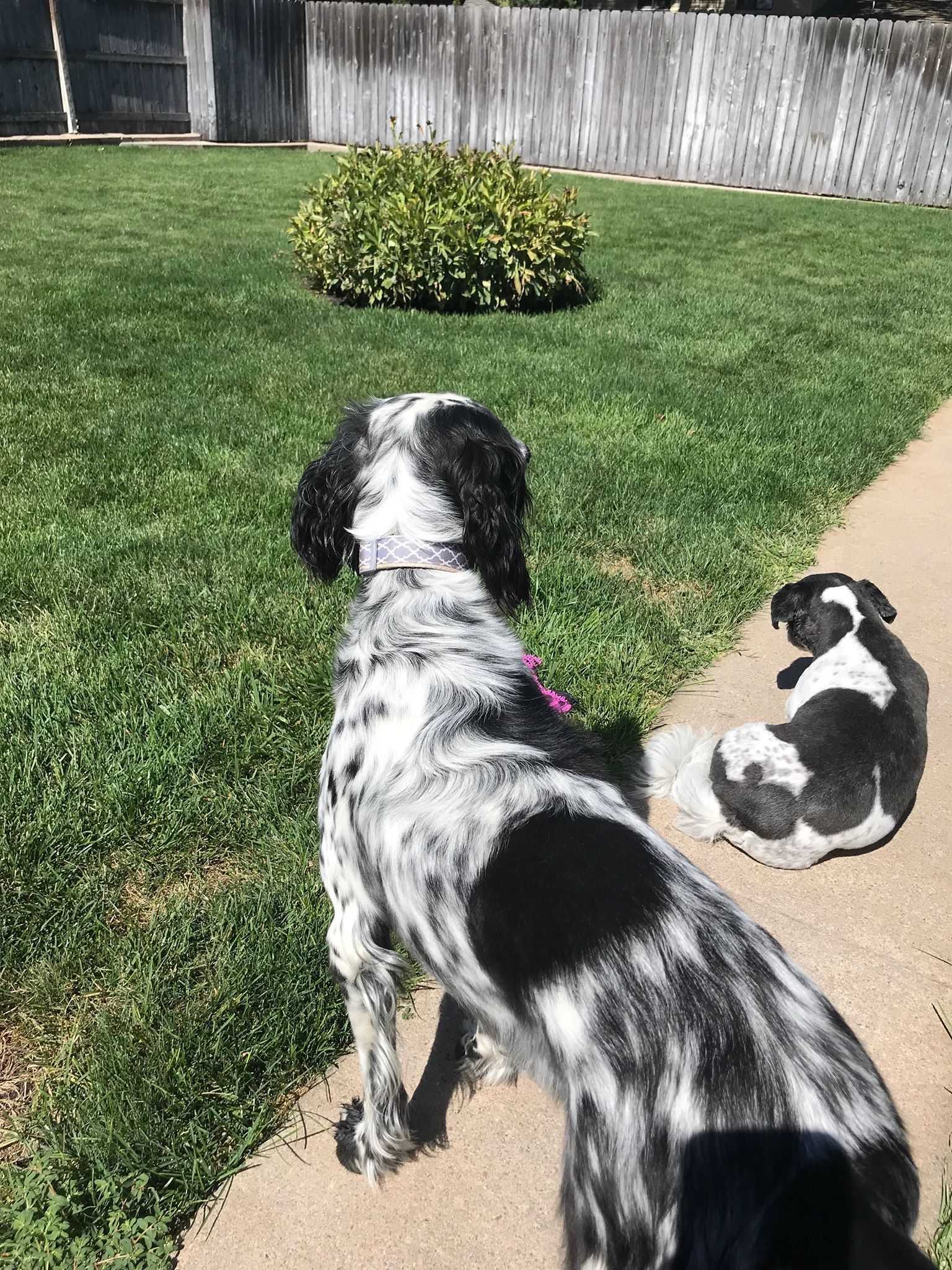 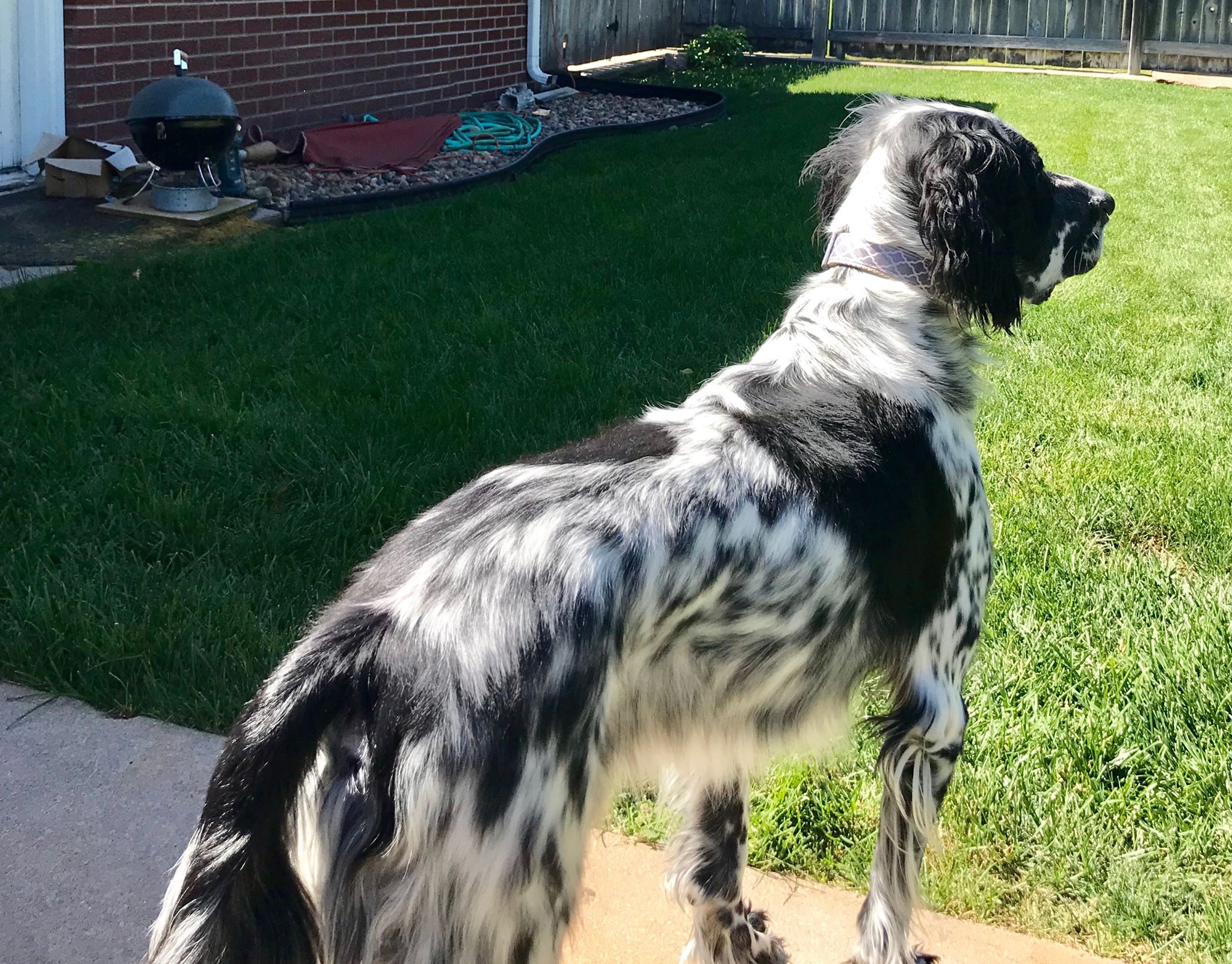 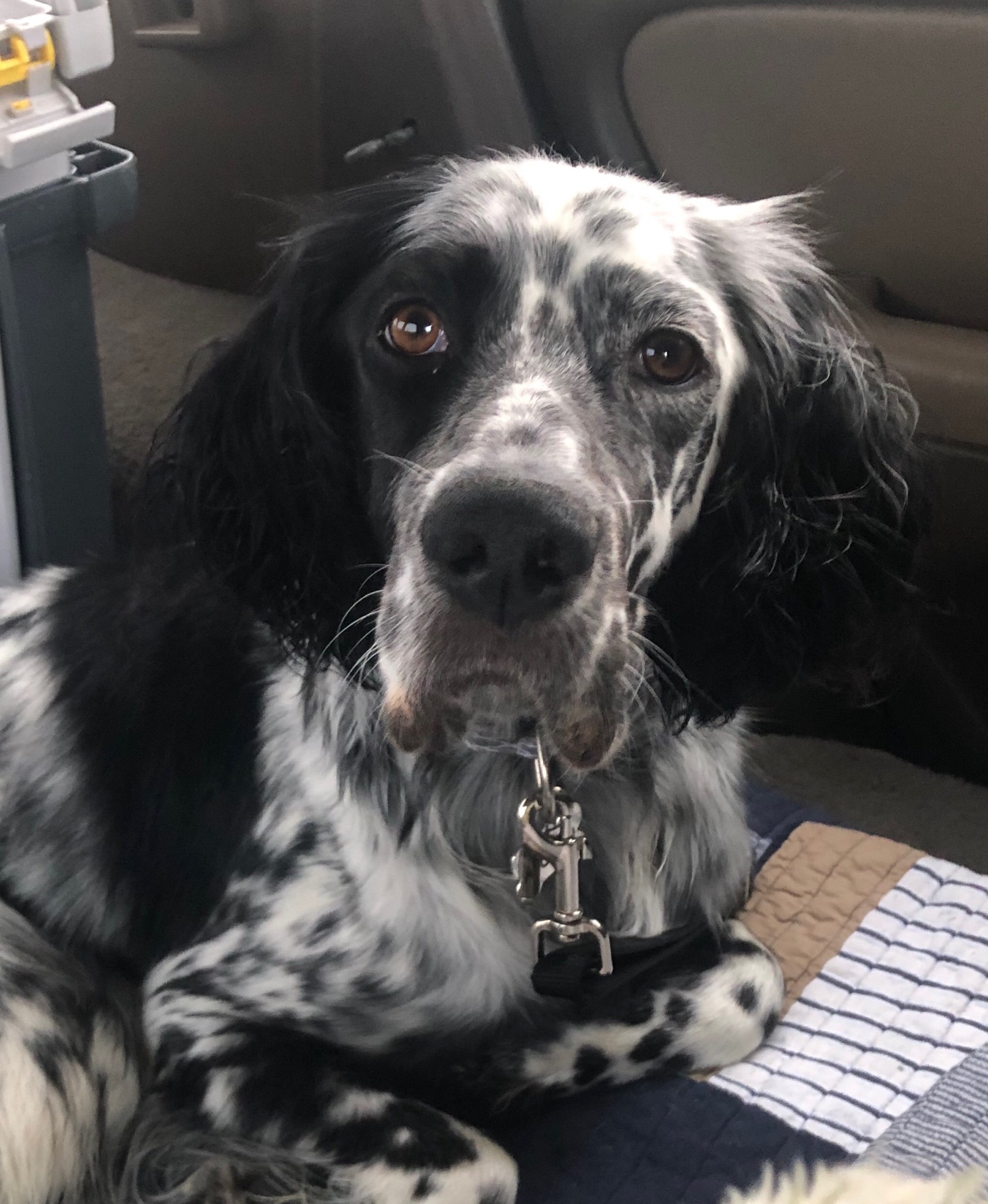 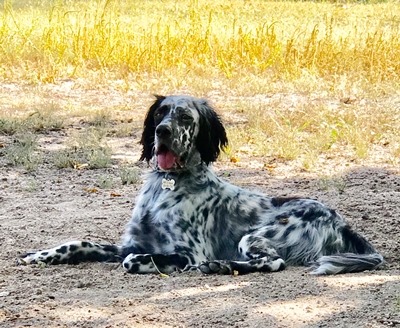 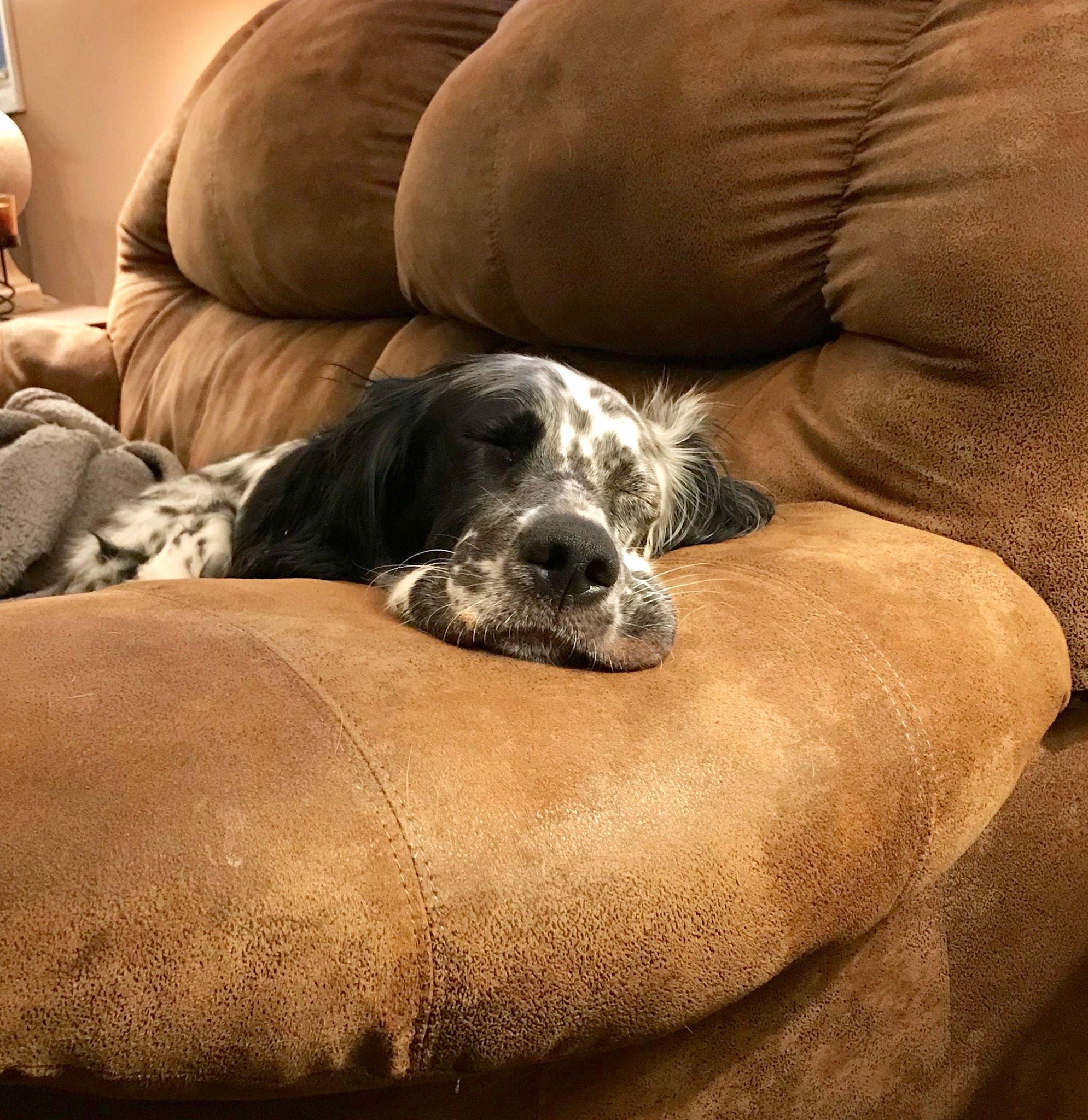 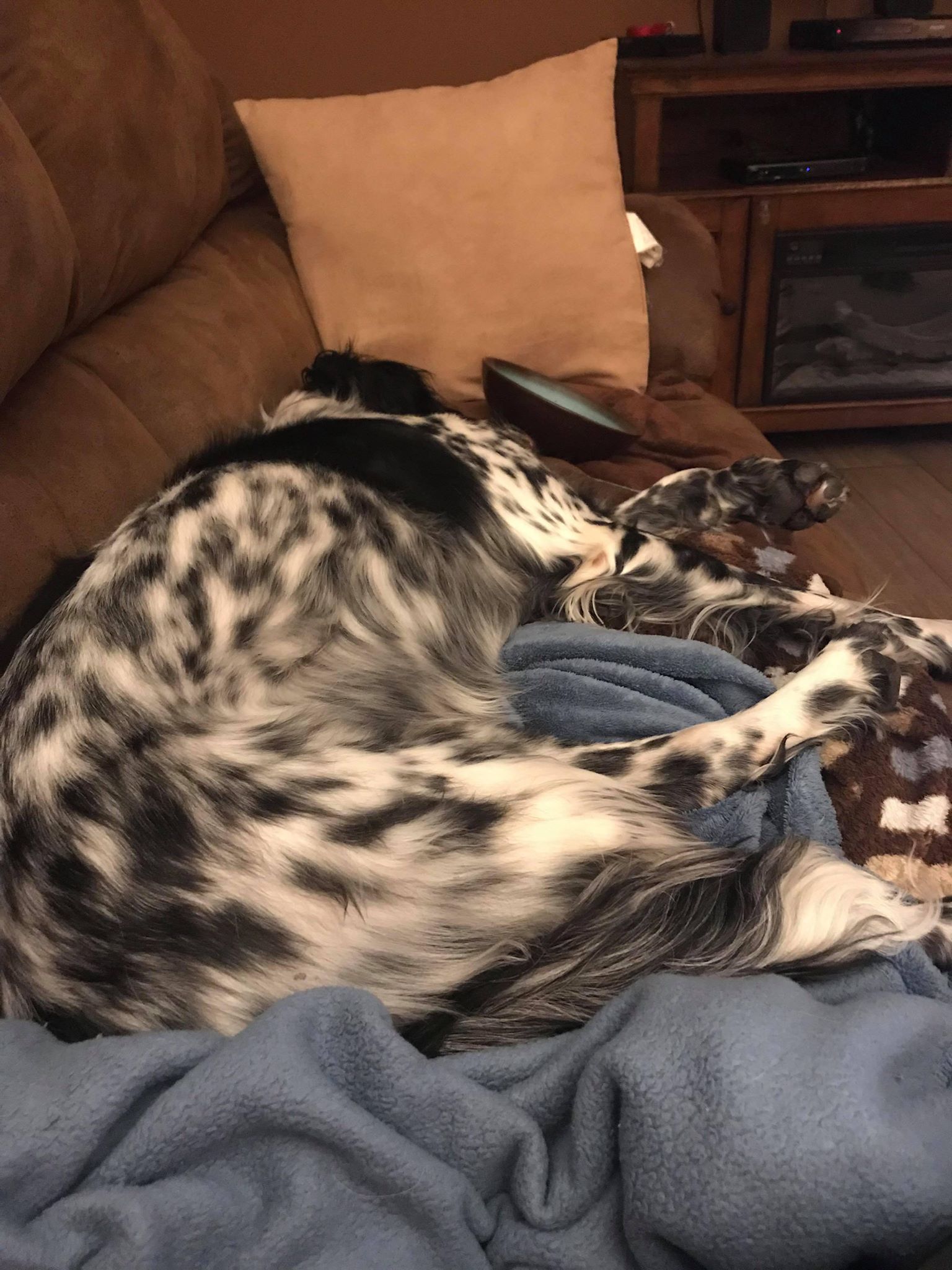