Good with Children:  Lily is very good with children and will climb right  up in their laps for attention.  She has been around toddlers to 10 yr olds.  Since she is still puppy it is always advisable that she not be left alone with very young children to avoid a toddler being knocked over.

Good with Dogs: Lily lives with dogs ranging in size from Great Pyrenees to  a Yorkipoo.  She gets along great with them and with visiting dogs.  She appears to be very bonded to her brother Logan but her foster believes that his is more of a submissive behavior and that Lily would blossom if adopted separately from Logan.

Good with Cats:  Lily lives with cats and does very well with them.

House trained:  Lily is doing well with house training but may still have an accident if not let outside often enough.  She can make it through the night with no problems.

Crate trained:  She is crate trained and easily goes to her crate at night.  She does not bark in the crate but will get excited when she hears someone get up in the mornings.

Leash trained:  Lily is OK with a leash but still needs work learning manners and not to pull.

Behavior: Lily is a lover.  She loves to wrap her arms around her foster father’s neck and give him a hug! She is always ready fo good ear or belly rub.

She takes treats nicely with no grabbing.  She is shy and will cower if approached too quickly but warms up easily. She loves having all of the attention.  Her foster believes that if separated from her brother, Logan, that she will come out of her shell and be her own self.  As of now she sits back and lets the other dogs lead the way.

Activity Level:  Lily can be very energetic outside but will settle down for a cat nap on the back of the sofa along with the cats!  She will bark inside when no one is at home but settles down.  Outside she will bark as strangers walk down the street.

Fence:     As always, a physical fence is preferred but Lily would probably learn an IF easily.  Leash walking would probably be sufficient for her. She stays inside of a 6’ chain link with no attempts to get out.

At her first visit to the vet, Lily was suspected of having sarcoptic mange even though skin scrapings were negative.  She was  treated with antibiotics and Bravecto. She is  due for a recheck the first week of August.

It is her foster’s belief that the skin condition was due to  wearing an off brand flea collar.  Lily did not have the skin issues prior to wearing this collar and things began to improve as soon as the collar was removed.

Lily is from Lesvos,Greece where Leishmaniasis is endemic. She has tested negative, but the parasite can remain dormant in the system. Potential adopters must be willing to commit to annual testing for the next 7 years. Your vet can draw the blood and send it to the lab. The test typically costs $120-150 but varies from vet to vet.

Foster Comments:  She is approximately 9 months old. She is spayed, UTD on shots and microchipped. She is a sweet girl with a ton of energy. She needs to work on leash manners. She is not completely potty trained, but she will catch on quickly if put on a regular schedule. She is kennel trained. She loves to be outside and run. When inside and settled down she is quite the snuggler and anxious to be your best friend. She will kennel up when told to. She takes treats very nicely. She enjoys bath time. She has been in a foster home with several other dogs, various sizes and 2 cats. She has not had any issues between any of them. She has not had any problems being around kids except that she is rambunctious and still a puppy. She is very smart. 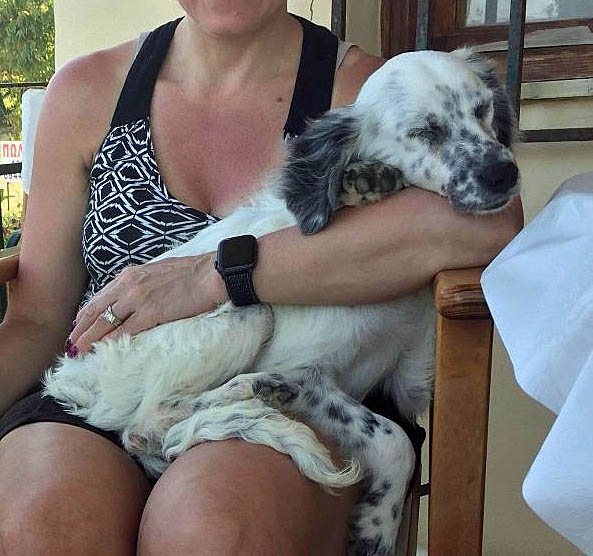 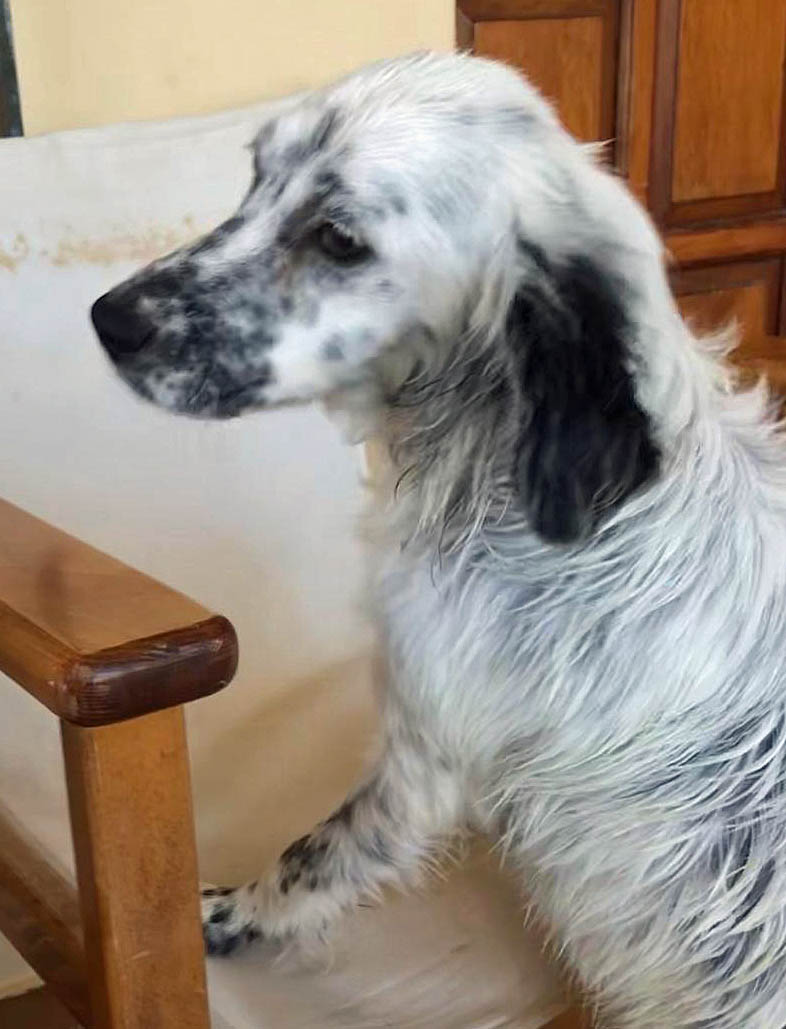 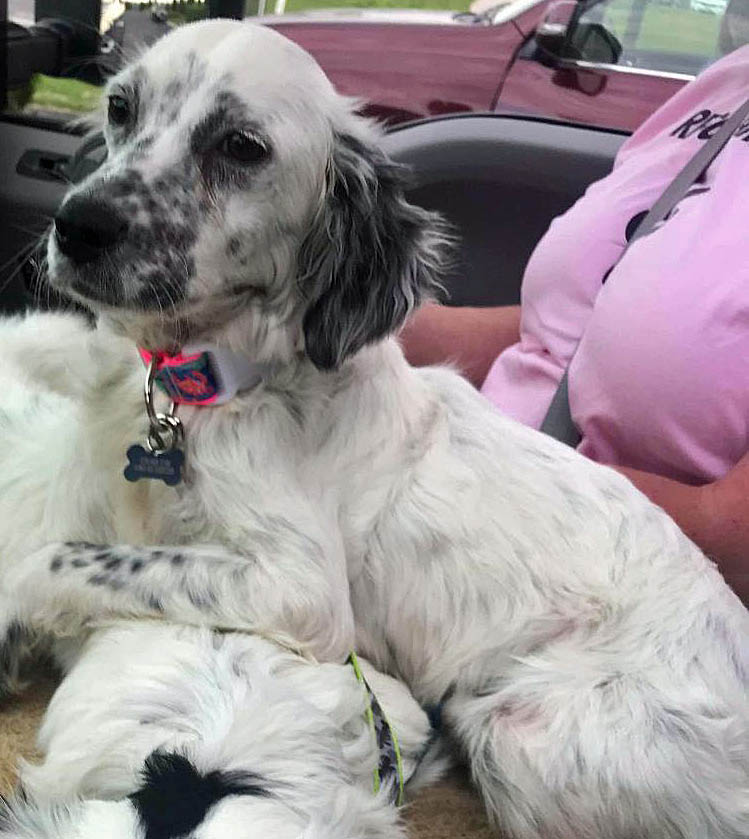 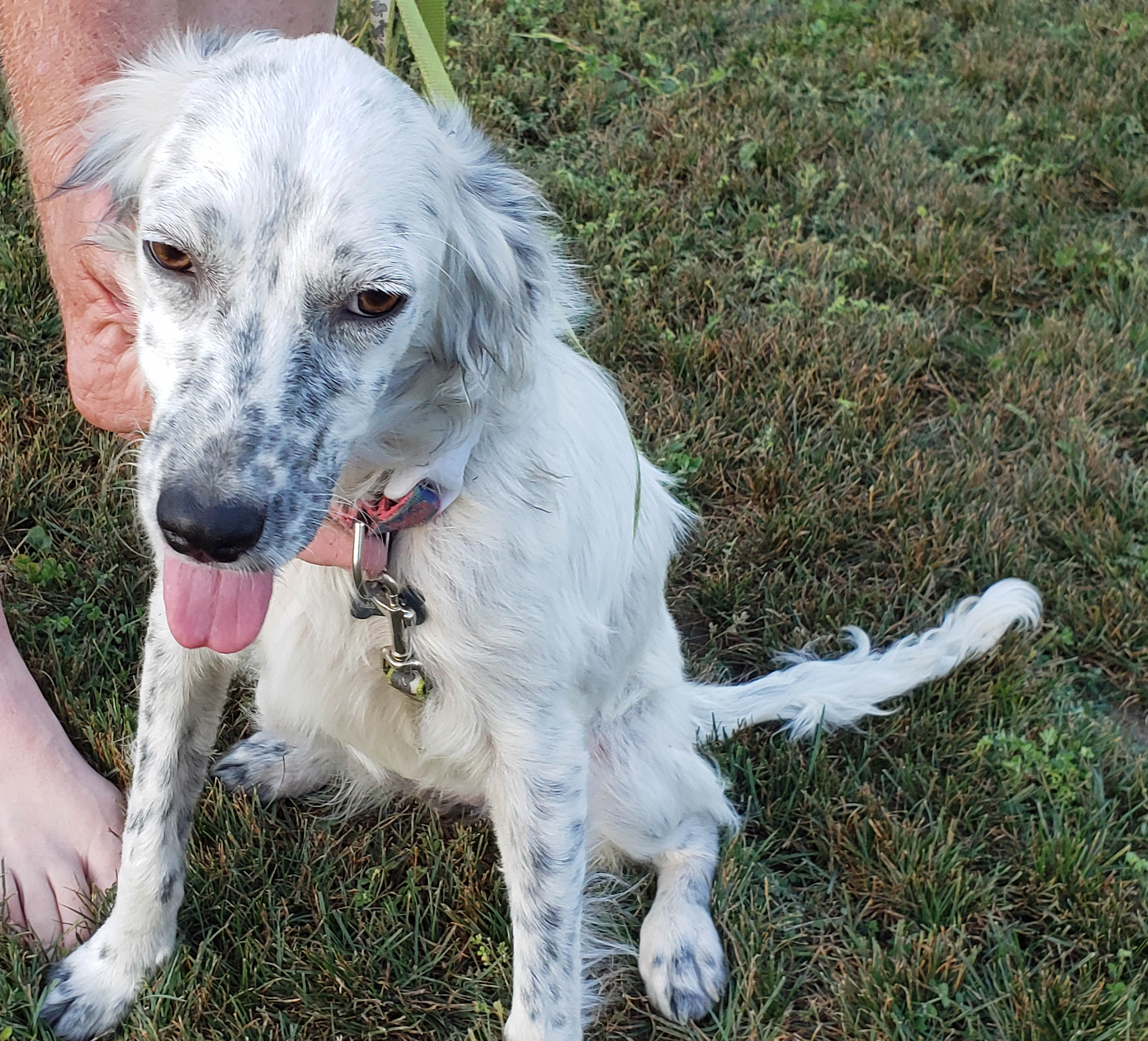 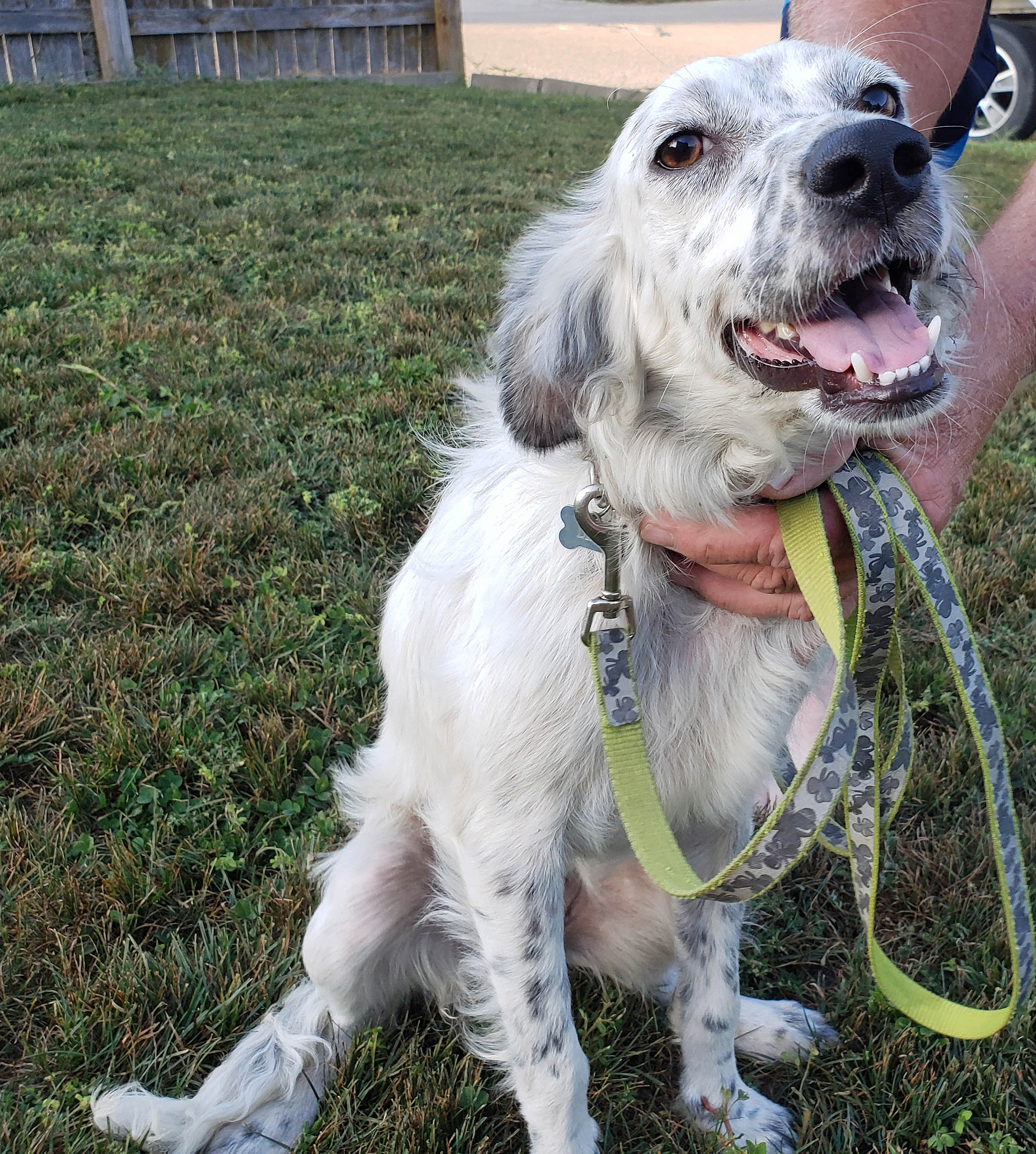 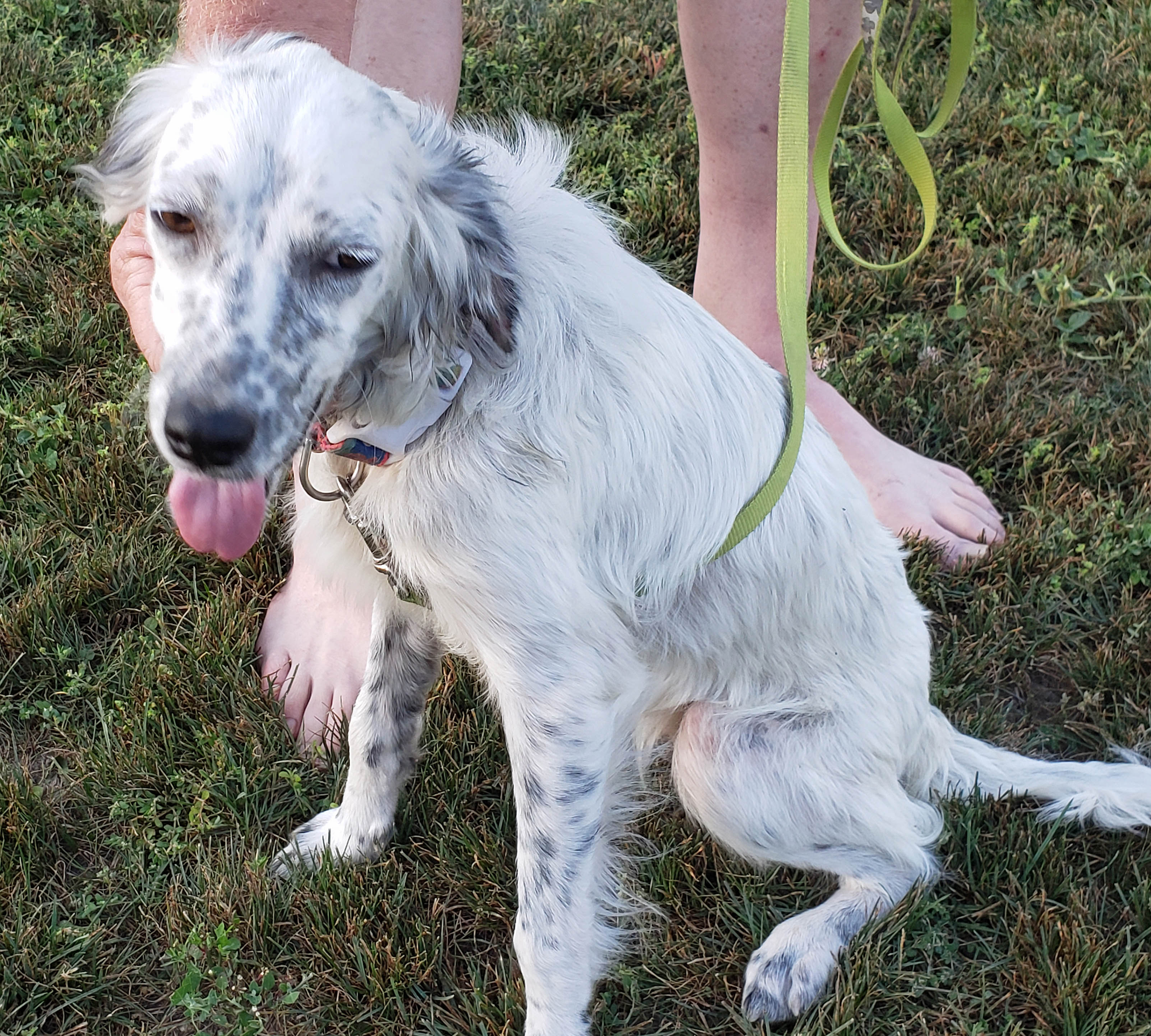 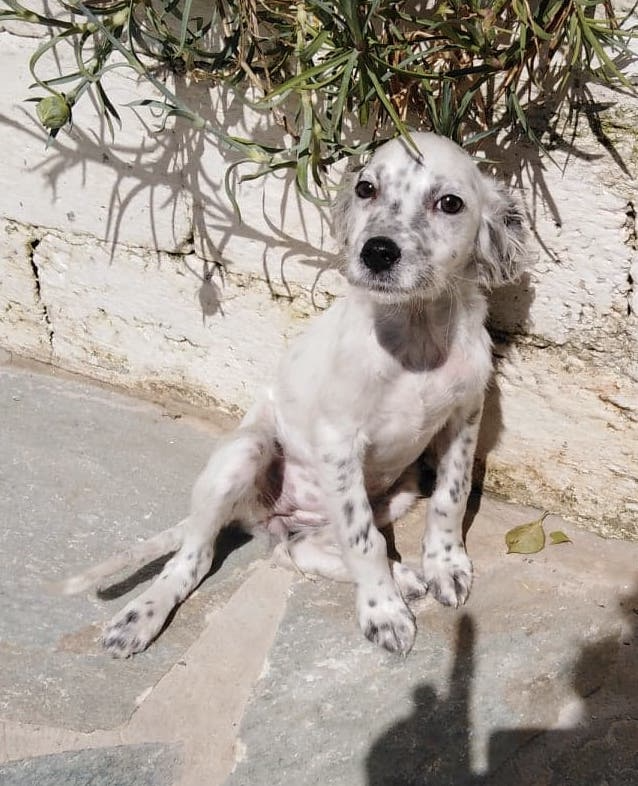