Good with Cats: Will chase

Activity Level:  Laredo is definitely a herding breed with possibly some English Setter mixed but he’s medium energy.  He is a sweet boy that likes to snuggle, hike, & play with the other dogs.  He likes toys & bones and will entertain himself.

Fence:  Laredo prefers to be inside with his human but will occasionally go out and hang in the yard or wrestle with his 140 lb. foster dog brother.  He isn’t high energy so could be leash walk only.  Daily activity is needed since he does have the herding dog personality.

Behavior:  Laredo is a happy friendly boy who is a good combination of outgoing and curious but very sweet, gentle, and well mannered.  He likes brushing and will allow his nails to be trimmed.  Was initially a bit afraid of sprayer when bathed but with massages & praise he did fine.  He rides great in vehicles.  He does still do puppy mouthing when playing with his human but will listen when told to be gentle.  Initially had a bit of nervousness and fear of new things but it was a long 4-day trip to his foster home & he recovered in a few days.  No fear of storms.

Medical History:  Healthy, up to date on shots & preventatives, will be neutered, & microchipped.

Foster Comments:  Laredo aka Cooley is a super smart boy that found himself in a TX shelter.  He is sweet gentle boy who enjoys human attention and is good with other dogs.  He has good manners, thinks he’s a lap dog occasionally, and follows me everywhere.  He is in the house with 4 other dogs & met a bunch on his 4-day transport to his foster home without incident.  He loves to go on walks and walks great.  He is a thin boy although the vet says perfect weight.  Hair looks like setter but feels a bit rougher.  I work from home and he keeps himself entertained all day with toys, bones, and naps.  He immediately wants to make friends with new dogs & people.  He would be fine with kids but does still do puppy mouthing when we play.  He even met a few pups at the vet office & he just wanted to play.  Hasn’t shown any aggression with the other 4 dogs in the house or humans with food or bones although he does still eat in his crate, doesn’t need to be crated when I leave the house.  He has a super intelligent herding dog personality so very easy to train but not high energy.  Learned sit, down, shake, and leave it commands in a few days and just wants to please his person. 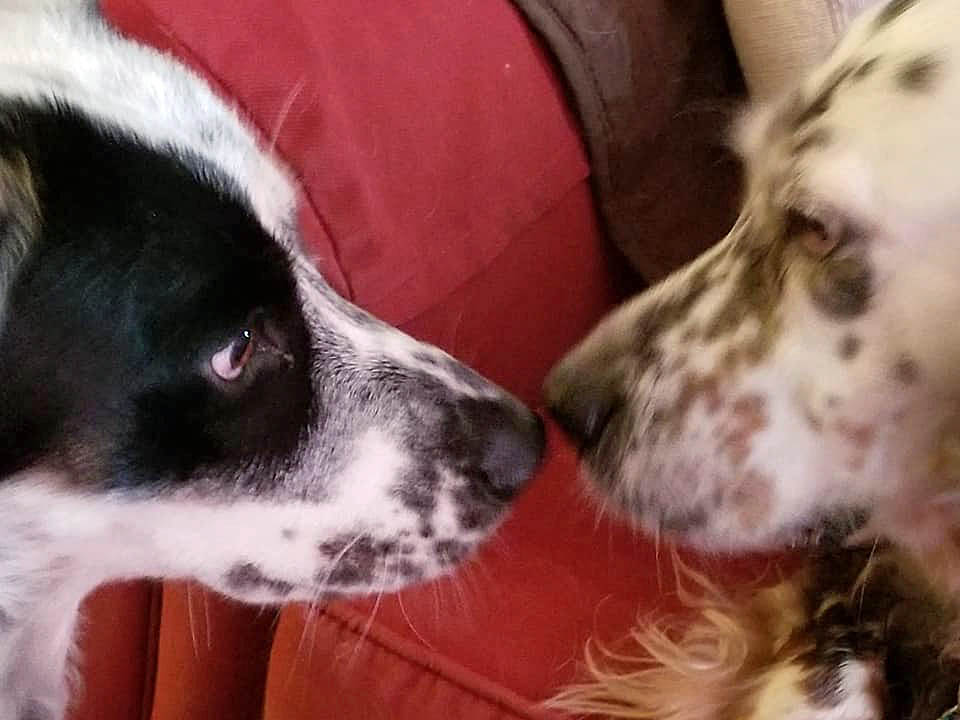 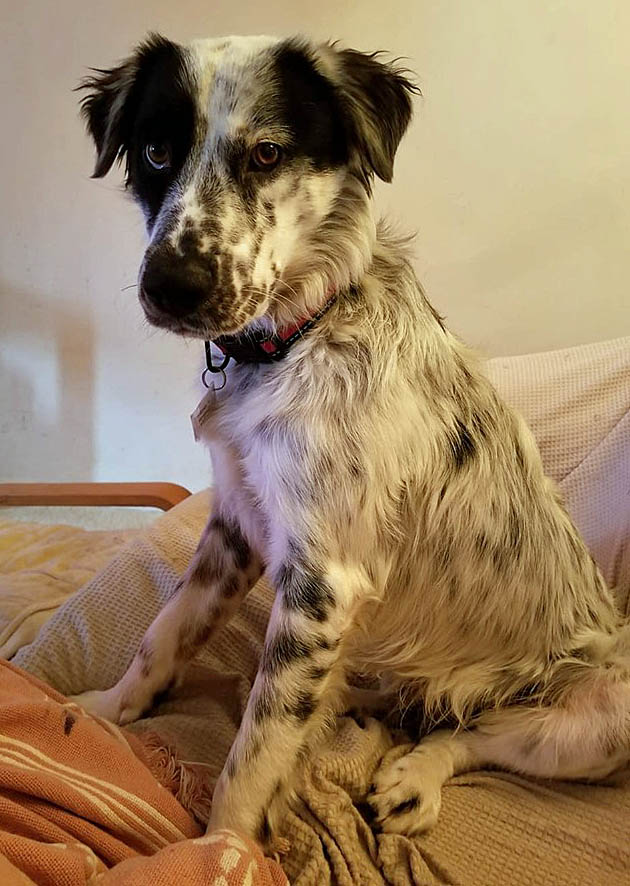 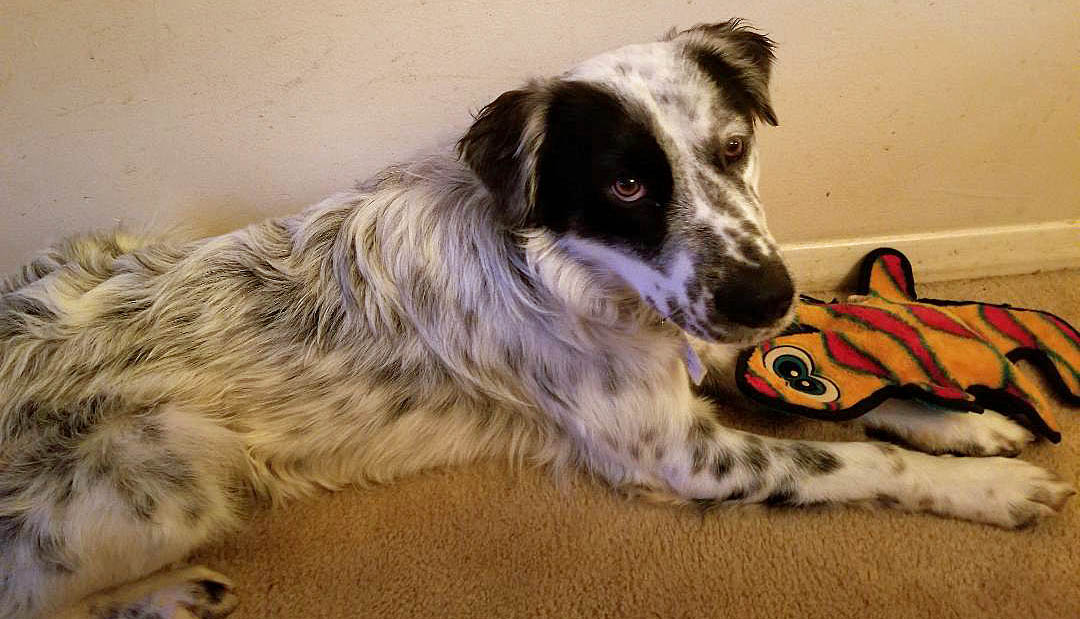 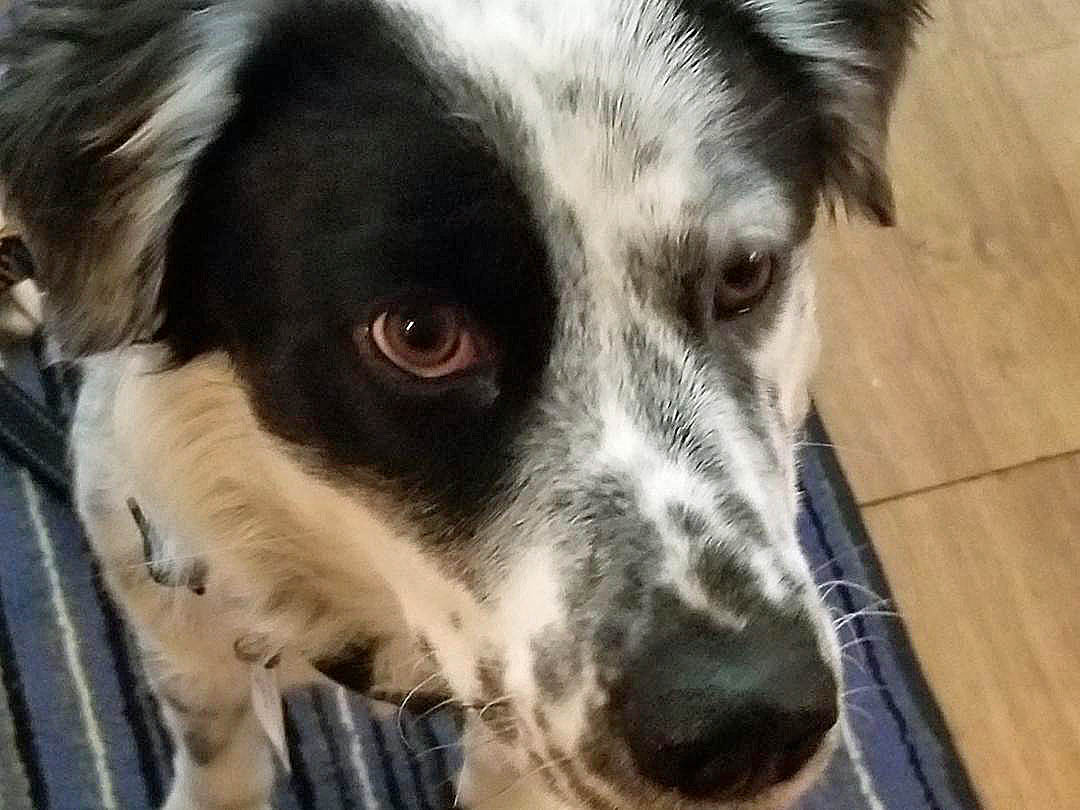 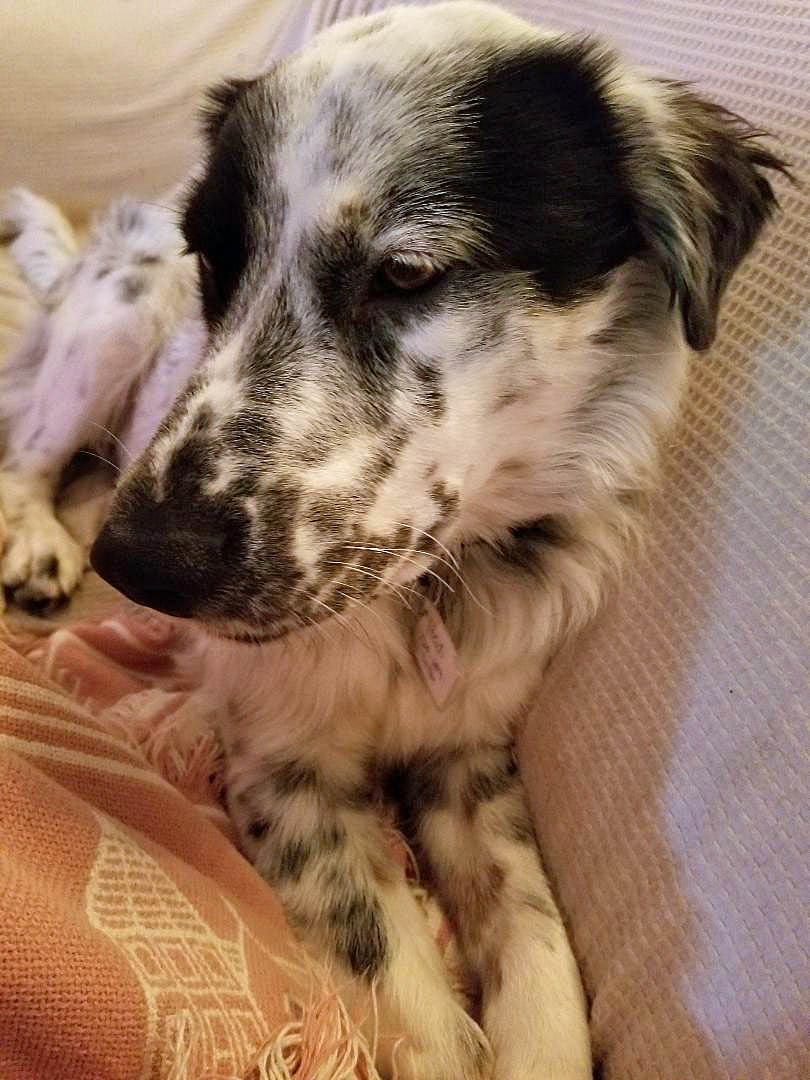 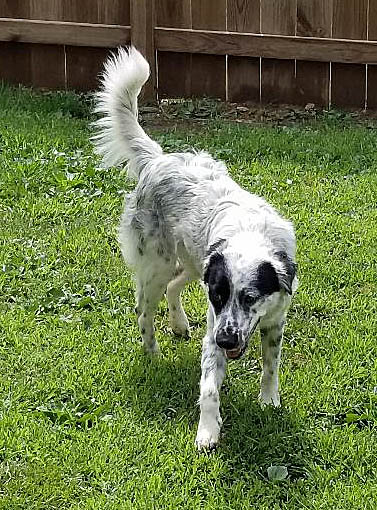 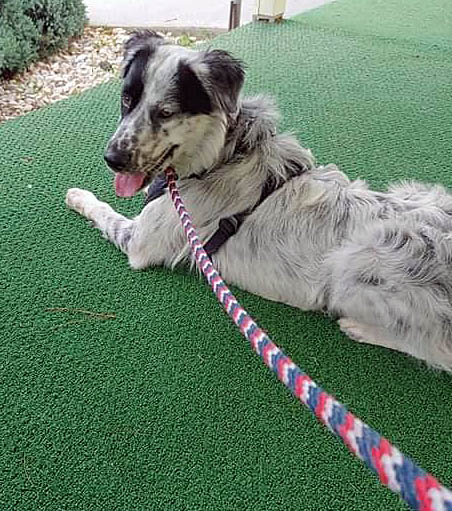 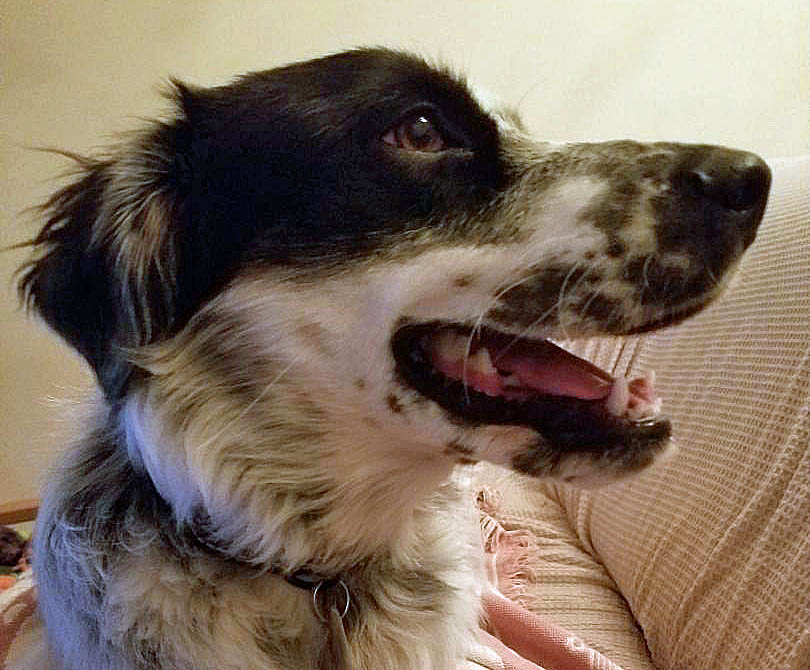